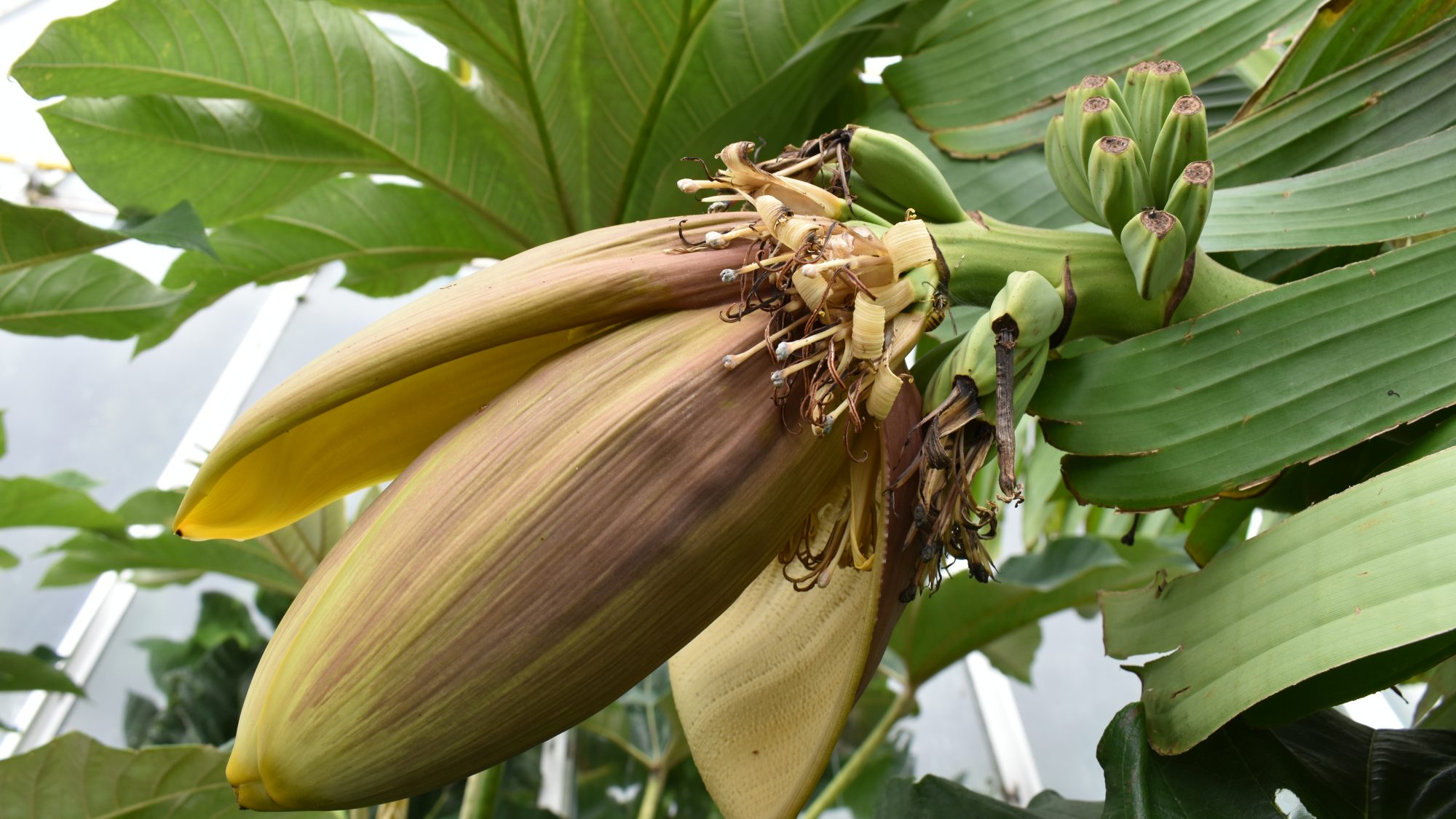 A close look at the Japanese banana in the Glasshouse Bays will reveal flower and young fruits.

Musa basjoo, with its vast paddle-like leaf blades, is often grown to add a tropical hint to plantings. Here it is one of a trio of bananas grown and overwintered in this warm, sheltered microclimate, the others being Musella lasiocarpa (golden lotus banana) and Ensete ventricosa (Abyssinian banana). All are suckering herbaceous perennials with paddle-like foliage, and M. basjoo is the largest of the three, ultimately reaching a height of 15 m. It has glossy green stems, which become papery with age, and the arching leaf blades can reach 3 m in length, though often tear in the wind to take on a tattered appearance. In warmer conditions it produces terminal spikes of pale yellow or cream flowers with large brown bracts, and small yellow-green inedible fruits, which nestle amongst the lush foliage. Though grown on the Japanese Ryukyu Islands where it was believed to be a native, it is now thought that the Japanese population was introduced from Sichuan, China, where natural populations occur.