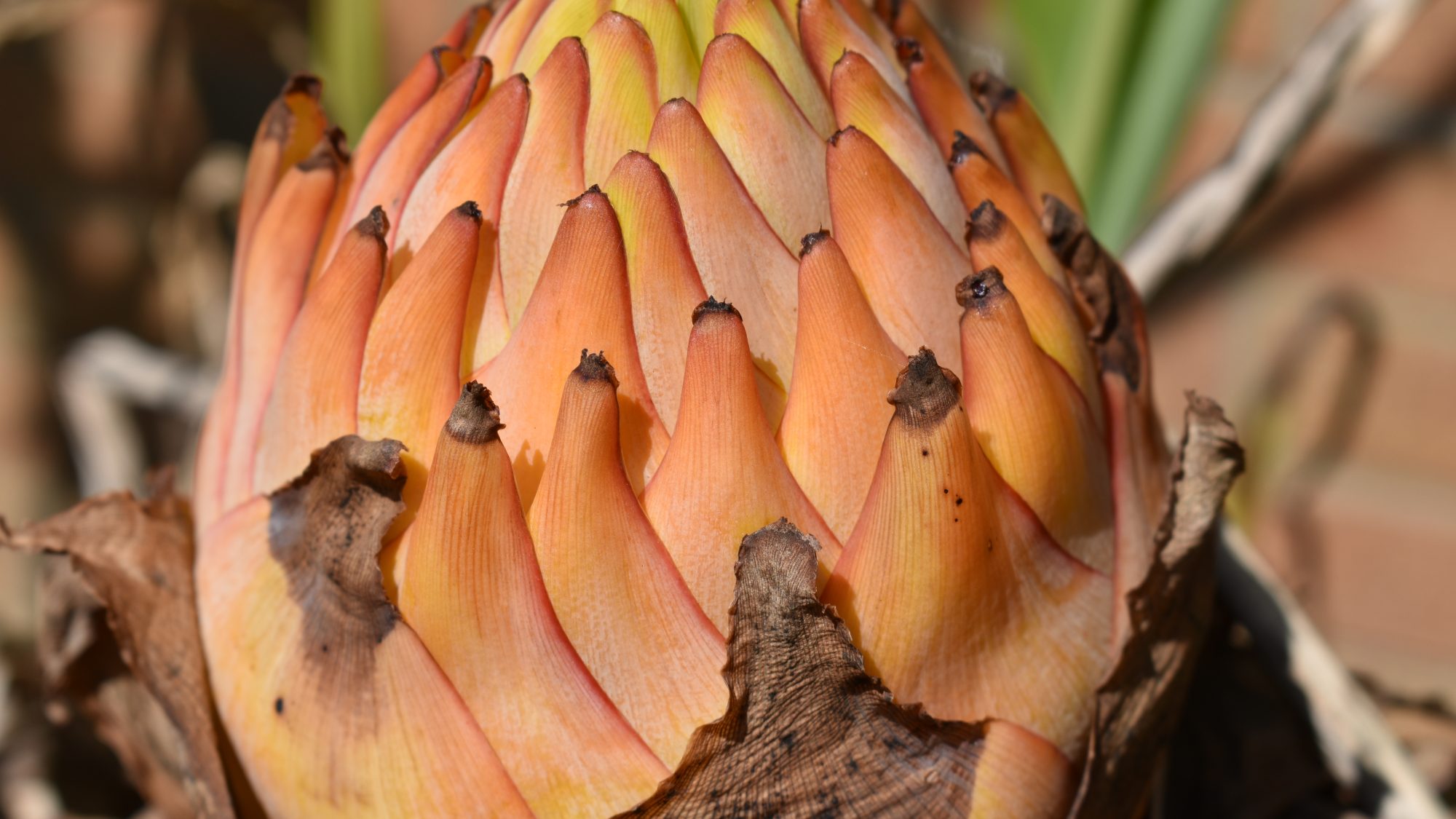 This borderline hardy banana is showing its lotus-type flower in the Glasshouse Bays.

Though surviving winters in this sheltered location, Musella lasiocarpa generally requires winter protection, either being lifted and grown under glass, or given a thick, protective mulch. It also requires a rich, moist soil. A native of China, Vietnam, Laos and Myanmar, where it grows in mountainous regions to altitudes of over 2000m, and it is commonly called the Chinese dwarf banana, or golden lotus banana. Today it is considered a mono specific genus, though it has previously been assigned to the more familiar banana genera of Musa and Ensete. The lotus-like flowers are produced from the tip of the trunk-like pseudostem, from which also emerge erect, grey-green, paddle-like leaves. The flowers will persist for several months and will produce inedible fruits to 6cm in length. The specific epithet lasiocarpa means woolly-fruited.