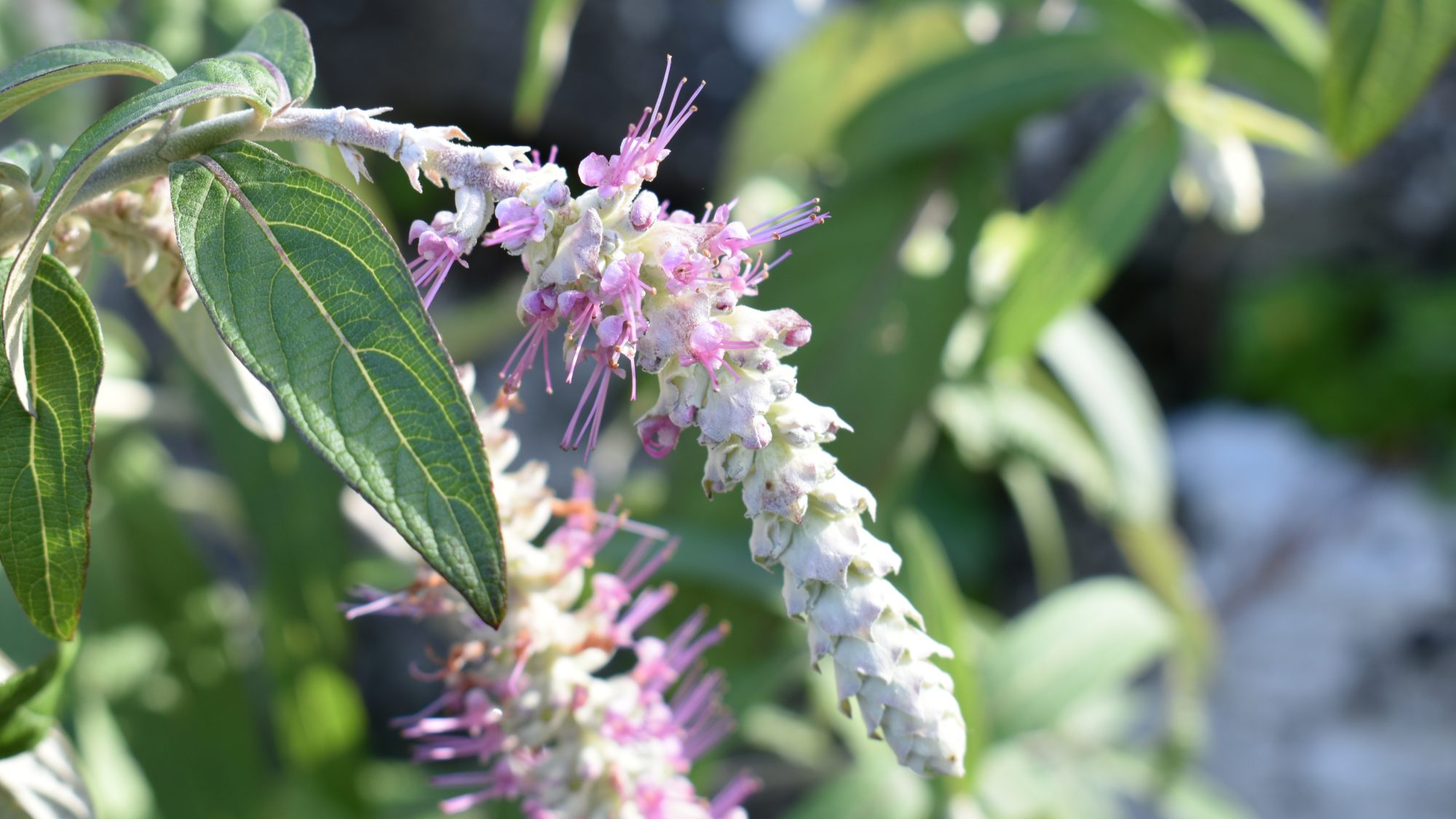 This unusual shrub is in full flower on the Limestone Rock Garden.

A native of Afghanistan and the Himalaya, Nepeta brachyantha grows in rocky crevices, ledges and screes. It is one of 250 members of the genus Nepeta, which occurs throughout the northern hemisphere, and which comprises predominantly herbaceous perennials. N. brachyantha is one of few woody members of the genus, having a woody rootstock. In autumn it produces attractive pendent cymes which are covered in protective hairy bracts, from beneath which appear short, tubular, pink flowers with prominent stamens. The specific name brachyantha literally means short flowers, which is an appropriate name for this species, whose corolla barely emerges beyond the downy calyx. Nepeta belongs to the mint family (Lamiaceae), whose members have two-lipped flowers and square stems, which can both be seen in this species, though the square stems are only apparent in the younger growths.