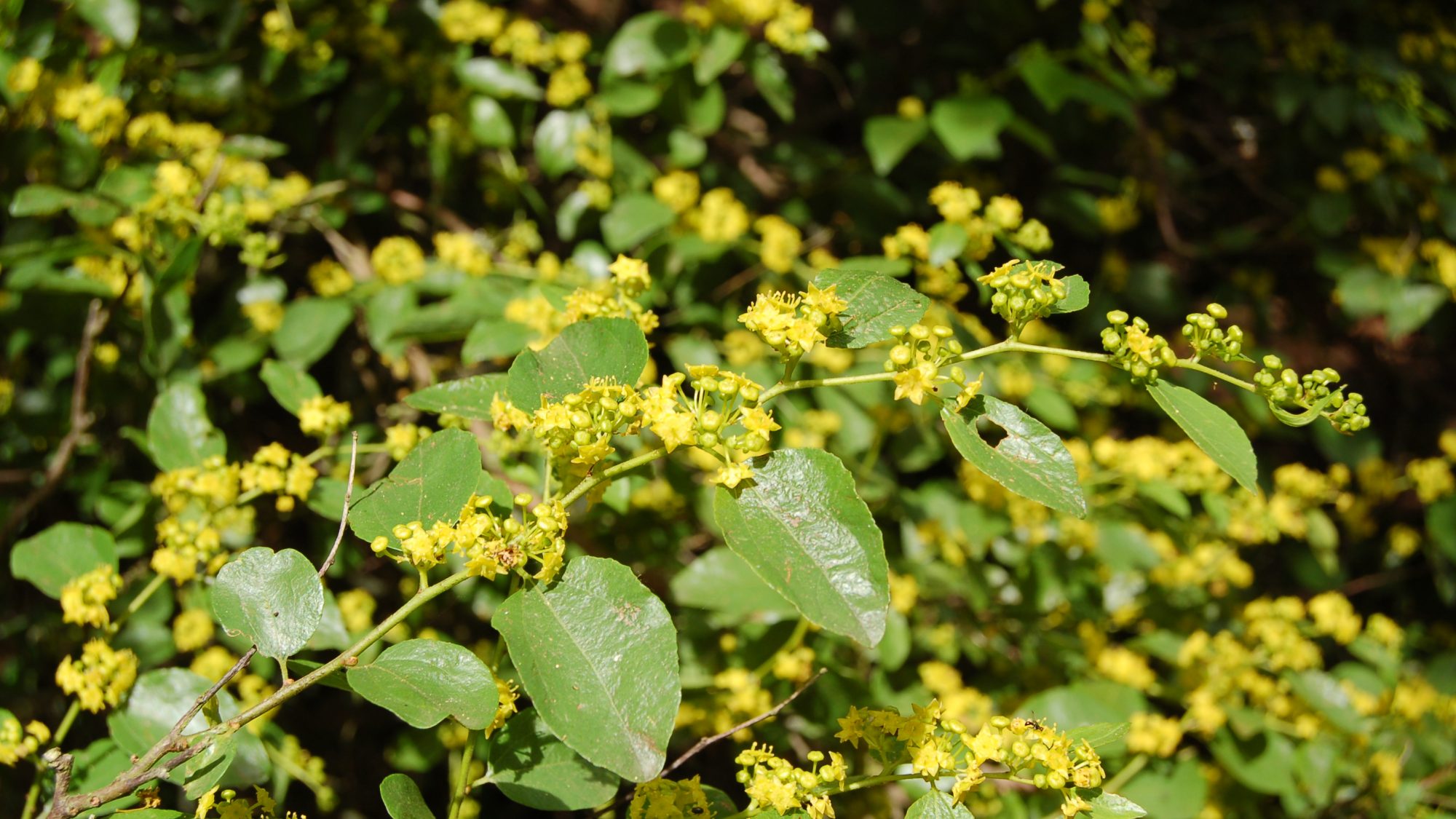 This sprawling shrub is displaying a mass of small flowers in the Gilbert Carter Woodland.

A member of the buckthorn family (Rhamnaceae) the genus Paliurus comprises eight species of spiny trees and shrubs. P. spina-christi occurs in southern Europe, the Himalaya and western China. It has an open habit and slender stems covered in unequal thorns, and it is reputed to have been one of the species which made up Christ’s crown of thorns, hence the common name ‘Christ’s thorn’. The ovate, glossy leaves are three-veined, and cymes of small, yellow, star-shaped flowers are produced along the length of the stems in summer. These are followed by winged woody fruits. It is said to require full sun, but here in the Garden it flowers well in the shade of surrounding trees and shrubs.