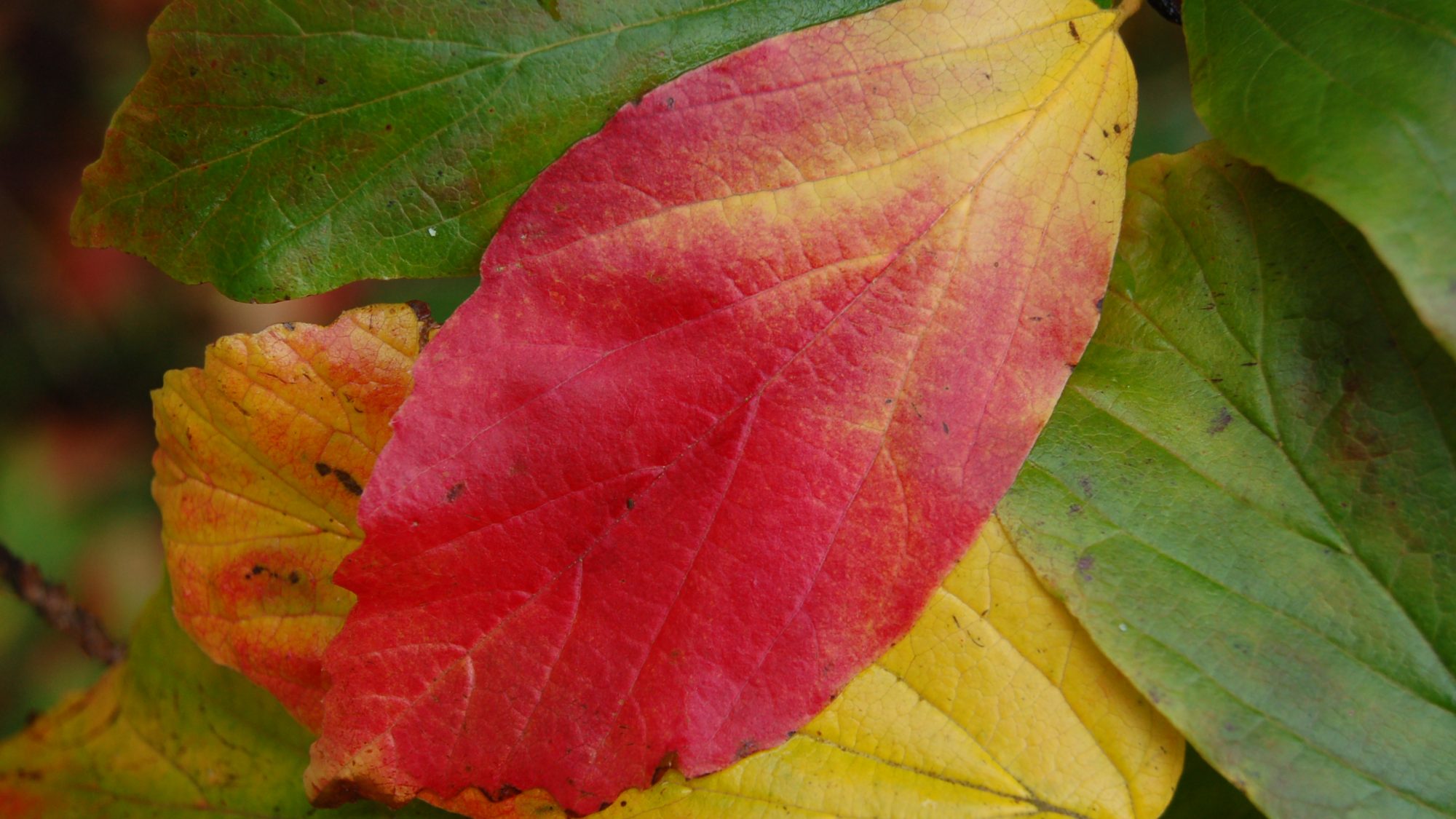 This foliage of this Persian ironwood is taking on autumn hues beside the Henslow Walk.

The genus Parrotia is named in honour of the nineteenth century German botanist F W Parrott, who made the first recorded ascent of Mount Ararat in 1829. A native of Iran, the origins of this species are commemorated in both its specific name Persica, and its common name Persian ironwood, with the name ironwood referring to the dense wood. Variable in shape and form, P. persica occurs in either dense, shrubby thickets, which may graft together, as seen in this spreading specimen, or as individual trees exceeding 20m in height. During autumn, the ovate, shallowly toothed leaves, take on bright tints of crimson and gold, and these make it a highly valuable addition for inclusion in an autumn garden. Parrotia persica also has the attributes of clusters of discrete scarlet flowers in late winter, and attractive, flaky, mottled bark which clothes the trunk and entwined, self-grafted branches.