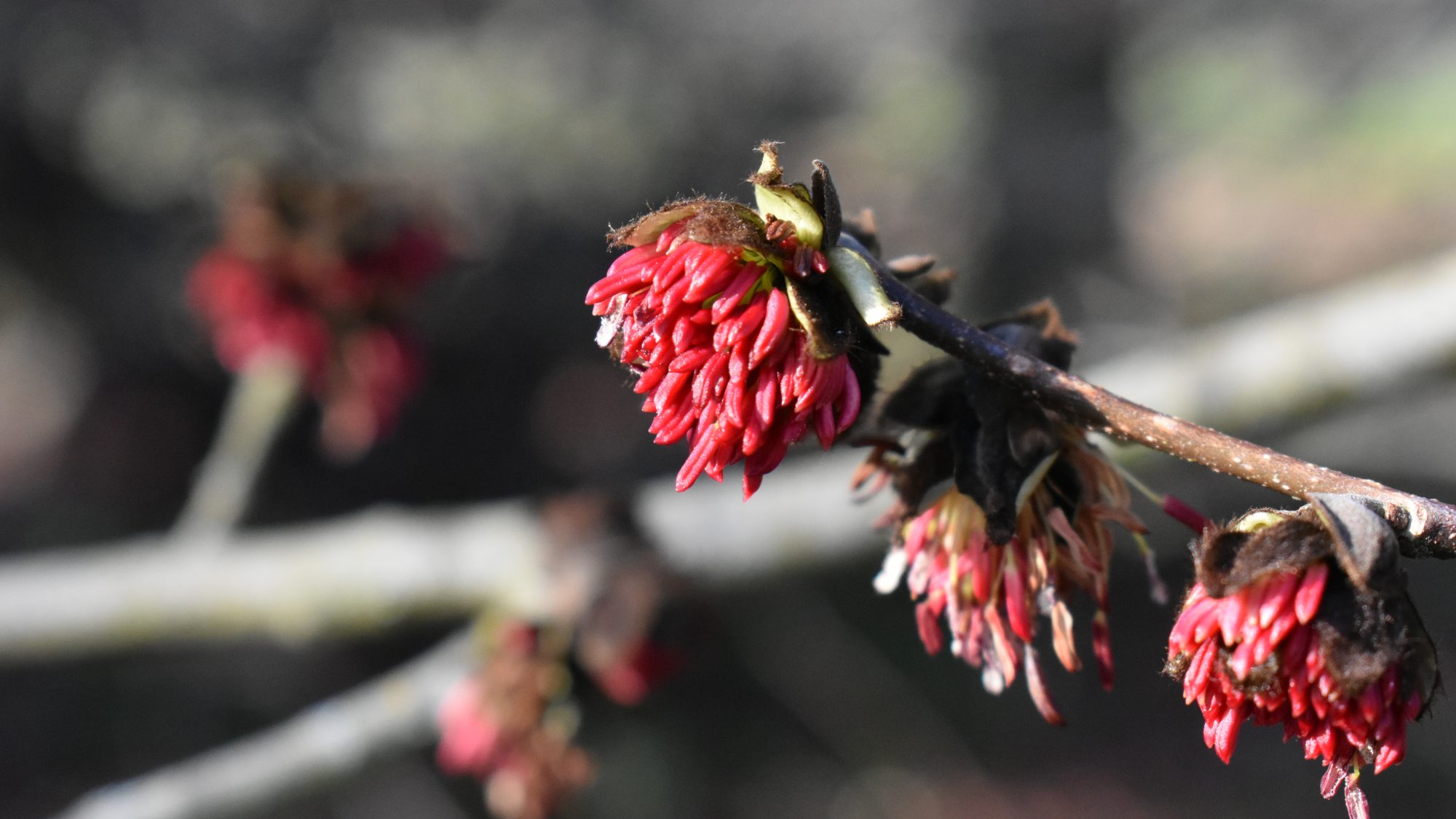 This low, spreading tree beside the Henslow Walk is full of glistening flower along the Middle Walk.

A member of the witch hazel family (Hamamelidaceae), the genus Parrotia contains two species: the lesser known Parrotia subequalis, and the more familiar Parrotia persica. Originating from Iran and the Transcaucasus, P. persica was introduced into cultivation by the German naturalist F W Parrot in 1829. It offers interest for much of the year, having an intricate network of self-grafting limbs and alternate ovate-obovate leaves which take on brilliant autumn colour. At this time of year it should be admired for both its flaking bark of subtle pinks, whites and greys, and for it’s small flowers of tufted clusters of glossy scarlet stamens, which are held in hairy brown bracts on short twigs. This is a variable species in form, and in the wild it can be shrubby and graft to neighbours to form dense thickets, or it can grow as a slender tree to 14 m in height.