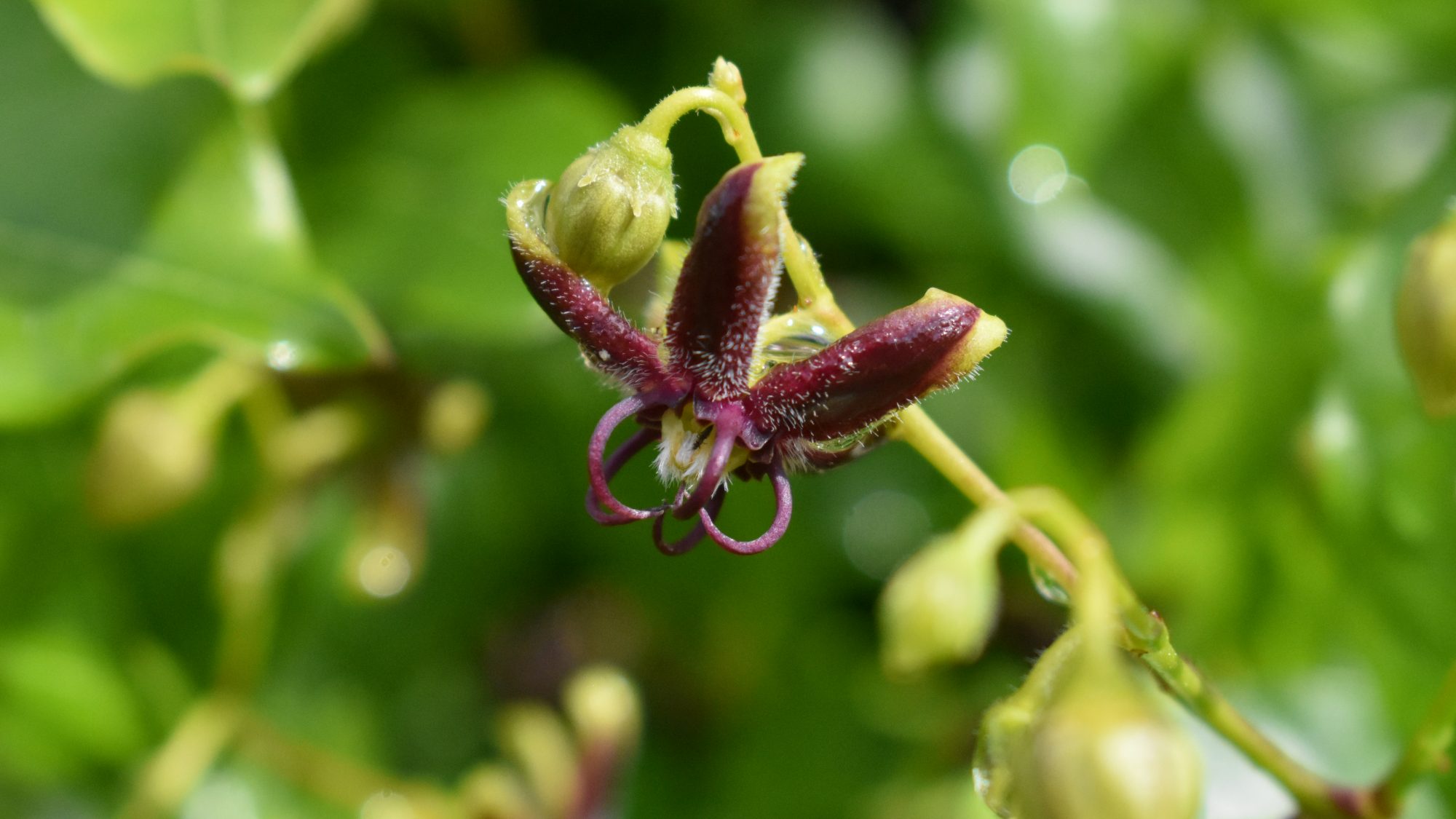 Scrambling over an obelisk on the Systematic Beds, the discreet flowers of this climber are worth close scrutiny.

Originating from Europe and south west Asia, Periploca graeca, is a deciduous, twining climber, which reaches heights of 10m. A member of the Apocynaceae, or milkweed, family, the damaged stems exude a milky sap typical of all milkweeds. For much of the year it is unremarkable, having opposite, oval to ovate, waxy, glossy leaves.  In summer it produces axillary cymes of up to twelve star-shaped flowers, each comprising five reflexed,  downy corolla lobes, with a purple-brown inner and a yellow-green outer; coiled corona lobes; and hairy anthers. P. graeca produces pairs of seed pods, each to approximately 10cm in length, and these produce a silky tuft of numerous seeds, giving rise to the common name ‘silk vine’. It enjoys an open position in full sun and in well-drained, fertile soil, and although generally considered hardy, it can suffer in prolonged cold spells.