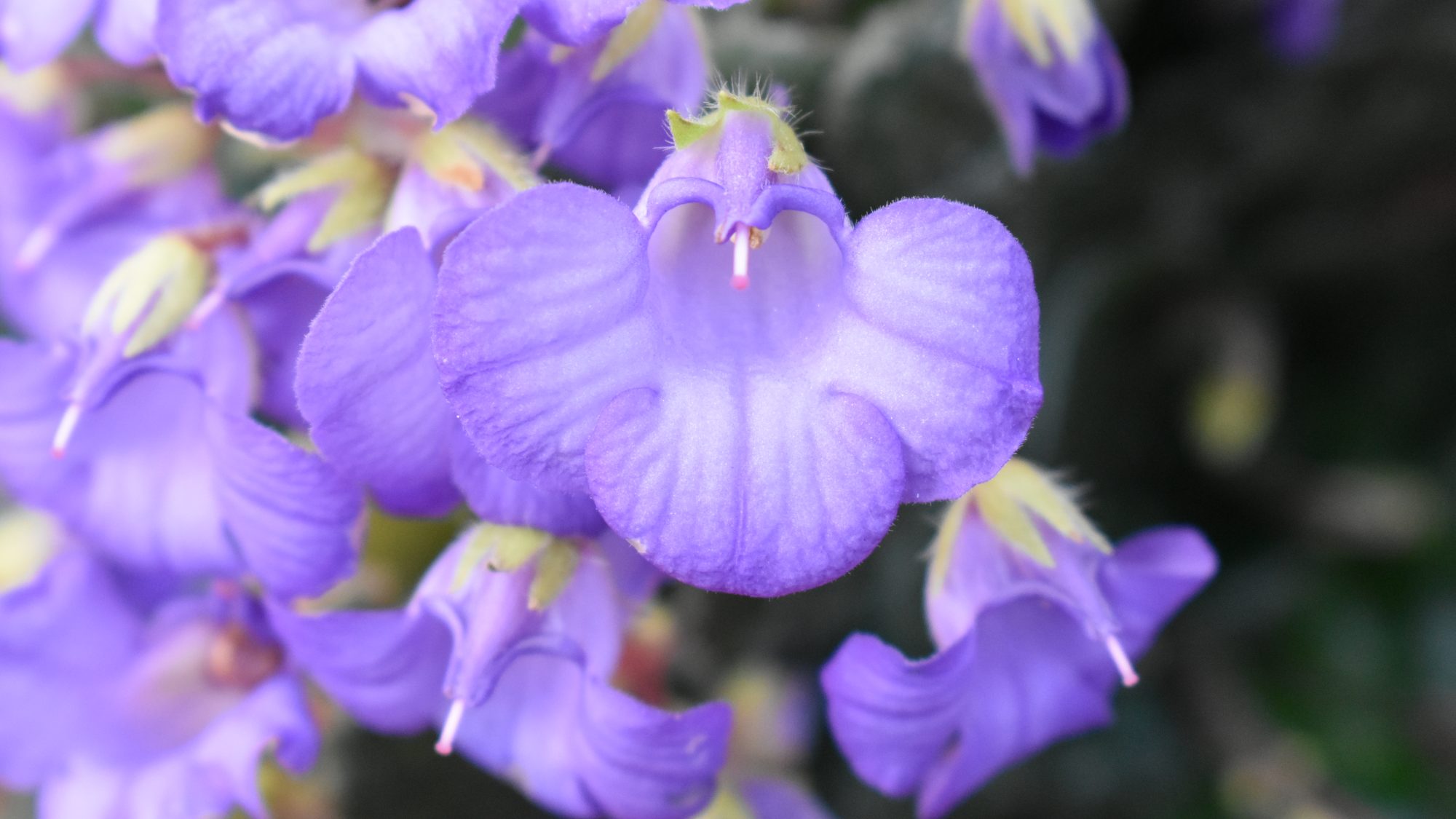 Petrocosmea minor is one of approximately 30 species of evergreen perennials from Asia. They belong to the predominantly tropical family Gesneriaceae, which contains more familiar species such as the African violet (Saintpaulia). This is a tender species requiring protection from excess moisture. It has rosettes of downy, kidney-shaped leaves, and five-lobed, open, white-throated, bell-shaped flowers. Introduced into cultivation in the 1990’s P. minor is endemic to Yunnan in south-central China where it grows in subtropical zones on shaded limestone rock faces at altitudes between 1000 and 2200m. In cultivation it requires cool, frost-free conditions and protection from rain.