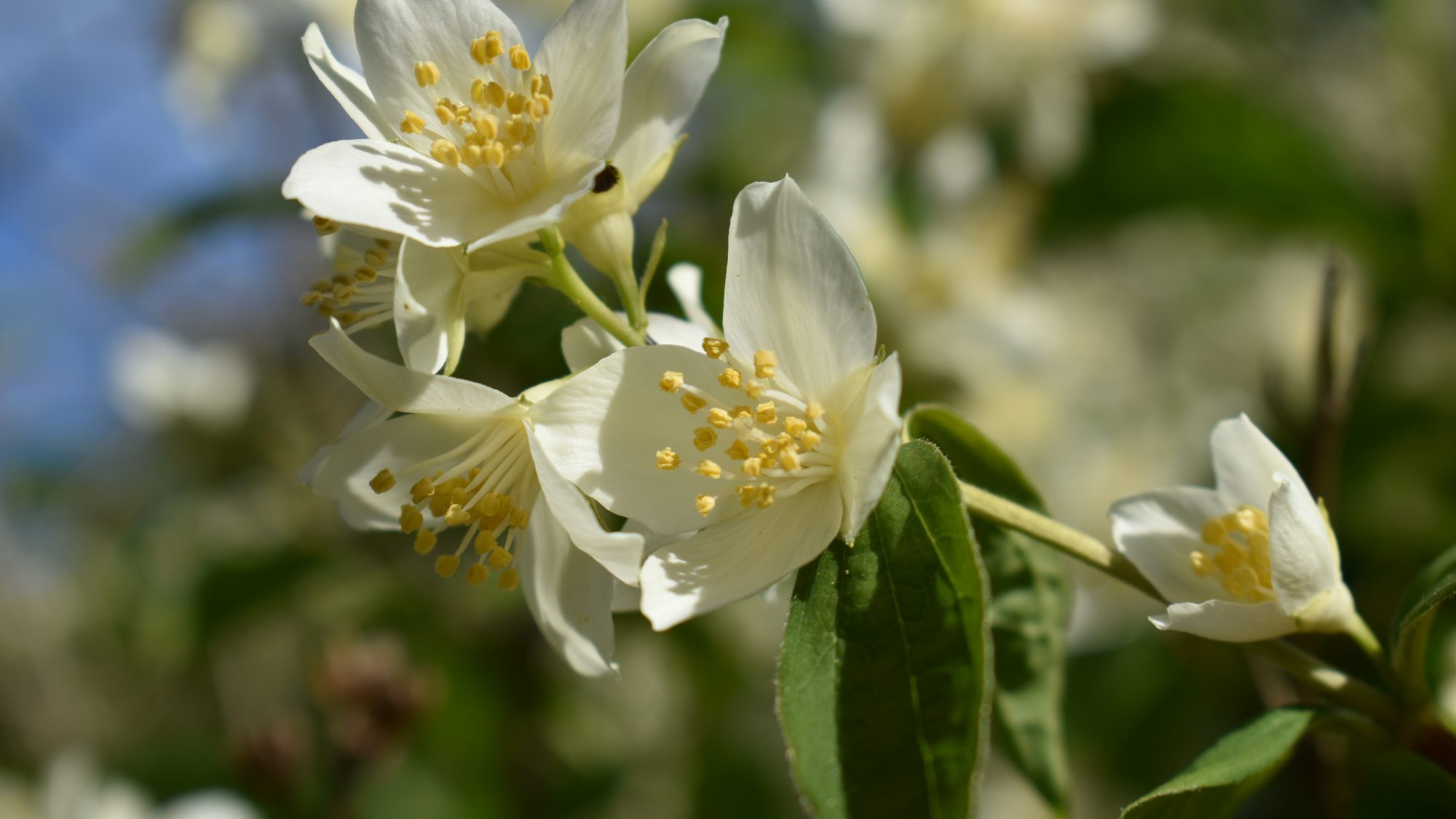 The scent of this mock orange fills the air at the eastern end of the South Walk.

A member of Hydrangeaceae, or the hydrangea family, Philadelphus coronarius has racemes of five to nine single, cup-shaped flowers, and is one of 40 species of deciduous shrubs.  It is a native of southern Europe and south west Asia, where it grows in scrub and on rocky hillsides.  The leaves are ovate and arranged in opposite pairs, and the year-old stems are covered in a rich brown, peeling bark.  This is a widely grown species with an intense fragrance, though it can be overwhelming.  It was known to be cultivated in our gardens in the 16th century.