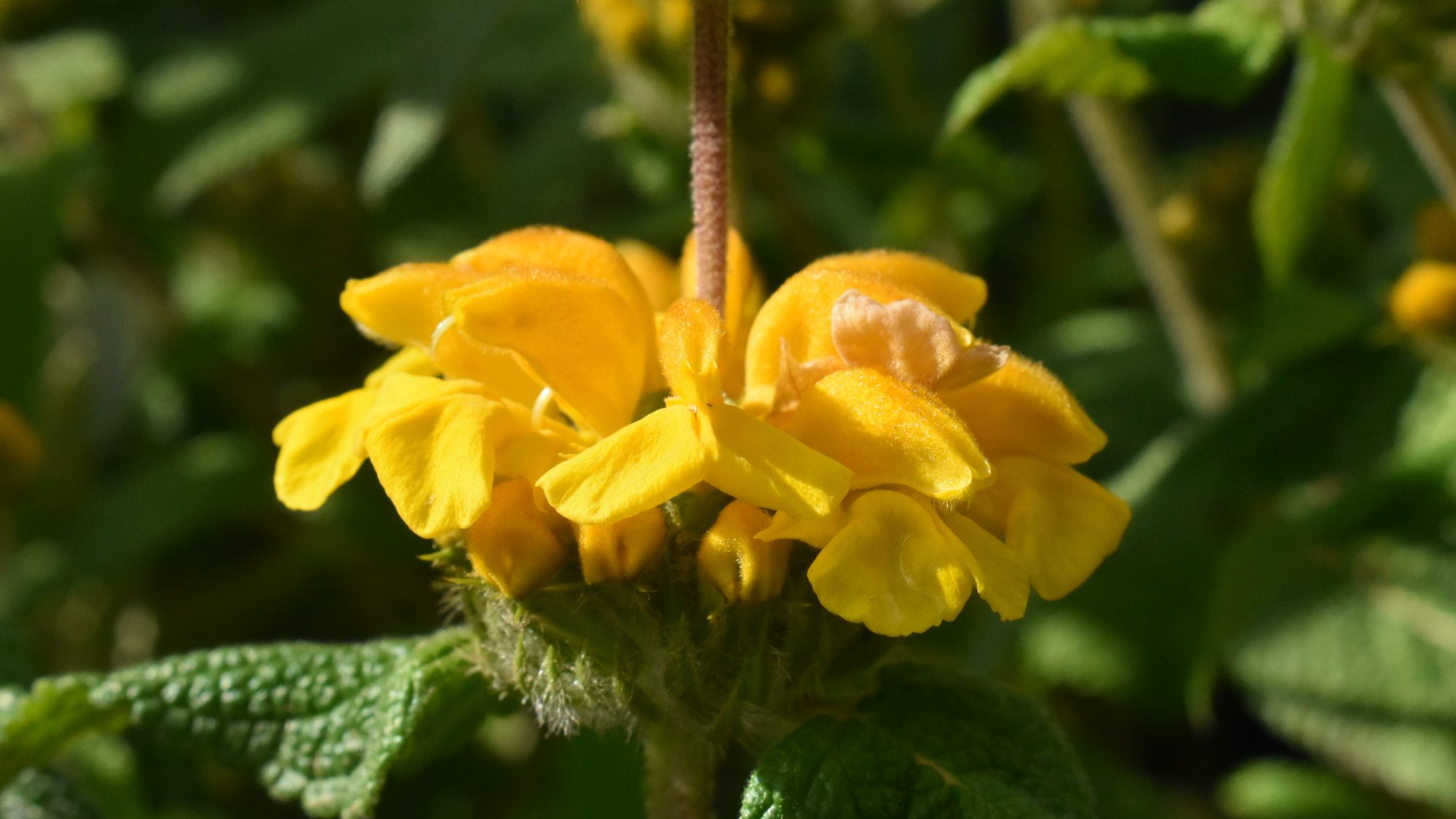 This Jerusalem sage is putting on a show of rich yellow flowers on the Mediterranean Beds.

A member of the mint family Lamiaceae, the genus Phlomis numbers 100 species of herbaceous and evergreen shrubs and subshrubs occurring in rocky habitats of Europe, North Africa and Asia. Members of the genus have whorls of hooded flowers on erect stems, and opposite leaves, which are often hairy. It is from the hairy leaves, which were used as lamp wicks, that the genus takes its name Phlomis, which is Greek for flame. Phlomis longifolia var. longifolia is a native of Syria, Lebanon and Turkey. It is an evergreen species spreading to 2m across, and producing rich green leaves, which sit in contrast to the woolly stems.