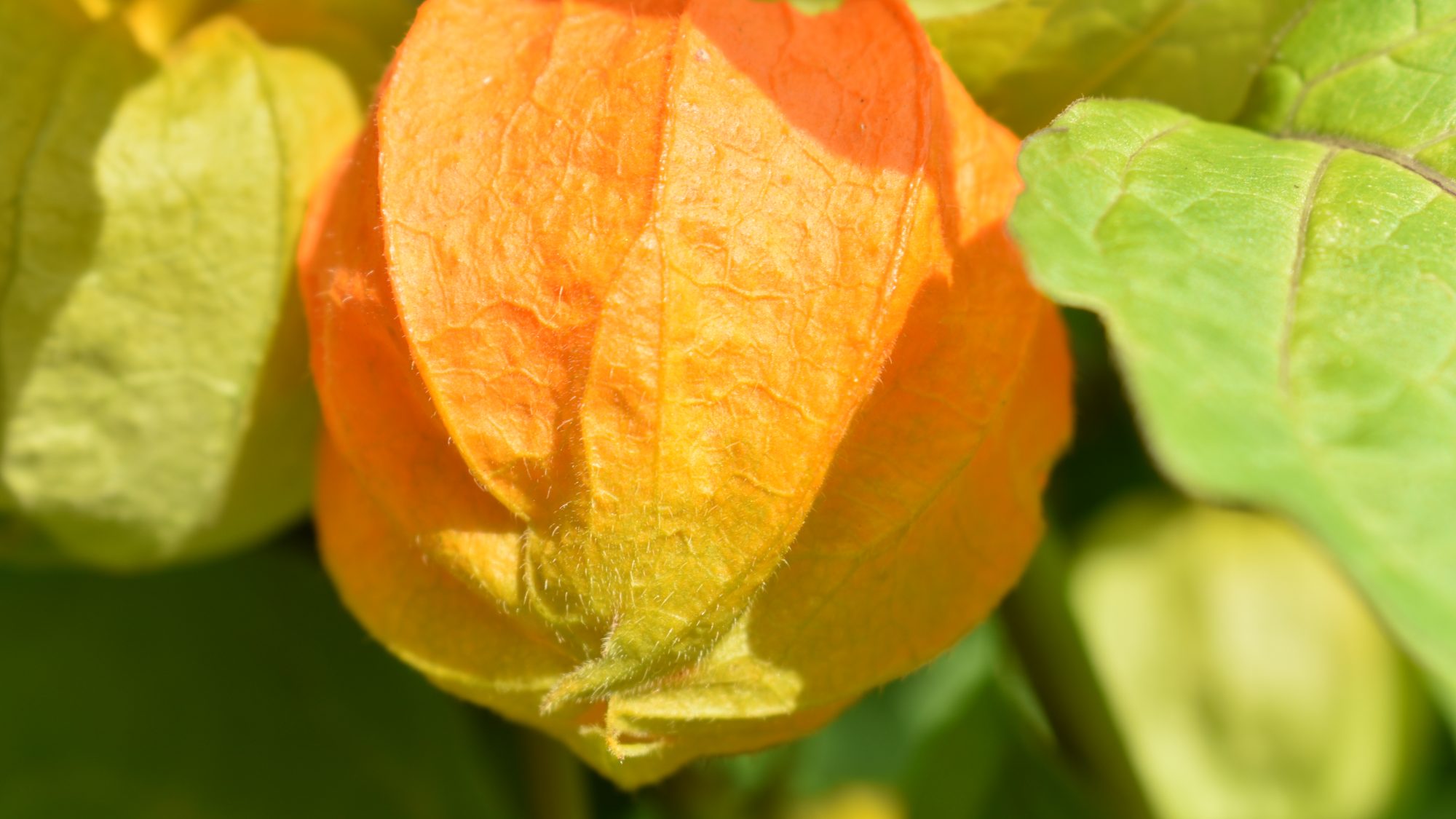 The inflated fruits of the Chinese lantern are adorning this plant on the Chronological Bed.

Containing approximately 80 species of erect, rhizomatous annuals and perennials, the genus Physalis occurs mainly in the Americas. This familiar species originates from eastern Europe, China and Japan, but is known to have been cultivated in the British Isles since before the 1550’s, though the exact date of introduction is unknown. P. alkekengi is a vigorous spreading perennial with erect stems and triangular-ovate leaves, which grows to 75cm in height. In midsummer pendent, bell-shaped, cream flowers are produced from the leaf axils. These are followed by orange-scarlet fruits which are concealed within attractive orange-red, papery, lantern-like calyces, which protect the fruit from predators.  As autumn progresses these will fade and wither, and may leave a skeletal structure which persists throughout winter. It is the inflated calyx and Chinese origins of this plant which give rise to the common name of Chinese lantern.