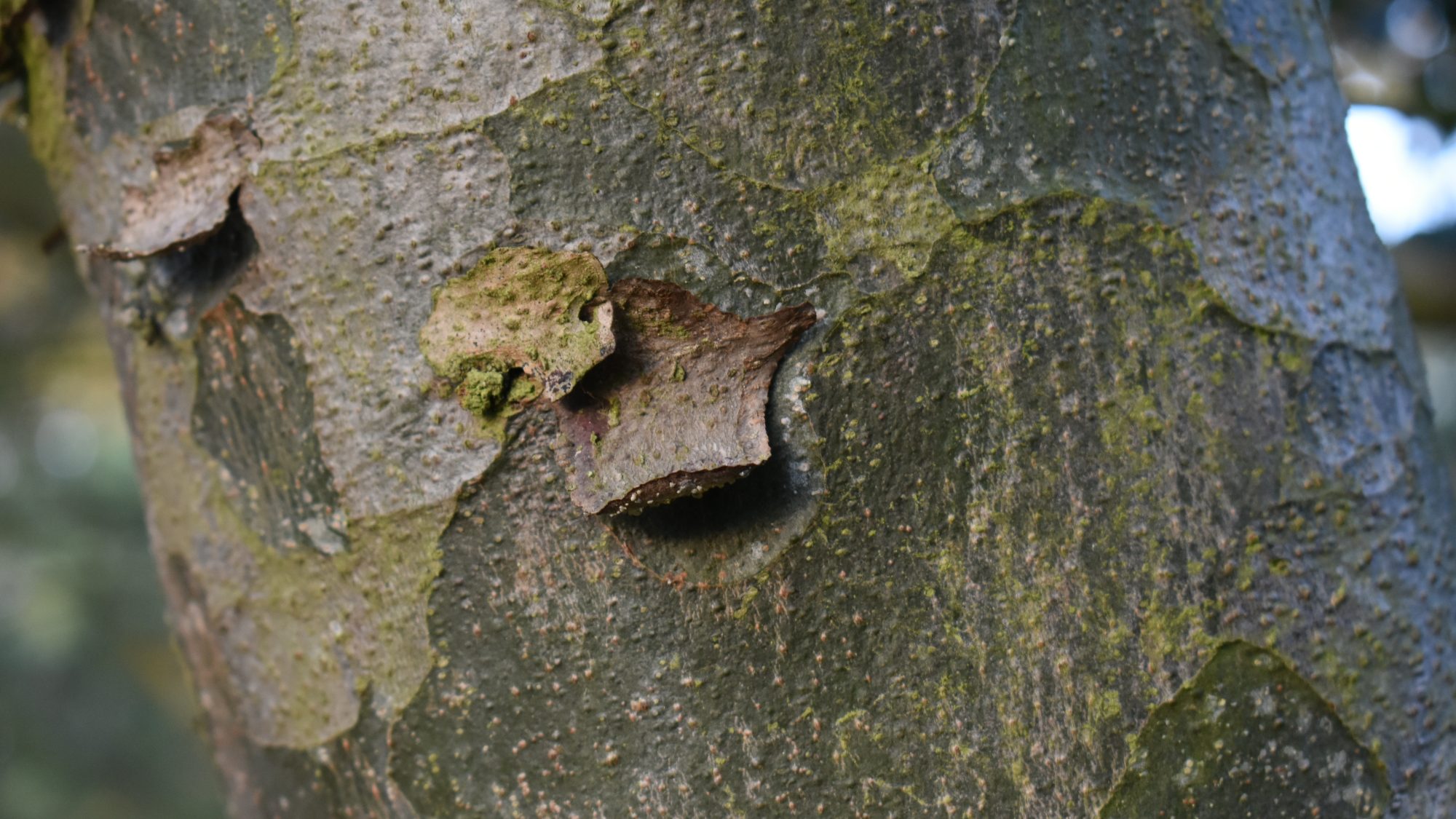 This small, bushy specimen nestles quietly amongst giants on the Main Walk, where it can be admired for its stem and bark.

Pinus bungeana, or the lacebark pine, is one of approximately 120 species of Pinus. It is a slow-growing Chinese species reaching 20m in height and forming a bushy-headed tree. The beautiful, flaking bark with its brown, russet, grey and white tones is an attractive feature, though in cultivation it rarely takes on the dominant white colouring of trees in their native habitat. The leaves (or needles) are stiff and are borne in threes, and the cones are ovoid and reach 7cm in length. This species was named in honour of the Russian German botanist Alexander Bunge who collected specimens of this species near Peking in China in 1831, though it was only introduced into cultivation in the mid 1840’s by Robert Fortune.