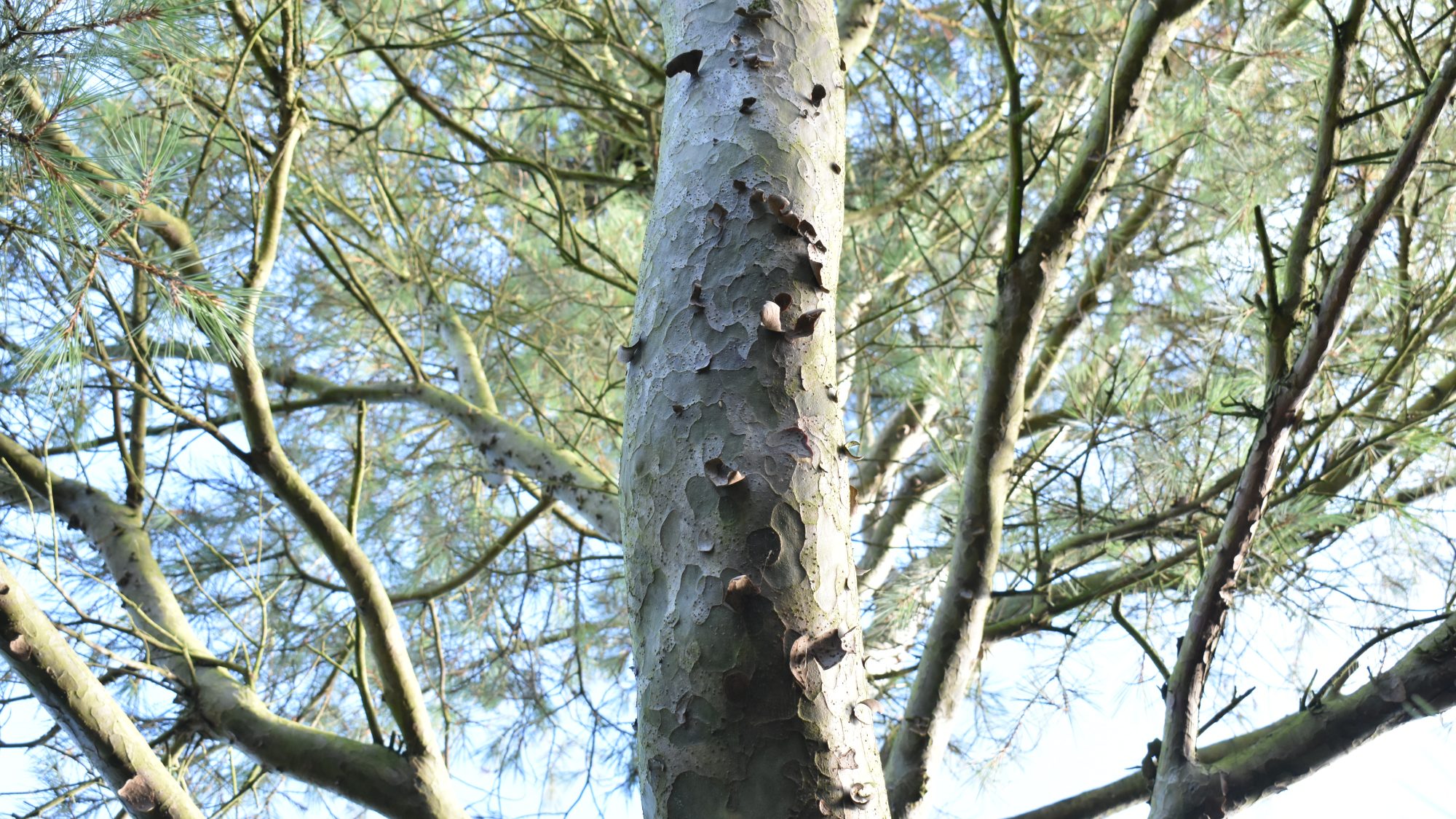 This champion tree sits amongst the backdrop to the Terrace Garden.

Pinus gerardiana is a native of dry, temperate forests of the north-western Himalaya and northern Afghanistan, where it grows at altitudes to 3,300m. The leaves (or needles) are held in groups of three, and can be up to 10cm in length, and the cones, with their spine-tipped scales, can reach 20cm. These are harvested intensely for their edible nuts by  native peoples in its natural range, to such an extent that there is little natural regeneration of this species in the wild, resulting in it being categorized by the International Union for the Conservation of Nature (IUCN) as near threatened. This is a rare species in cultivation, and this example is recorded as being a United Kingdom and Ireland champion for both girth and height, being 14m in height and having a girth of 149cm. It is admired for its peeling, grey and green bark, which can be seen to great effect in the canopy, and as small, flaking platelets on the lower trunk. It was introduced to our gardens in 1839 by Lord Auckland, Governor-General of India, having been discovered by Captain Gerard of the Bengal Native Infantry, after whom it is named.