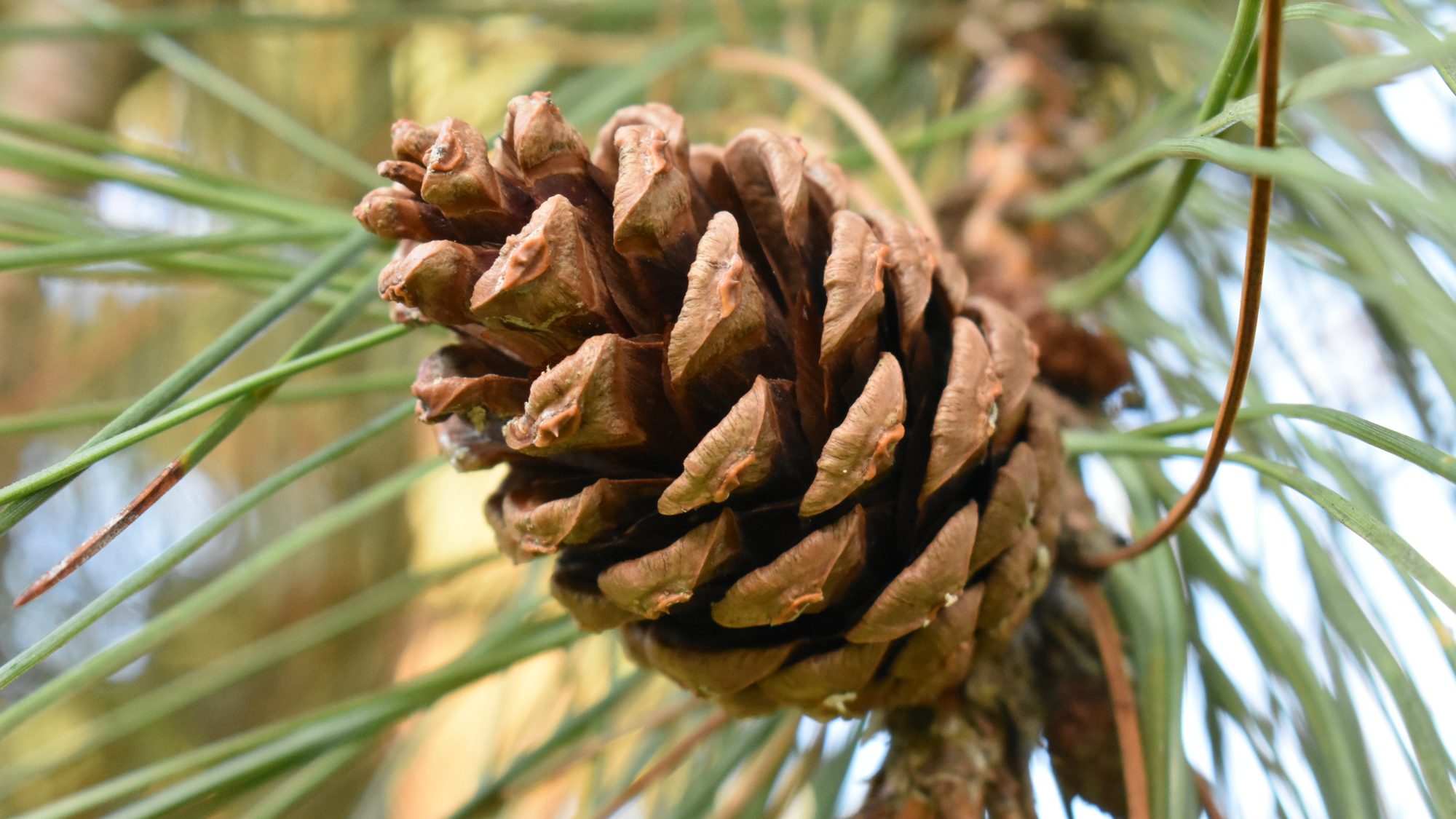 This impressive tree stands among a host of single-stemmed pines in the Old Pinetum.

The Corsican pine (Pinus nigra ssp. laricio) originates from the Mediterranean, where it thrives in dry warm conditions, and will reach 50m in height and have a lifespan of up to 500 years. It is a subspecies of the Austrian pine,  P. nigra ssp. nigra, which has a rougher bark, is shorter in stature, and is more branched in habit. While both have leaves (or needles) in pairs, those of the Corsican pine are longer, growing to 15cm in length, and are also more flexible. The cones of the Corsican pine can be up to 8cm long, are yellowish-brown in colour, with a keeled outer surface. Its exact date of introduction to the United Kingdom is unclear, but it was known to be distributed by the French Vilmorin nursery after the Napoleonic Wars. Today it ranks as one of the most valuable timber trees in the United Kingdom and is widely used for general building, telegraph poles and pulp for plywood, though it is not as durable as the Scots pine (Pinus sylvestris).