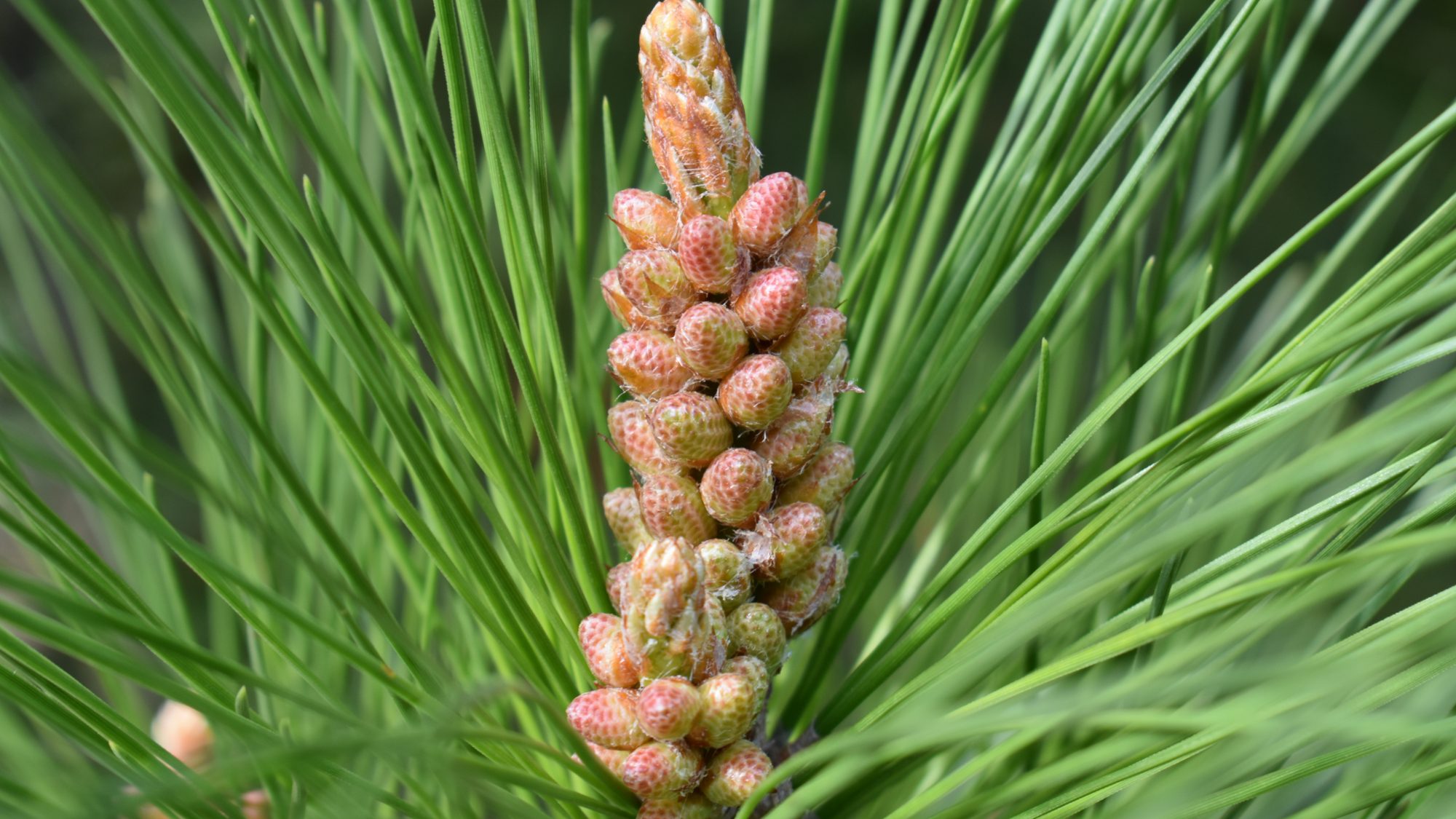 This endangered Californian pine is covered in apical, candle-like buds, set amidst arching needles on the Main Walk.

The monterey pine is a fast-growing species, as can be seen with this specimen planted in 1986, which can exceed 30m when grown in areas of warm summers similar to those of its native California. Natural population of this species are limited to the fog belt of the Californian coast, where it occurs in only three locations. These populations are under threat from development, forestry and infection, particularly form pitch canker, a fungal disease spread by bark beetles, and it is listed as endangered by the International Union for the Conservation of Nature. Despite the threat to the natural populations, Pinus radiata is widely grown in south west Europe, South Africa, Chile and New Zealand, where it is grown in agroforestry, principally for the production of paper and pulp, though it has been used on a smaller scale in cabinetry  and construction. The flexible leaves (needles) are held in threes, as are the richly-coloured cones, which are serotinous, only opening to release seeds when triggered by the heat of forest fires. This species takes its specific epithet radiata from the radial markings which appear on the exposed surface (apophysis) of some cones.