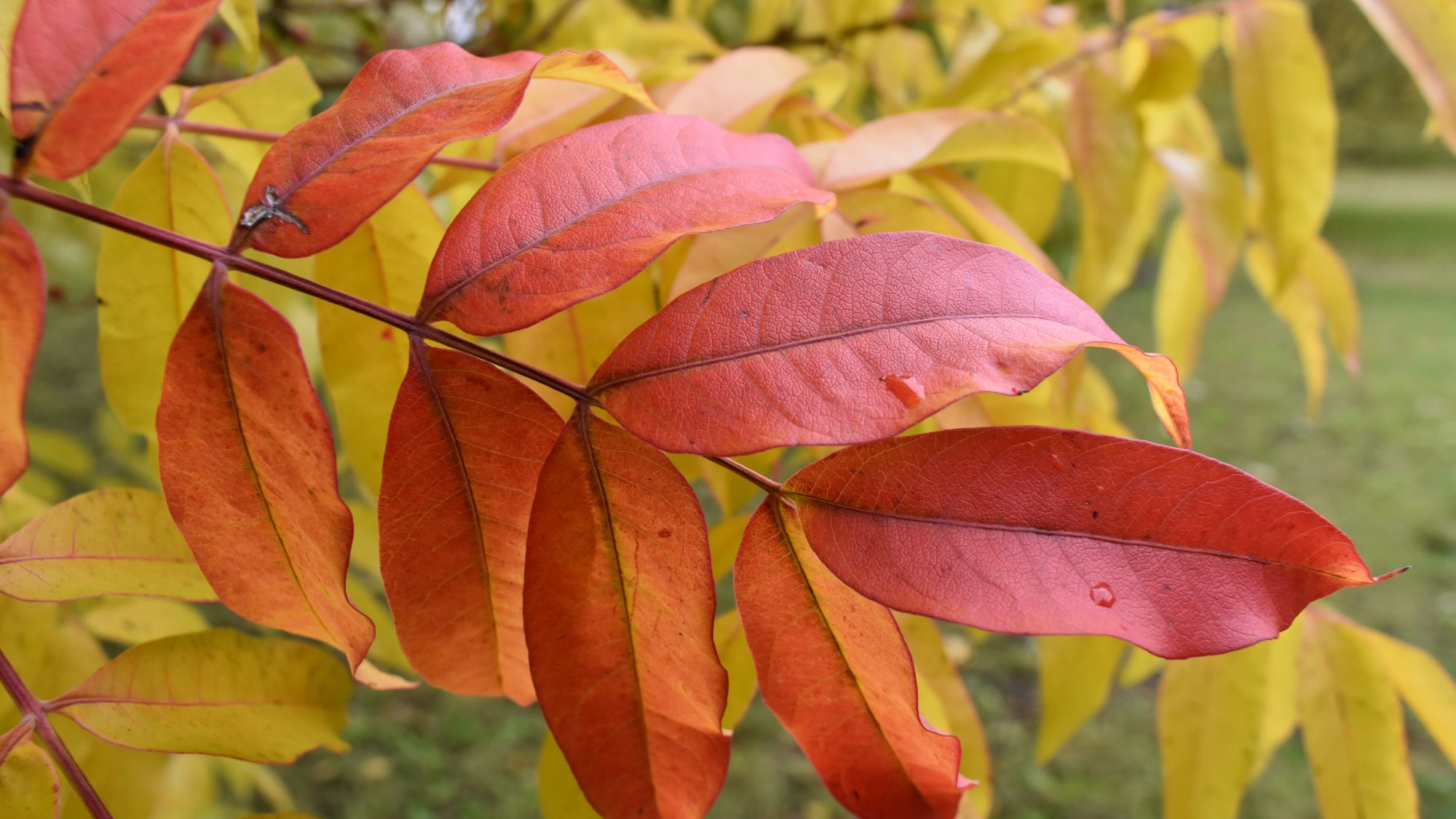 This relative of the pistachio is putting on a good show of autumn colour at the western end of the Fairway.

One of nine species of mastic tree, Pistacia chinensis originates from China. Unlike its more widely better known relative the pistachio nut (P. vera) this species is hardy in the United Kingdom. Members of the Ancardiaceae family, all species of Pistacia are valued economically for their resin, oil, dye or food, and the young shoots and leaves of P. chinensis are harvested and cooked as a vegetable in China. Introduced in 1897 to Kew, it can reach 25m. It has inconspicuous flowers, and produces small peppercorn-sized fruits (or drupes) with a one-seeded stone, which are initially red and ripen to blue.  The pinnate leaves take on rich golden tones in autumn.