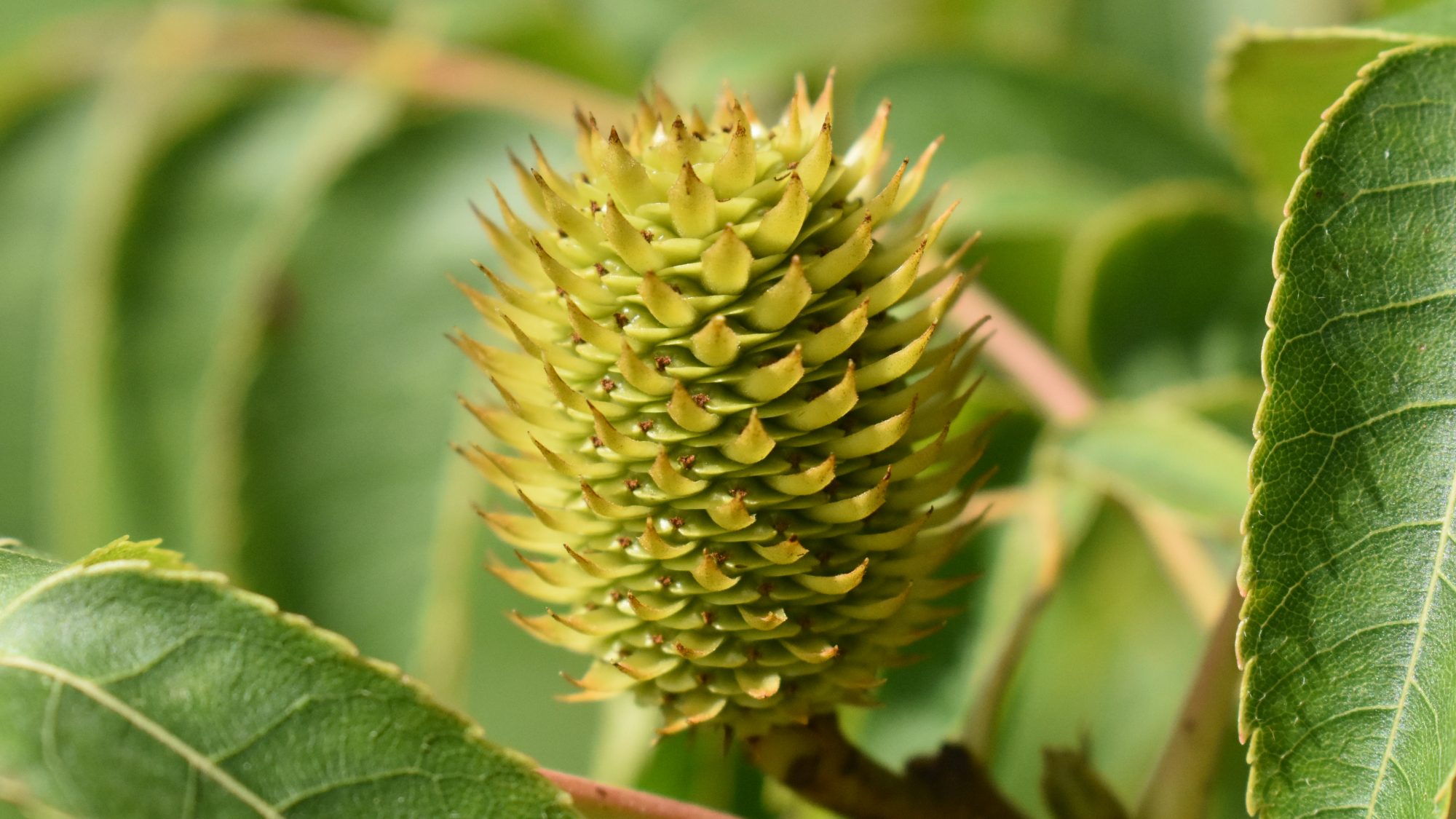 This unusual tree is displaying its young, cone-like fruits on Brookside Lawn.

A native of east Asia, this species was first introduced to our gardens by Robert Fortune from the Chusan Hills, China in 1844, and named as Fortunaea chinensis by John Lindley in 1846. However, it had been named and described as Platycarya strobilacea in 1843 from plant material collected by the German physician Philip von Siebold, and according to international rules of nomenclature, this name took precedence. The genus comprises this single species, and takes it’s name from the Greek platys, meaning broad, and karya meaning nut, while the epithet strobilacea refers to the cone-like fruits. P. strobilacea is a member of the walnut family (Juglandaceae), and is similar to other members of this family in having pinnate foliage, but differs in having flat, winged nutlets. Each inflorescence comprises both male and female flowers, with the male flowers being longer than, and surrounding, the females, which are cone-like in appearance. This species is known from fossil records approximately 50 million years old.