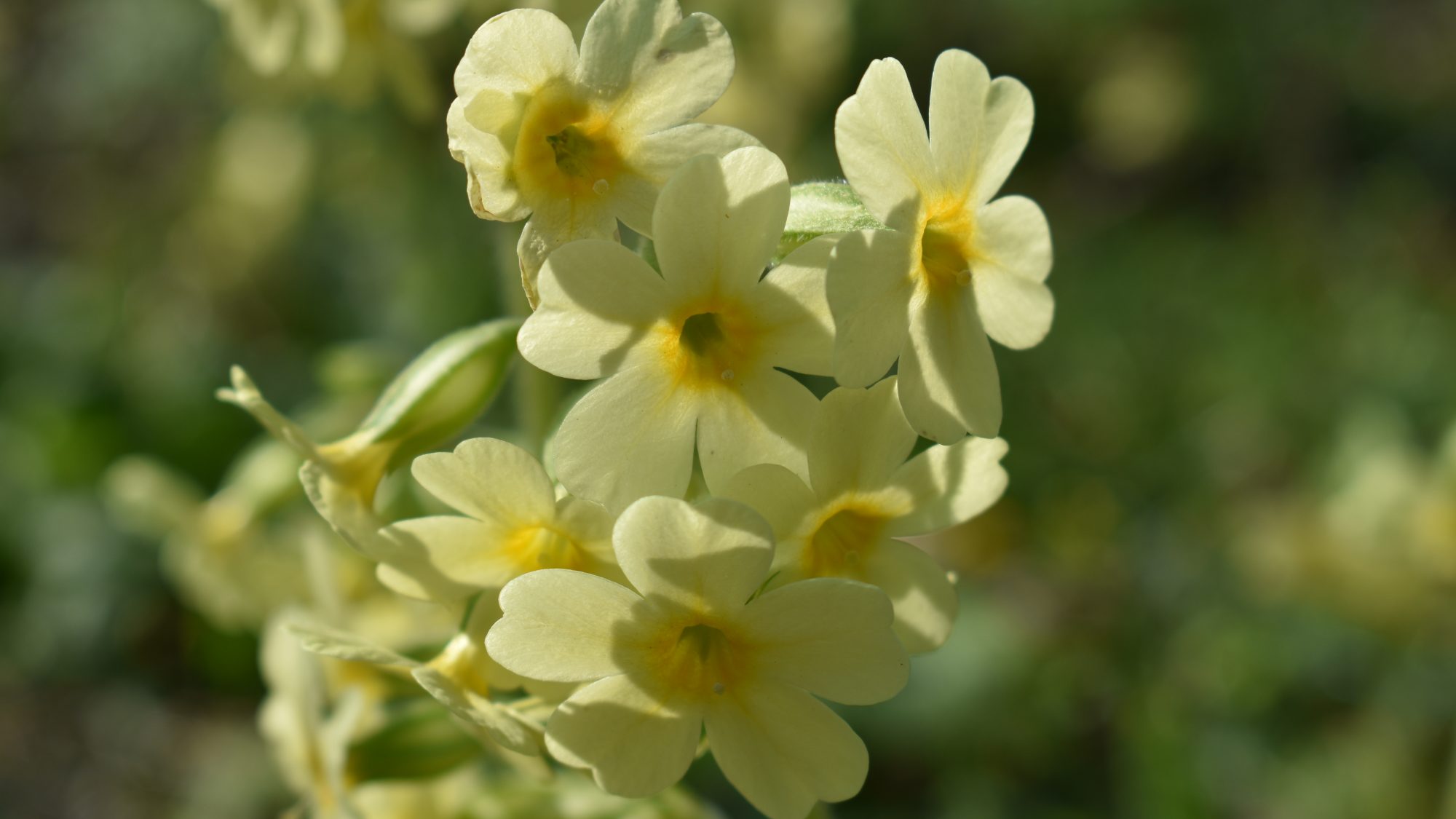 The charming oxlip can be found on the northern side of the Ecological Mound.

Containing approximately 400 species the primrose family (Primulaceae) occurs throughout the northern hemisphere in a variety of habitats ranging from moist, boggy sites to alpine areas. Primula elatior is one of a few species occurring in the British Isles, and while its range extends from the British Isles to the Altai mountains, in the British Isles it is limited to boulder clay woodlands of East Anglia, where it thrives in coppiced woodland. As its more familiar relative the primrose (P. vulgaris) it has a basal rosette of ovate to oblong leaves, but produces a one-sided umbel of drooping tubular flowers.