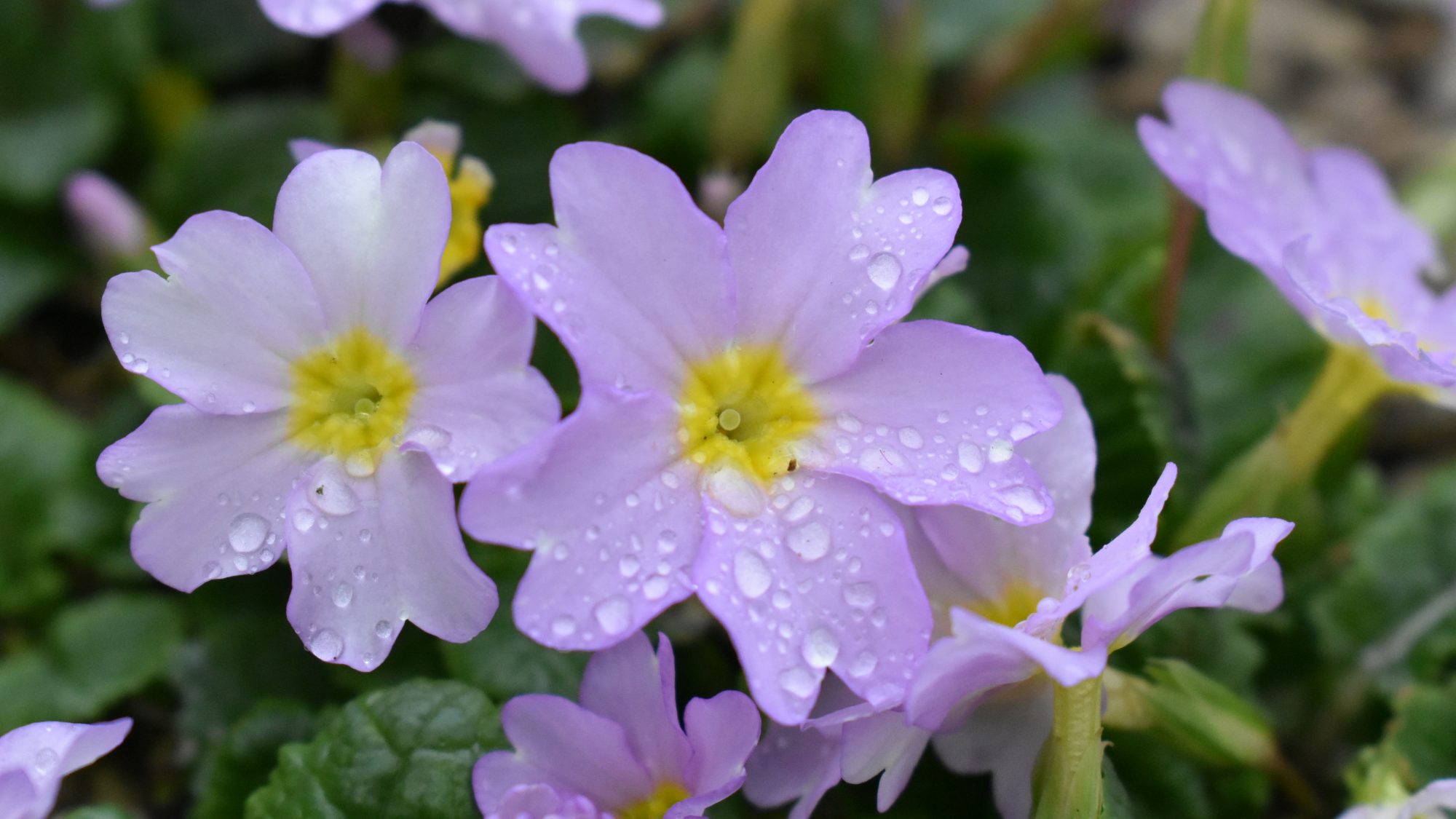 This charming variant of the common primrose adorns the European section of the Rock Garden.

Comprising some 400 species of mainly herbaceous perennials, the genus Primula occurs predominantly in the northern hemisphere, with nearly half found in the Himalaya, and a few growing in the southern hemisphere. Many enjoy boggy, marshy conditions, while others thrive in alpine conditions, and some in grassland. Primula vulgaris is a native species occurring in open woodland and shady banks, which also occurs throughout Europe into western Asia. It is a familiar site in our woodlands in spring, producing a basal rosette of deeply veined, toothed or lobed leaves, and clusters of five-petalled, tubular, pale yellow flowers. P. vulgaris ssp. sibthorpii differs in having rose-pink, red, lilac, or white flowers, and is limited in its natural distribution to the Balkans. This subspecies is named in honour of John Sibthorp (1758-96) who was Professor of Botany at Oxford from 1784.