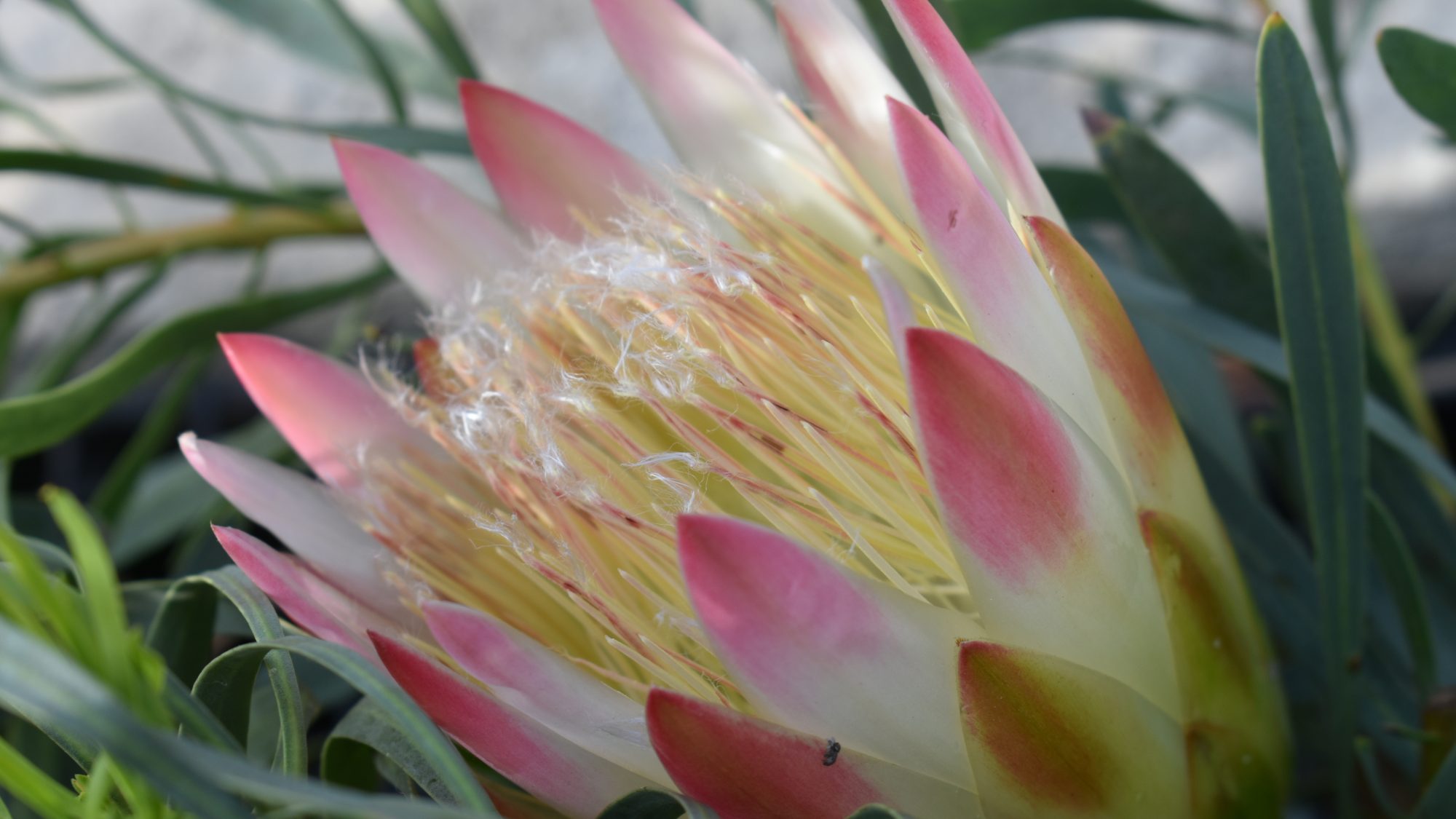 The flamboyant blooms of Protea repens can be seen nestled in the corner of the Continents Apart House.

One of approximately 600 members of the Protea family (Proteaceae), P. repens, or the Cape honey flower, is a native of South Africa where it grows on the Brokkeveld escarpment in the Eastern Cape. This species has an erect, branched habit and can reach 4.5m in height, so the specific name repens, which is Latin for creeping, is inappropriate. Originally described by Linnaeus from an illustration of the plant showing short stems, Linnaeus assumed a prostrate, creeping habit, and assigned the name repens. Later the botanist Thunberg applied the name P. mellifera, in recognition of the sweet nectar produced by the flowers, but according to the international rules for nomenclature, the first applied name is the one that is recognised. This species is noted as being the first Protea to flower outside South Africa, having been introduced to Kew Gardens in 1774, and flowering there in 1780. Each inflorescence comprises numerous, small flowers surrounded by a colourful bract. The flowers are nectar-rich and are highly attractive to sugarbirds and sunbirds, which pollinate the flowers while feeding on the nectar and the many beetles also attracted to the flowers. The genus Protea is highly variable, hence the application of the name Protea after the Greek god Proteus, who could readily change his form and shape.