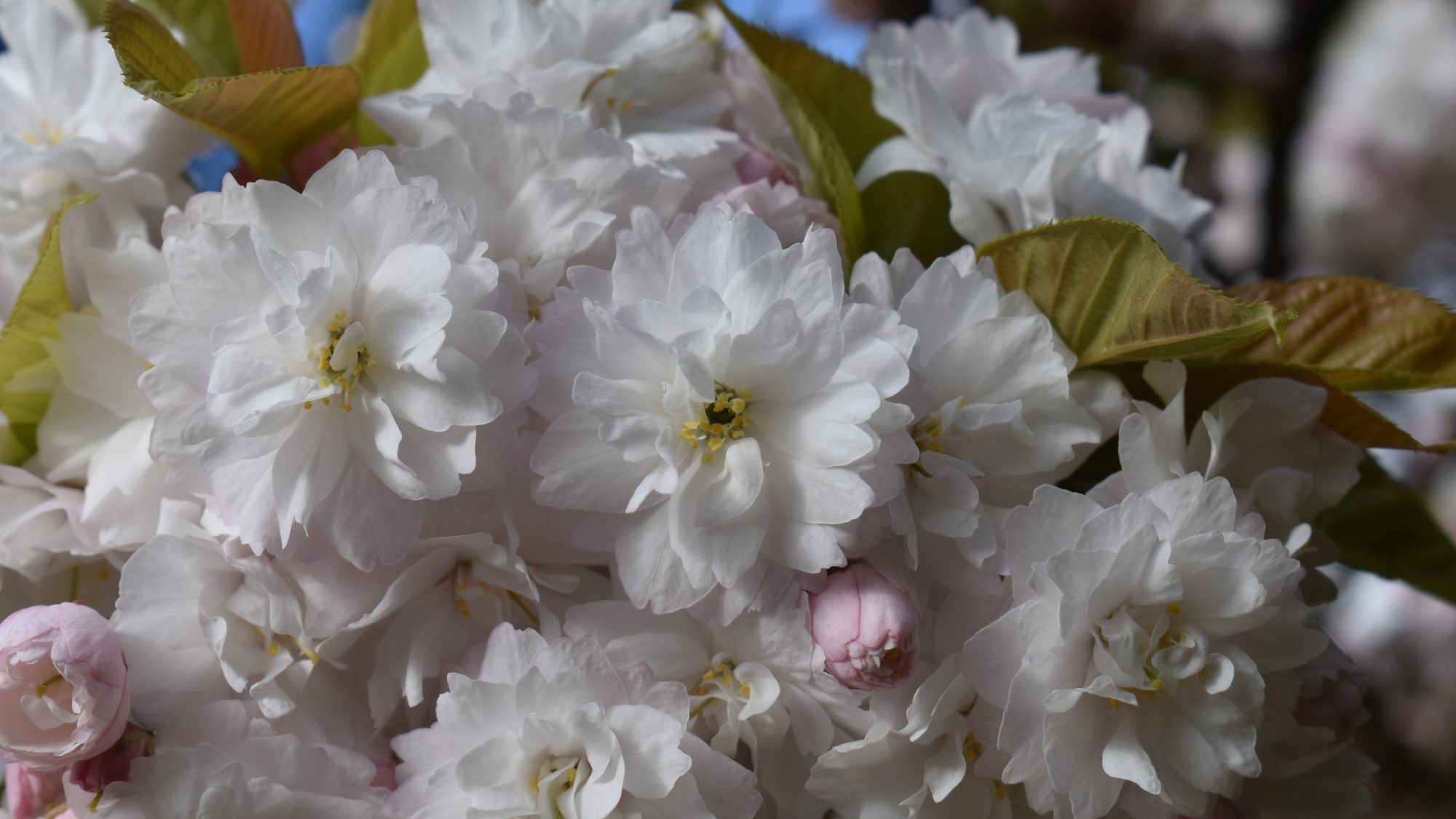 This venerable tree is coming into full bloom above the Lake.

Prunus serrulata ‘Alboplena’ is a late-flowering ornamental cherry. Here it has a distinct form and character, providing a spectacular backdrop to the lake. It is distinct from many other cherries in its squat habit, being broad and short.  Emerging from short, twiggy spurs are a mass of double white blooms. These give rise to the cultivar name ‘Alboplena’, which means ‘with double white flowers’. The species P. serrulata was introduced into western gardens in 1822 from Canton, China.