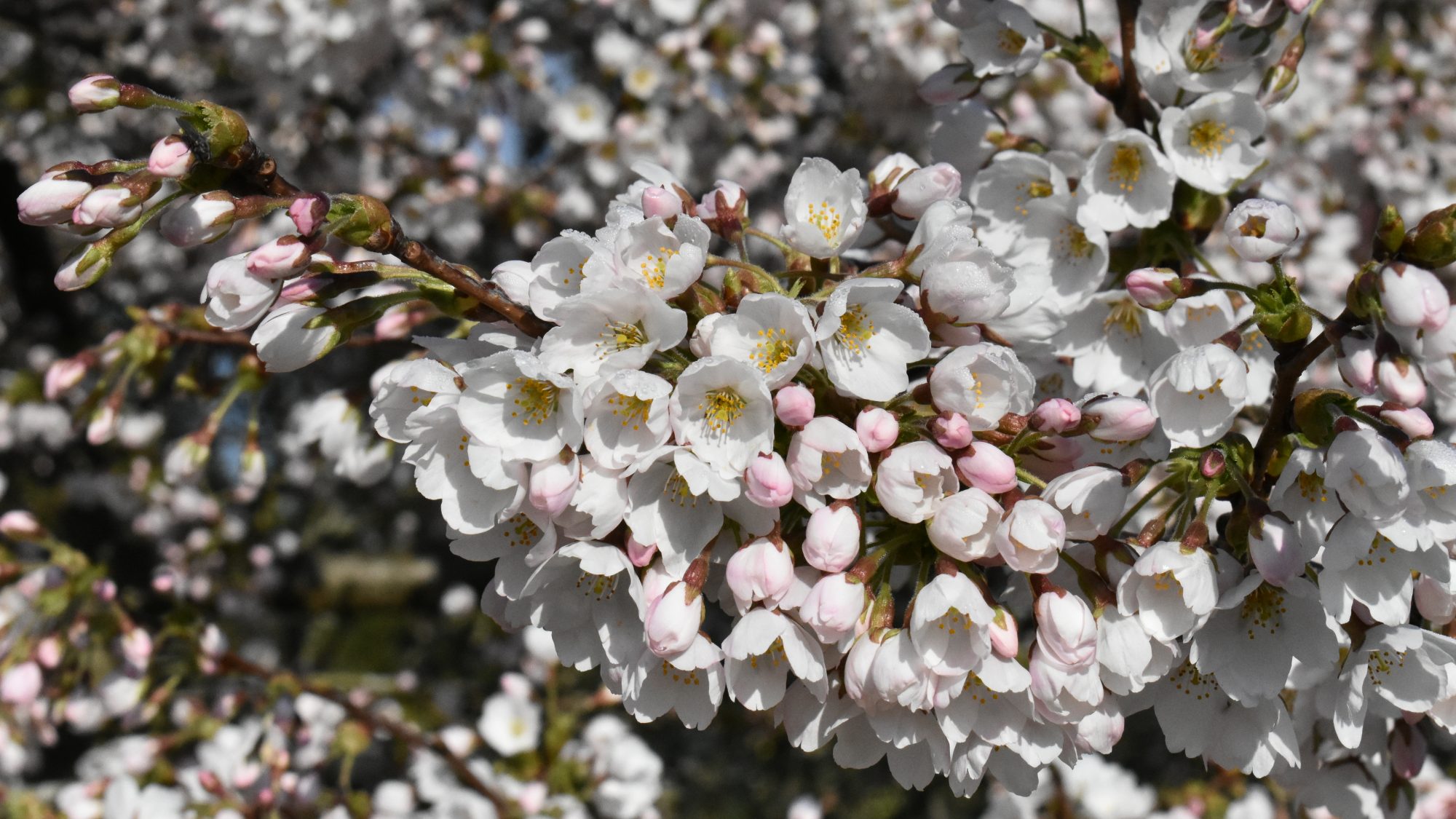 The Yoshino cherry produces a mass of flower in early spring to create a spectacular focal point on the Main Lawn.

A hybrid of unknown parents, Prunus x yedoensis has a low, spreading habit and can grow to 15m in height. It is highly regarded for its abundance of lightly scented, white to pale pink flowers, which are held in racemes of four or more, and which usually precede the foliage. It is grown widely as a street tree in Japan and also in Washington DC. Although its origin is unknown, it has long been admired, with the early nineteenth century plant collector Ernest Wilson noting that it is ‘remarkably distinct from all other Japanese or Chinese cherries and one of the most floriferous and beautiful of them’.