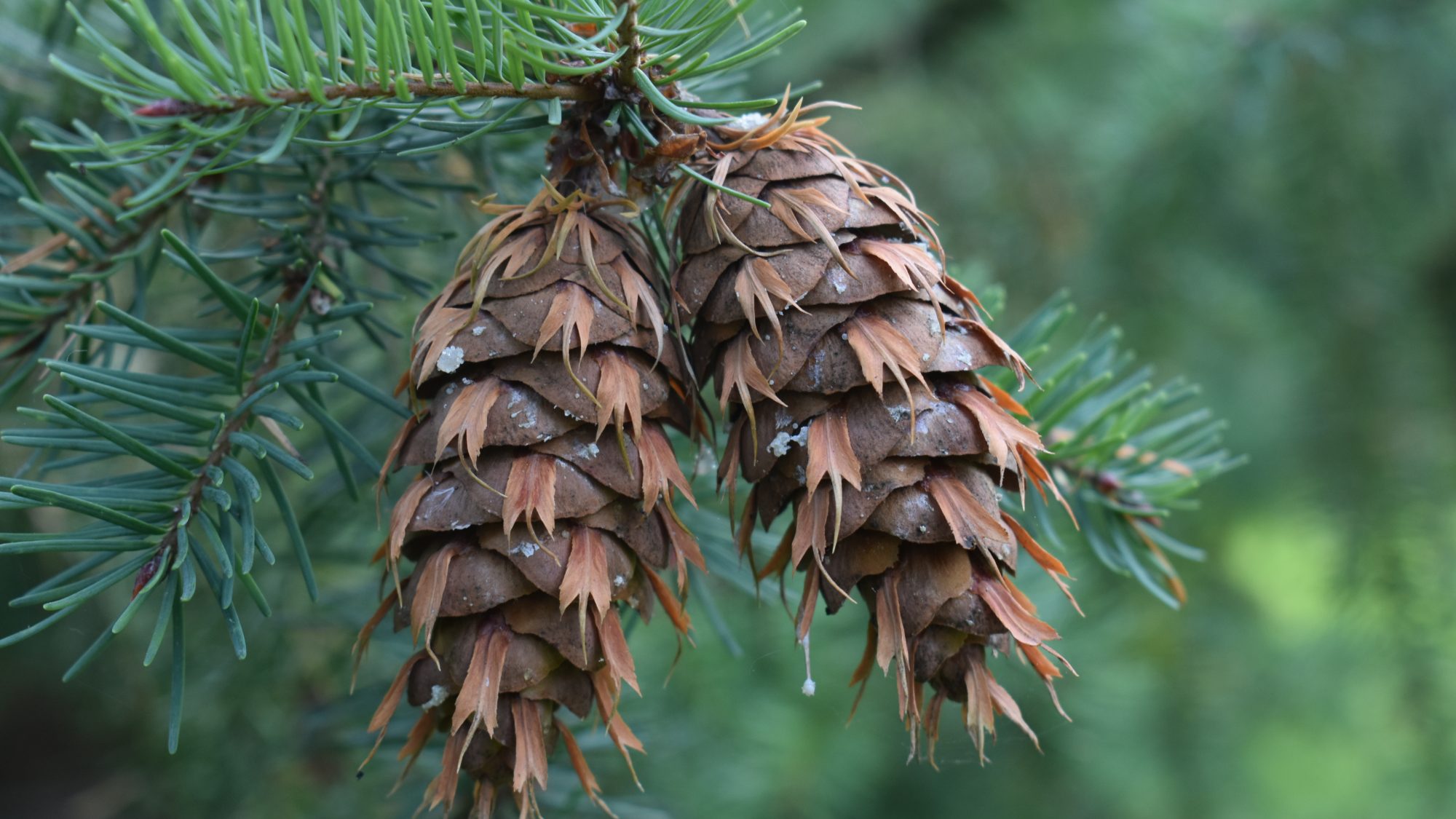 Growing in the New Pinetum, Pseudotsuga menziesii, or the Douglas fir, is an impressive tree.

This native of North America was introduced to our gardens in 1827 by the Scottish plant collector David Douglas, having been discovered in 1793 by the Scotsman Archibald Menzies. The Latin and common names commemorate both of these Scotsmen. It is a single-stemmed species which can reach 100m, and occurs in a band from British Columbia to Mexico, flourishing in areas of high rainfall. The leaves, or needles, occur in two ranks, and are paler, or more glaucous, on the underside. The cones are pendulous to 10cm, and have bracts emerging from beneath the scales. Pseudotsuga menziesii is a highly valued timber tree, and it is also becoming a popular alternative to the traditional Christmas tree, the Norway spruce (Picea abies).