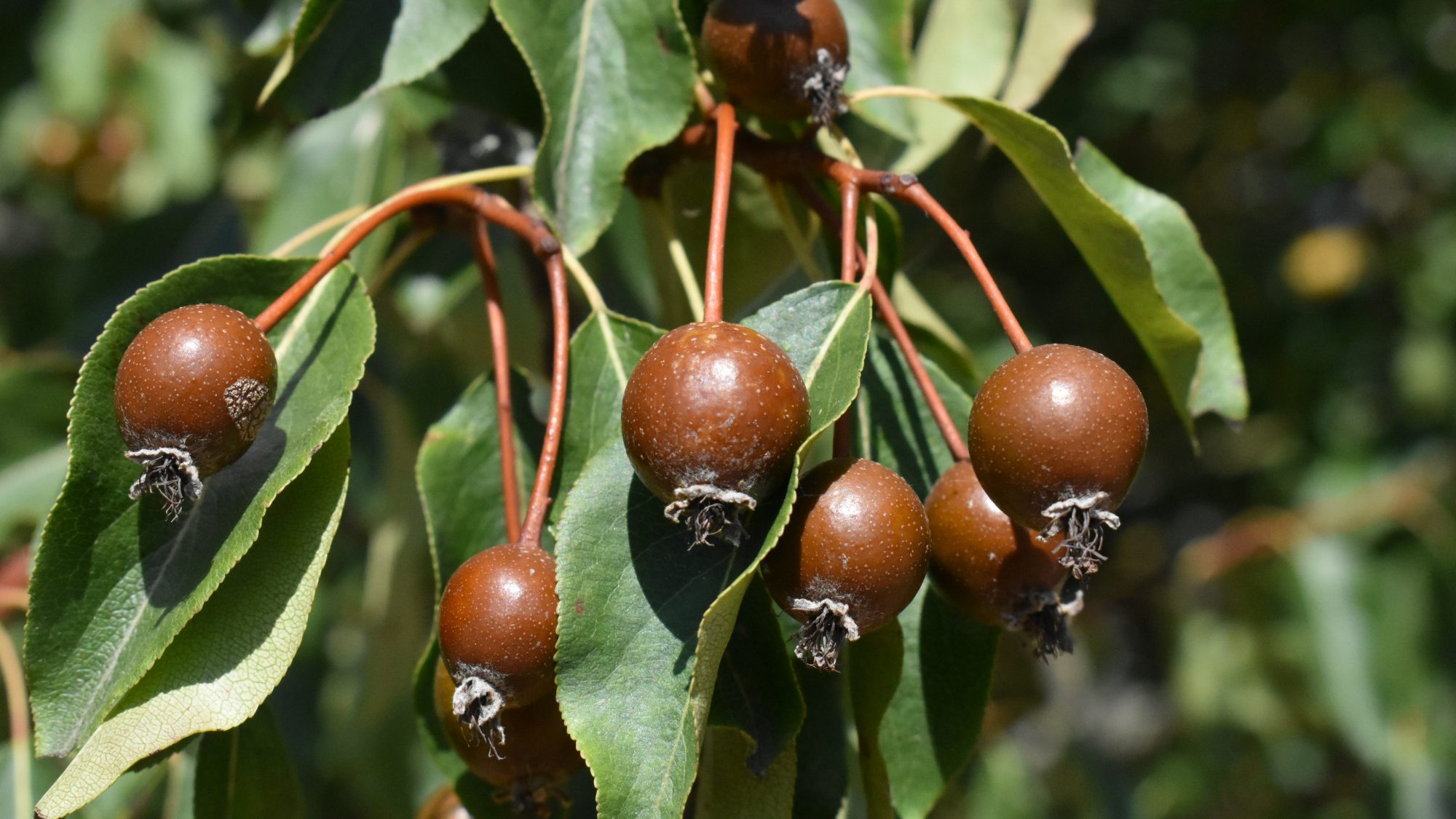 This rare native tree is growing in the Understanding Plants area.

Occurring in France, north-west Spain and Portugal, this species also grows in the British Isles. Here it is one of our rarest trees, known only to occur in hedgerows in the Plymouth and Truro areas, and is registered as critically endangered by the International Union for the Conservation of Nature (IUCN). Its numbers have diminished due to a changing climate and the removal of wild hedgerows from the countryside. It is also self-incompatible so is unable to pollinate itself, though readily hybridises with domestic pears, and may be useful in the development of cultivated pears. It can reach 10 m in height, produces white-pink flowers in spring, and bears globular brown fruits on russet-coloured stems in autumn. Once ripened these provide a valuable source of food for birds.