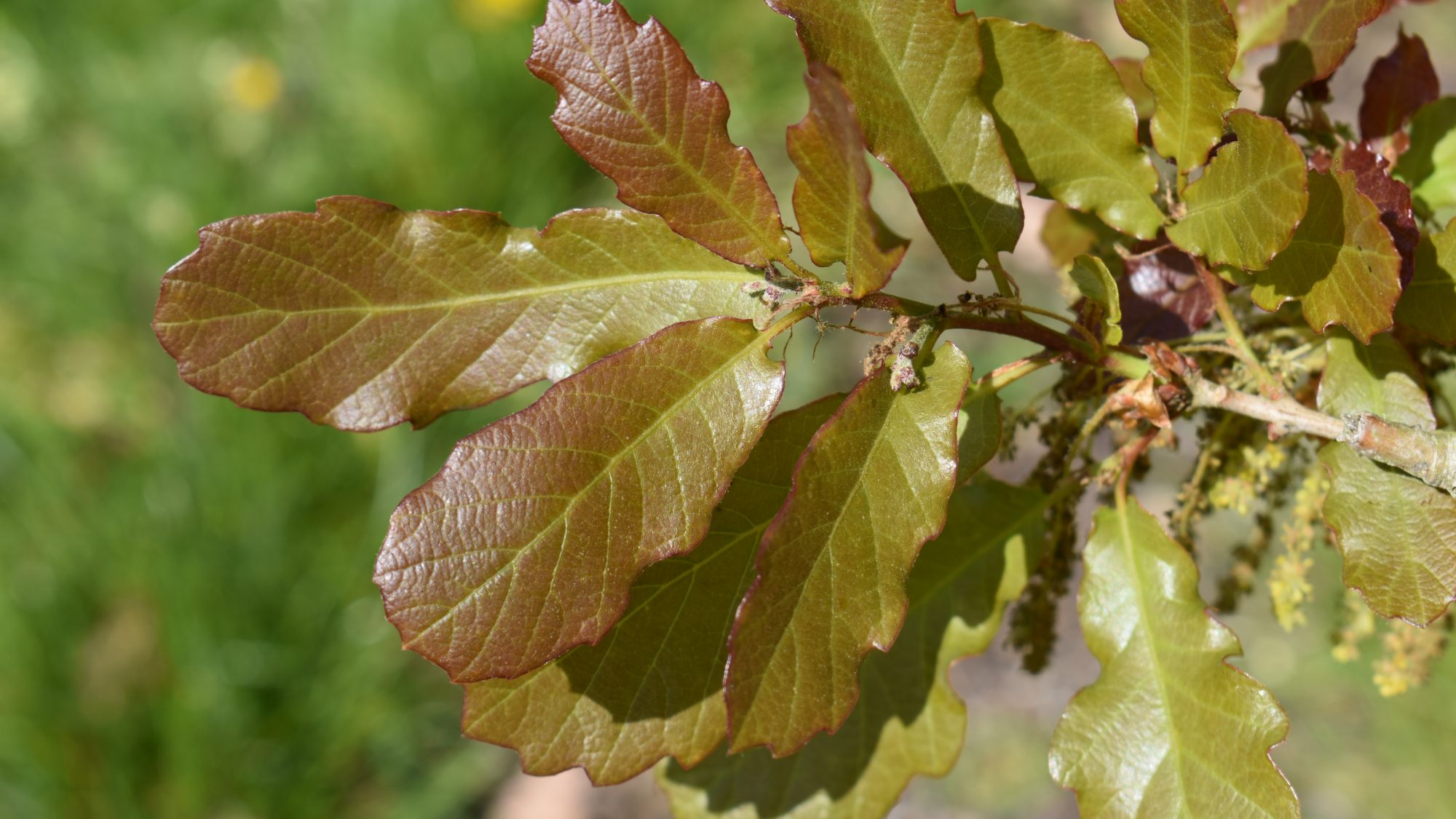 This magnificent oak in the Gilbert Carter Woodland is one of the gems of our collection.

This semi-evergreen tree is much admired for the coppery-red, emerging spring foliage which replaces the over-wintered, leathery leaves. A hybrid species, it is something of a botanical curiosity. It was first distributed by the Smith nursery of Worcester in the 1870’s, but it’s exact parentage is unknown. It is believed to be a hybrid of the American Quercus rugosa and the native Q. robur. The species is commonly referred to as both the Warburg oak, and the Cambridge oak, though it is unclear who first applied the name Cambridge oak. It is attributed to Henry Elwes and Augustine Henry who published the first account of this species in 1910, and noted that the specimen at Cambridge was the finest in the country.