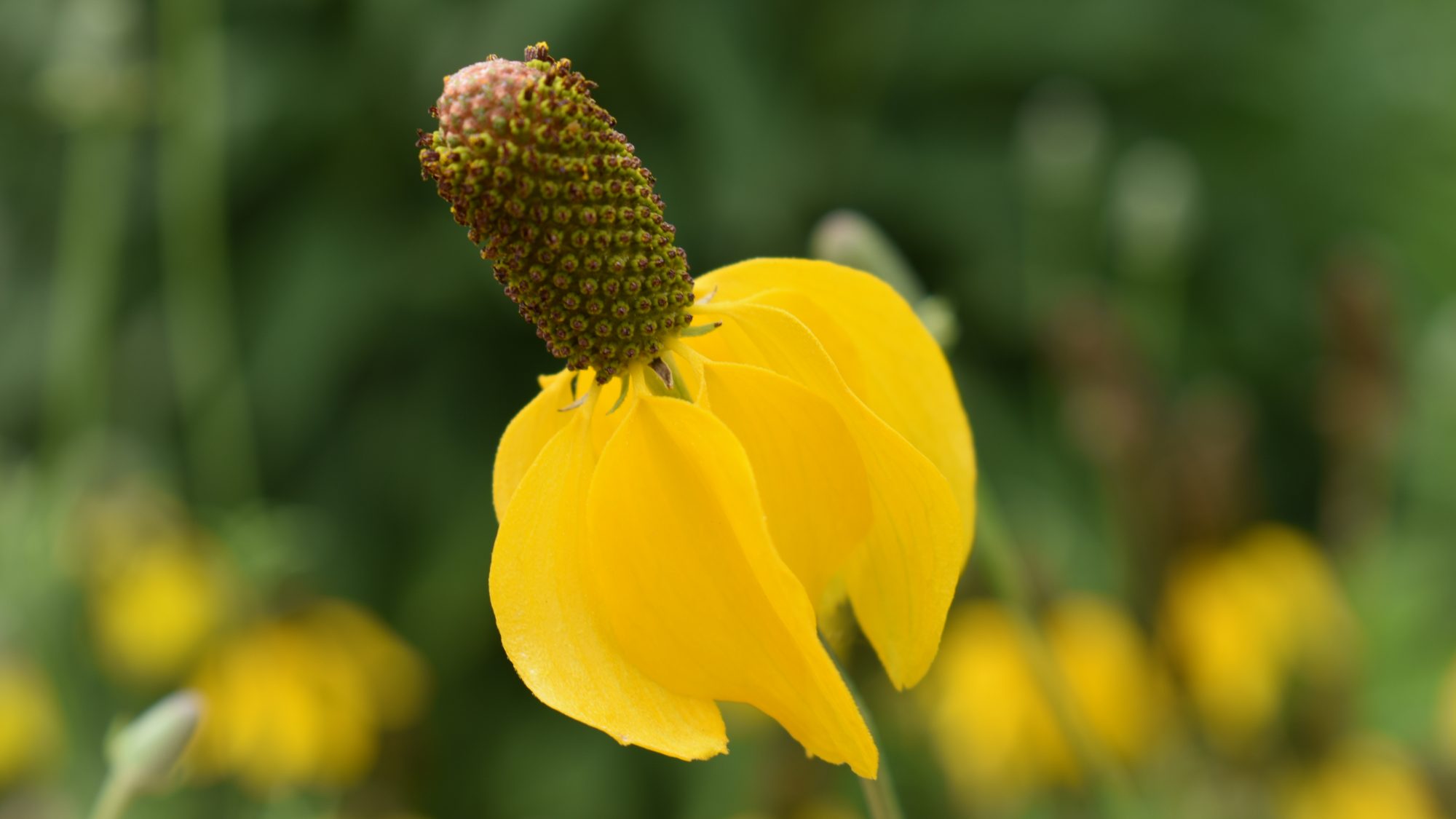 The prairie cone flower is showing its elegant blooms on the Systematic Beds.

Belonging to the daisy family, or Asteraceae, the genus Ratibida contains only 5 or 6 species of biennials and perennials from the prairies of North America and Mexico. R. columnifera is an erect perennial to 80cm, with alternate, pinnate leaves, which occurs from Mexico to south west Canada. Flowering from summer into autumn it bears distinctive flower heads, with reflexed yellow ray florets, and an extended columnar disc floret of green which turns brown, and these have earnt it the common names of prairie cone flower, or Mexican hat. This species has medicinal properties, with the leaves used as a tea to treat stomach ache, the flowers used as a tea to treat headache, and the boiled leaves used to treat snake bites and poison ivy rashes. A drought-tolerant  species it flourishes in poor, well-drained soils in full sun.