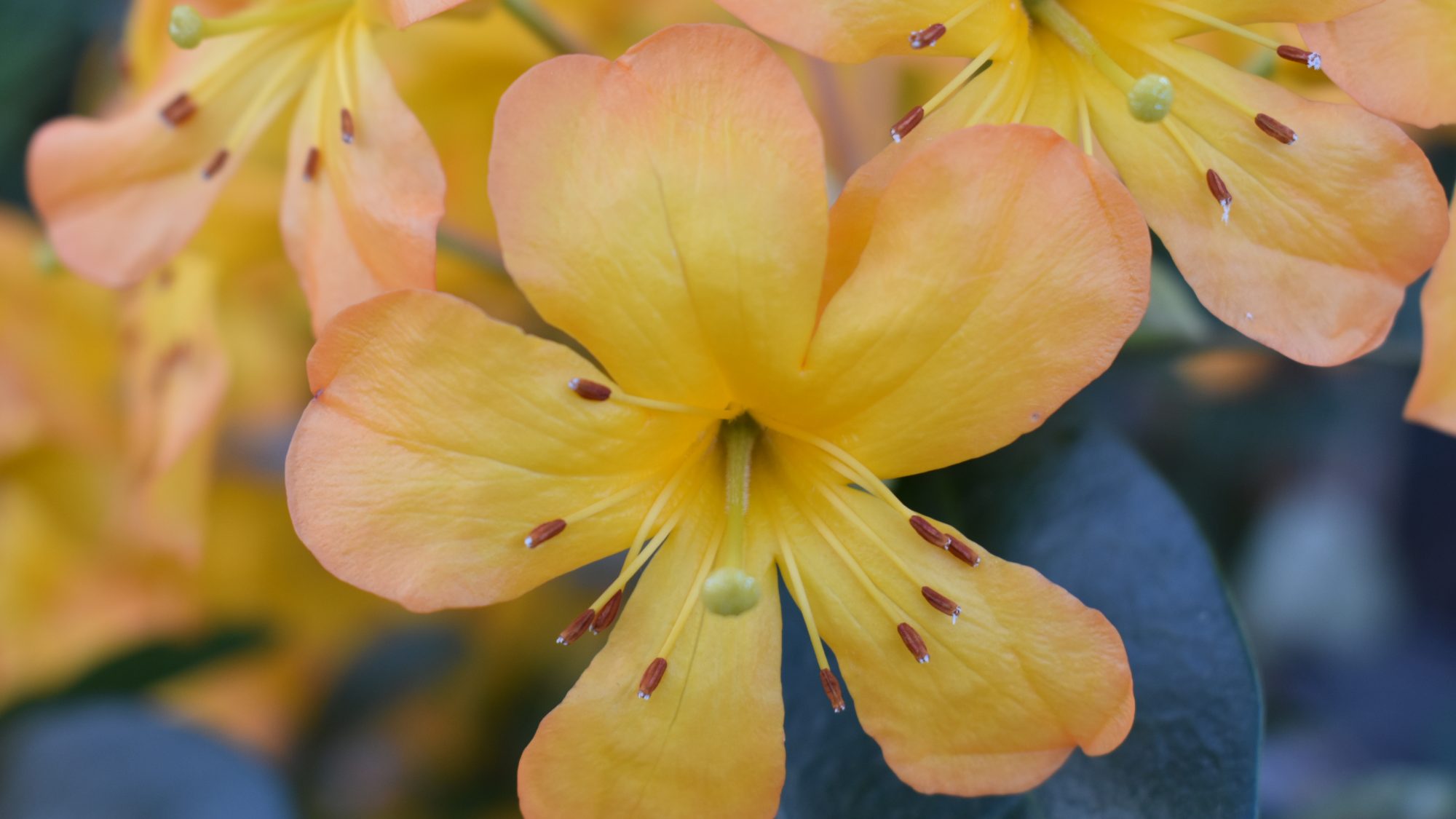 The striking plant can be seen in full flower in the Mountains House.

Rhododendron macgregoriae is one of approximately 900 species of evergreen shrubs which enjoy acidic, or ericaceous, soils. Most occur in the Himalaya, though this species belongs to a section of the genus called vireya. Species within this group occur in tropical zones from Thailand to Australia, and R. macgregoriae originates from Papua New Guinea. It is a terrestrial shrub or small tree, which can reach 5m in height. A challenging species in cultivation, it has tubular orange-yellow flowers carried in umbels, and these are believed to be pollinated by butterflies. It is named in honour of Lady MacGregor, whose husband, the first Lieutenant-Governor of New Guinea, was involved in the first recorded ascent of Mount Yule, New Guinea, in 1890. During this expedition material of R. macgregoriae was collected and subsequently described and named, though the species was not introduced into cultivation until 1955.