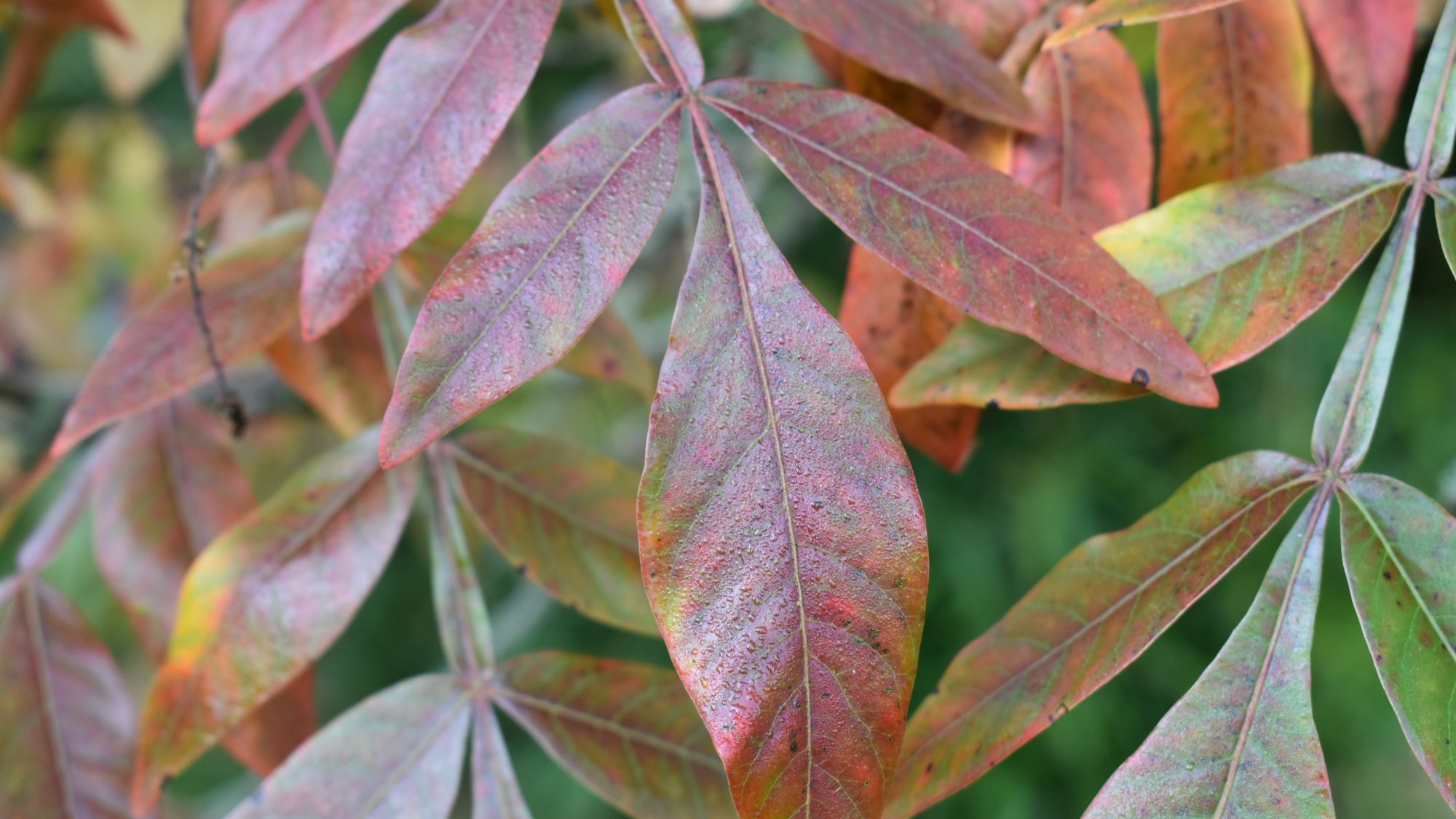 This small tree can be found beside the stream where it’s leaves are taking on autumnal tones.

The dwarf sumach, Rhus copallina, is an upright species which seldom exceeds 2m in height in the United Kingdom, but can reach 8m in its native eastern North America. It is thought that this height differential reflects the fact that the plants grown in here probably all derive from the shrubbier northern  forms of this species. The distinguishing feature of this species is the winged stalk of the glossy, pinnate leaves. In summer densely crowded pyramidal panicles of flower are produced, and the female trees will produce hairy red fruits. R. copallina was first grown in England at Fulham Palace following its introduction in 1688.