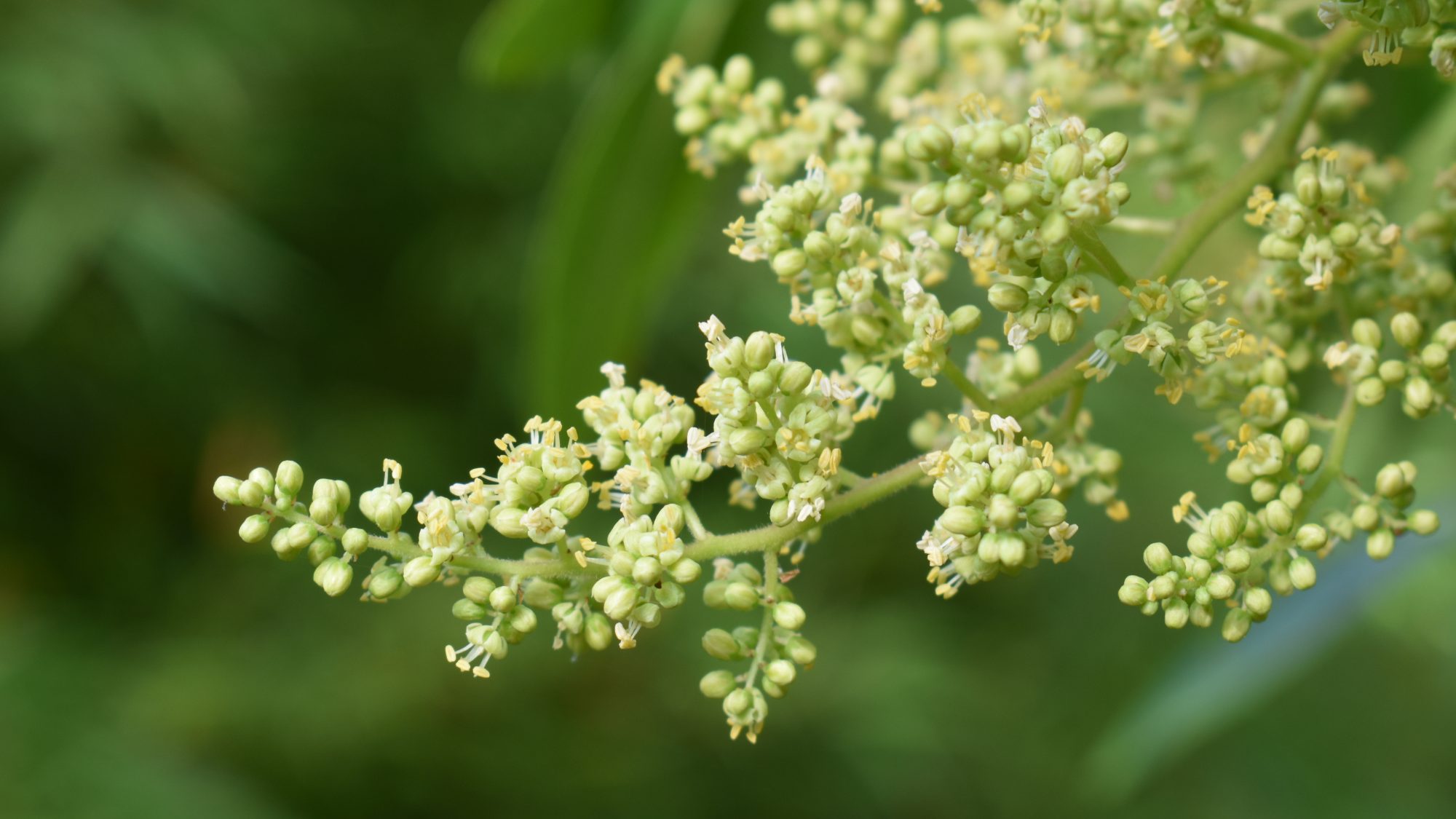 This small tree is bearing a mass of flower beside the Stream.

A native of the eastern United States, Rhus copallina grows on dry hillsides, open woodland, glades, fields, roadsides and rail sidings. It is a variable species growing either as a small shrub to 1.5m, or as a small tree reaching only 5m in height. A dioecious species, with male and female flowers on separate trees, it produces tight panicles of tiny green-yellow flowers in late summer, which are highly attractive to bees. The compound pinnate leaves comprise 9 – 15 leaflets, and the midrib of each of these has a leafy wing, hence the common name winged sumac. During autumn the foliage takes on rich red-purple tones. One of approximately 200 species in the Anacardiaceae (cashew) family, the specific name copallina means gummy or resinous, in reference to the sap it produces. All species of Rhus produce sap, which can irritate and be toxic, so care should be taken when handling this genus.