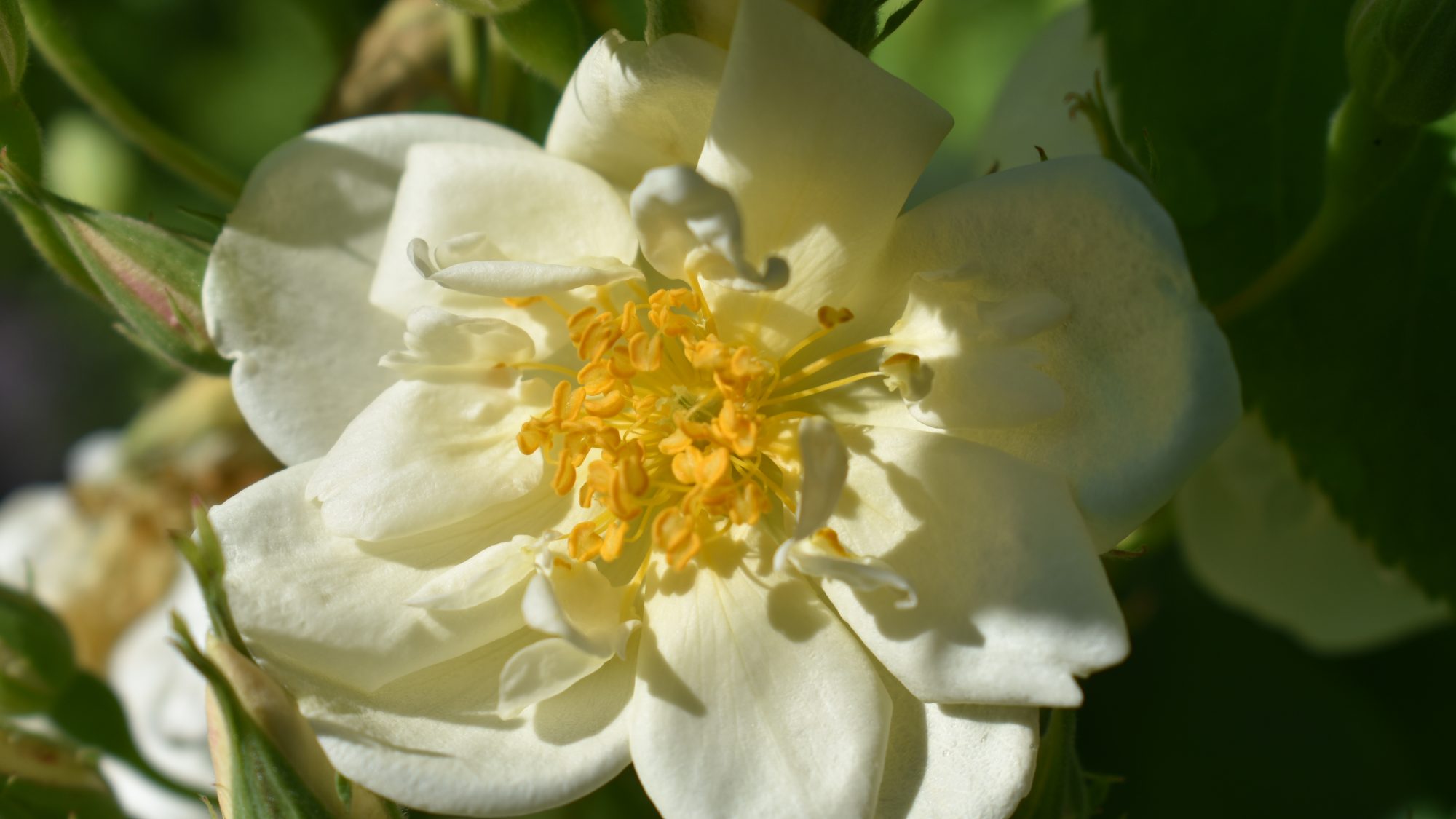 This shrub rose is displaying it’s scented flowers in the Rose Garden.

The origin of this species rose is unknown, though it is thought to be a native of Europe, north Africa and south west Asia.  A succession of single or semi-double blooms will be produced throughout summer, and these will be followed in autumn by spherical to ovoid, orange hips.  The musk-scented flowers have been used in the distillation of perfumes, and they give rise to the common name musk rose, and to the specific name moschata, which is Latin for musk.  Rosa moschata is thought to have been first introduced to our gardens by the Elizabethans, but disappeared from cultivation, being ‘rediscovered’ in 1963 by Graham Stuart Thomas in E A Bowles’ garden at  Myddleton House.