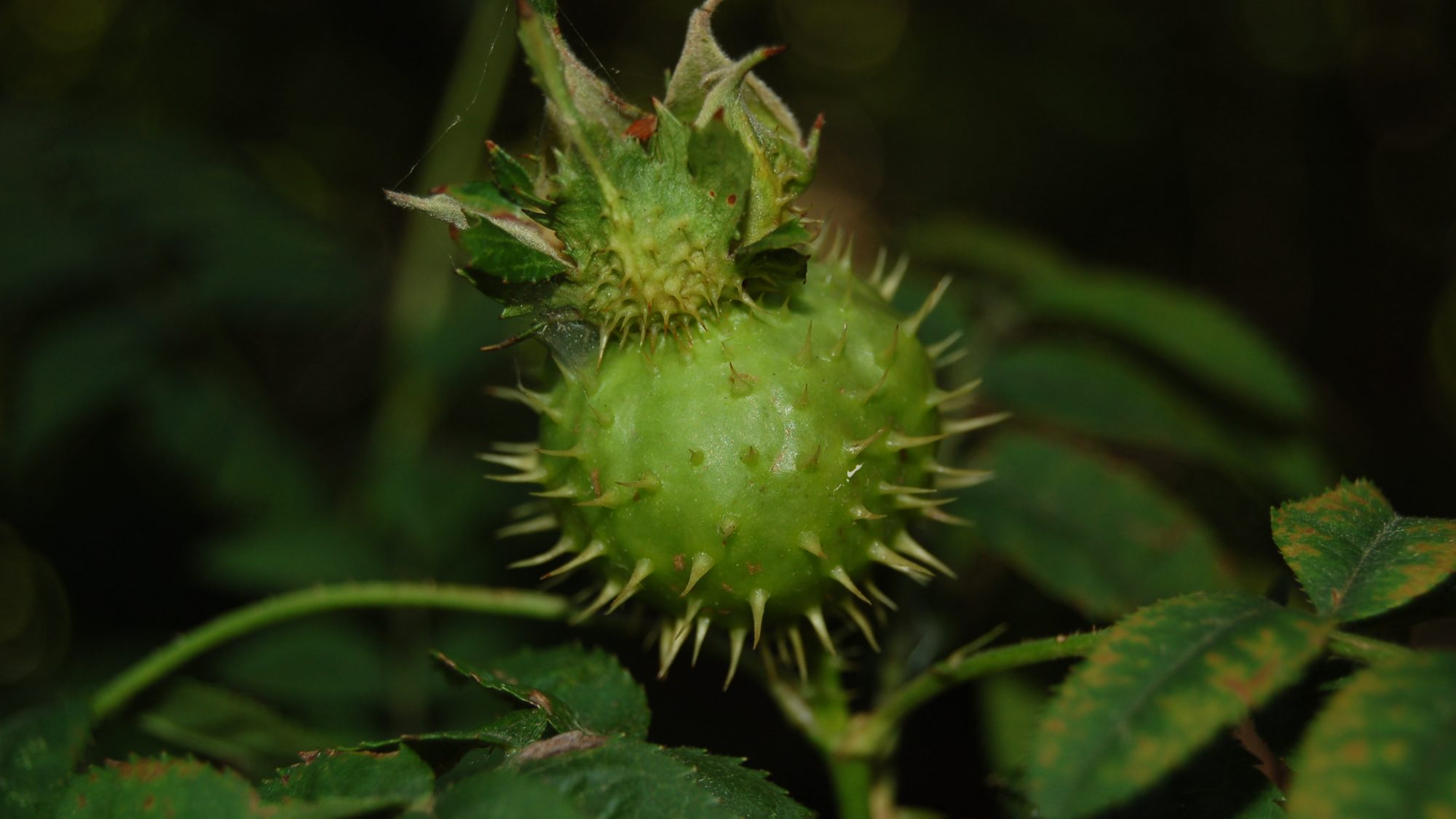 This large shrub is bearing spined hips reminiscent of chestnut fruits alongside the South Walk.

A native of China and Japan, Rosa roxburghii is one of 150 species of rose occurring in Asia, Europe, north Africa and North America. It is a sturdy bush exceeding 3m in height, with flaking stems with few prickles, while the leaves are mid-green in colour, with 7-19 toothed leaflets. In summer it produces solitary, lilac-pink flowers, and in autumn displays yellow-green fruits encased in a spiny shell, which give rise to the common name chestnut rose. Both the flowers and fruit are tucked amongst the leaves. This species is known as both double and single forms, the first being introduced from Calcutta Botanic Garden in 1824, while the single-flowered form was later introduced to our gardens from Japan.