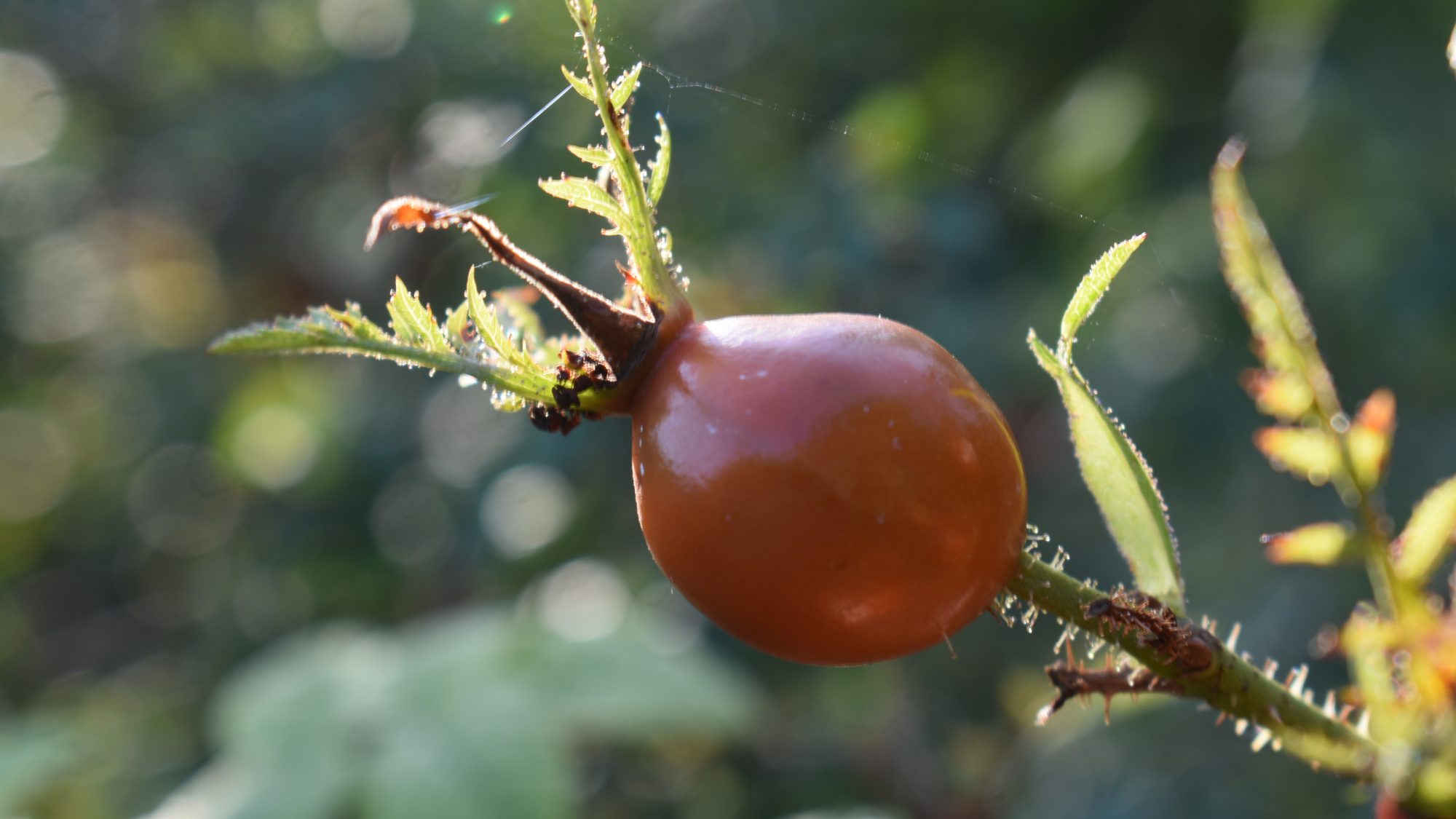 This vigorous shrub rose is full of glossy fruits in the Rose Garden.

It is estimated that there are 150 species of rose, which have given rise to over 3000 cultivars. This is one of the species roses, known commonly as the sweet briar, or eglantine rose. It has an erect, arching habit and grows to 2.5m in height, and the stems are equipped with hooked thorns, which may be accompanied by small, stiff bristles. Flowering in midsummer, the pale pink blooms are cup-shaped and may be solitary, or in clusters of three or seven, and these have bristly-glandular sepals, which persist on the spherical, glossy hips. A native of Europe and North Africa, it is a familiar British hedgerow species.