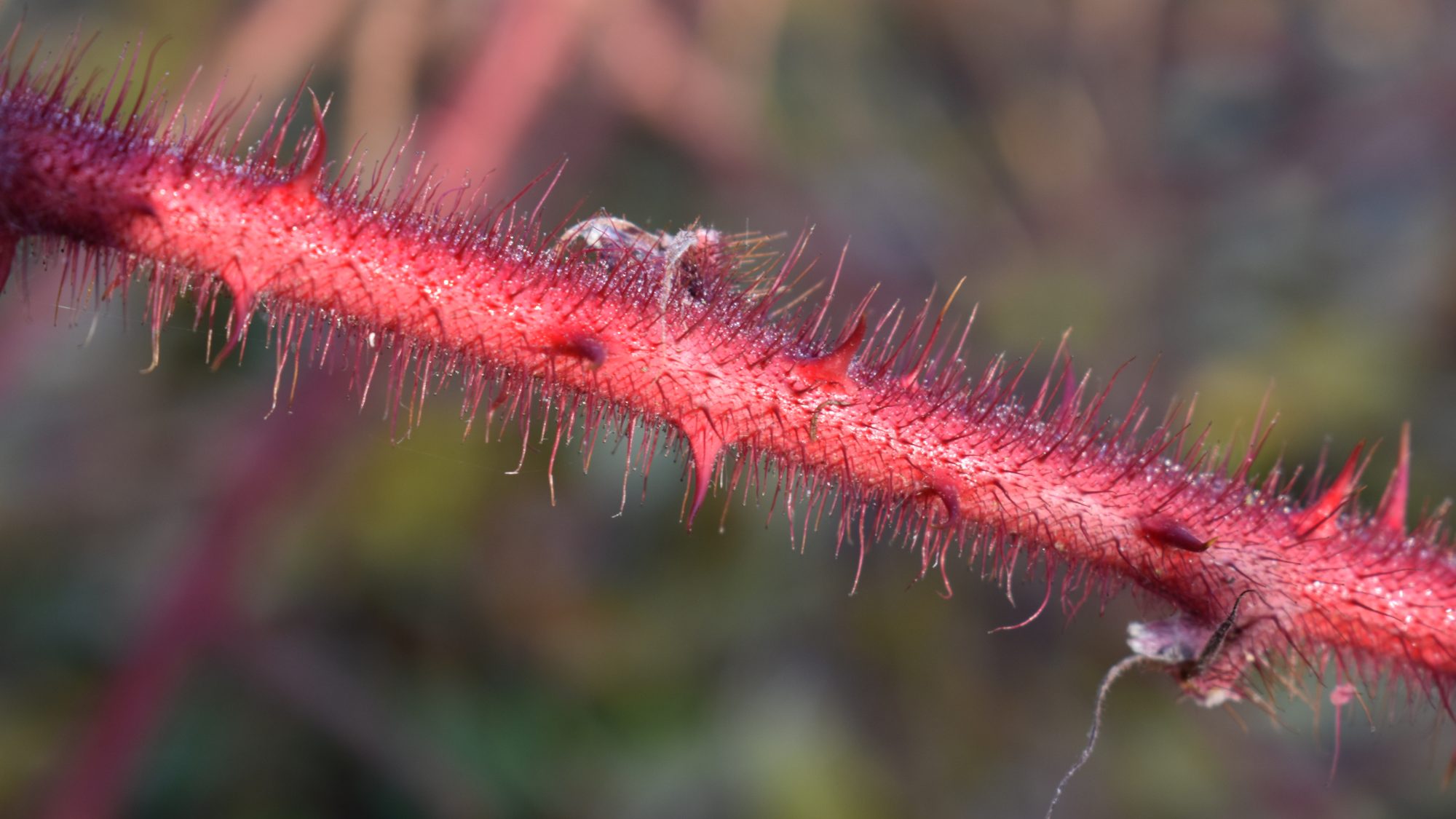 The bristly stems of the Japanese wineberry bring another dimension to the plantings in the Winter Garden.

The genus Rubus numbers some 250 species of mainly prickly shrubs, climbers and herbaceous perennials from around the world. Some are familiar to us as edible fruits, such as blackberries and raspberries, and others, such as the fruiting Japanese wineberry (Rubus phoenicolasius), are less well known but valuable for their aesthetic merits. Originating from China, Japan and Korea, this is a scrambling species whose red-flushed, arching stems are covered in fine red bristles and thorns. An easy species in cultivation, it requires plenty of space, but also a spot where the stems will catch the winter sun to show it at it’s best.