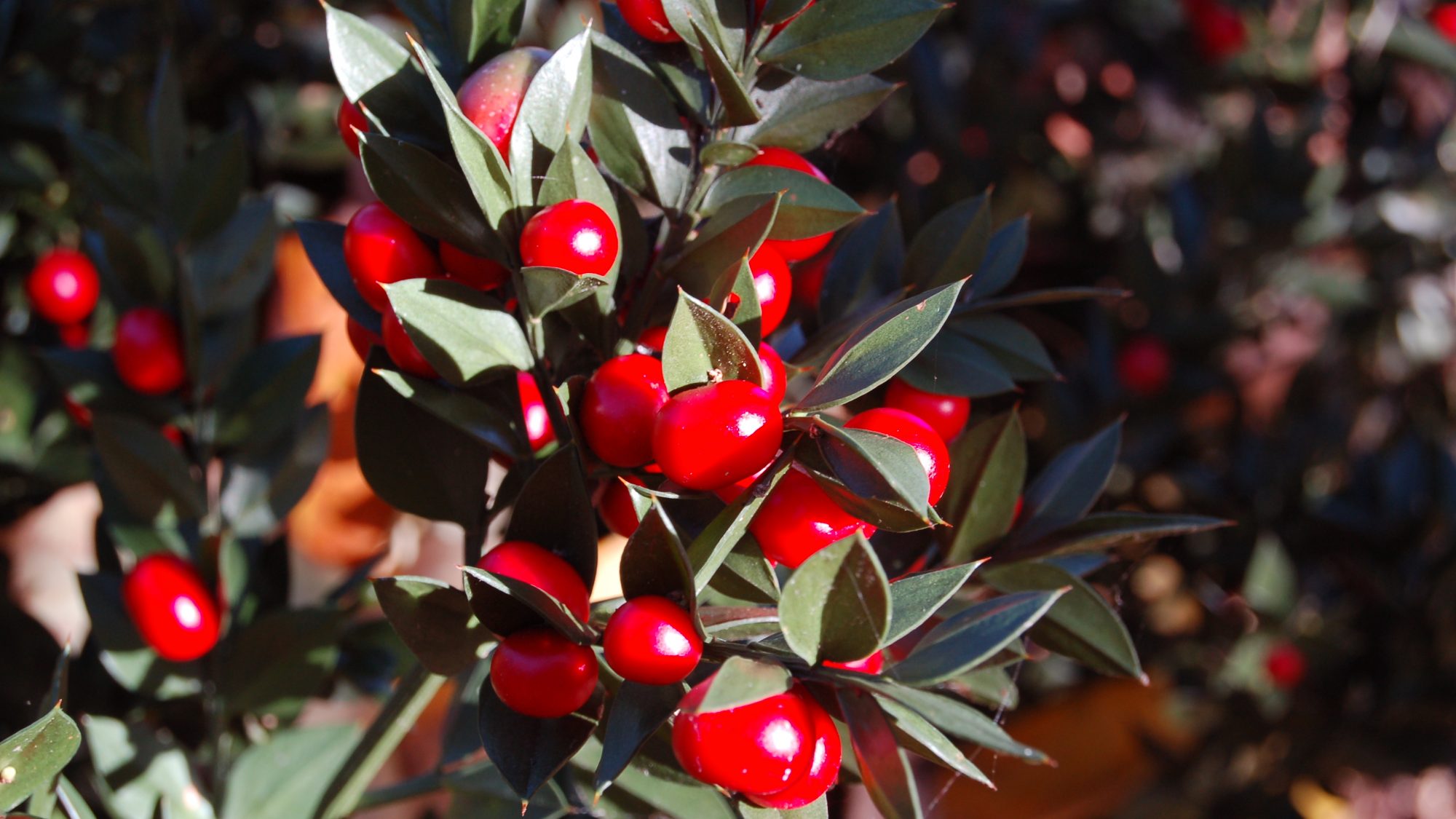 Planted at the junction of Middle Walk and Bateson Walk the evergreen butcher’s broom is displaying glossy scarlet fruits.

The genus Ruscus numbers only six species of rhizomatous, evergreen shrubs belonging to the asparagus family, Asparagaceae, the members of which all regenerate from basal stems. All Ruscus occur in woodland from the Azores to north Africa and Iran, and all have cladodes, or modified stems, which take the place of leaves, and which bear the flowers and fruits. Ruscus aculeatus is a native of Europe, the Azores, northern Africa and northern Turkey, and it also occurs in southern England. A valuable species for dense shade this is a clump-forming species with erect stems and rigid branches, clothed in ovate, spine-tipped cladodes. The small white flowers and the globose red fruits emerge from the centre of the cladodes. Ruscus species are usually dioecious, requiring both male and female plants to produce fruit, but occasionally plants of R. aculeatus have self-fertile, or hermaphrodite, flowers. This species is believed to have been used by butchers to clean their blocks, hence the common name.