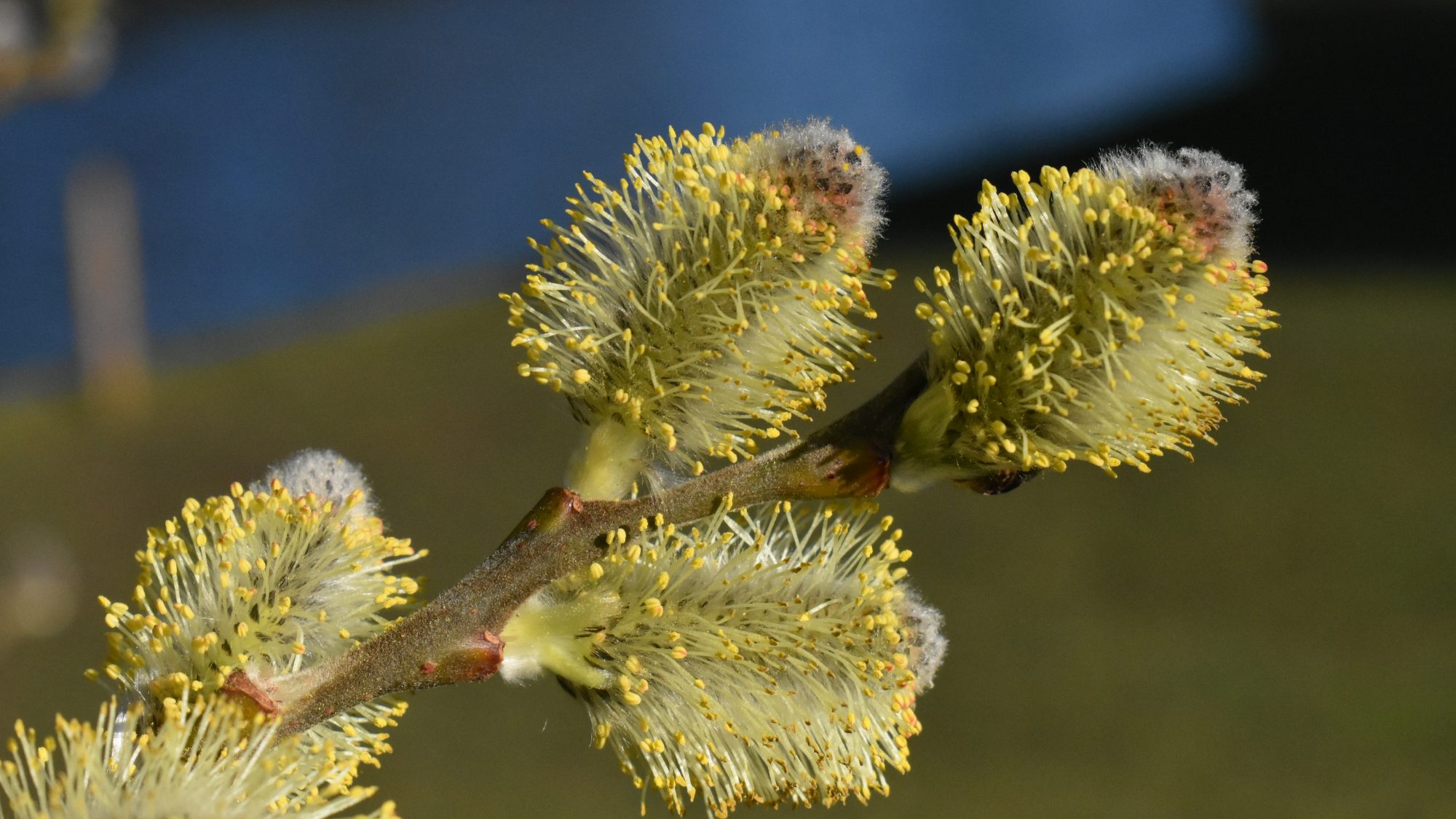 Growing beside the Lake this solitary tree is displaying attractive fat catkins.

Salix aegyptiaca is a small species of willow, growing to no more than 4m in height, and having red-purple shoots and obovate leaves. During winter it produces almost sessile (stemless) slender female catkins. It is the short, stout male catkins though which grab attention, initially emerging covered in a silky down, and eventually producing attractive yellow anthers. Several small, silky leaves sit at the base of both the female and male catkins. This is a native of eastern Turkey and Iran, and it was first recorded in cultivation at Innsbruck Botanic Garden in 1874. The male catkins were considered a delicacy of its native habitat, where they were used to produce a perfumed drink, and sugared and eaten as sweets. The catkins have also been used to perfume linen.