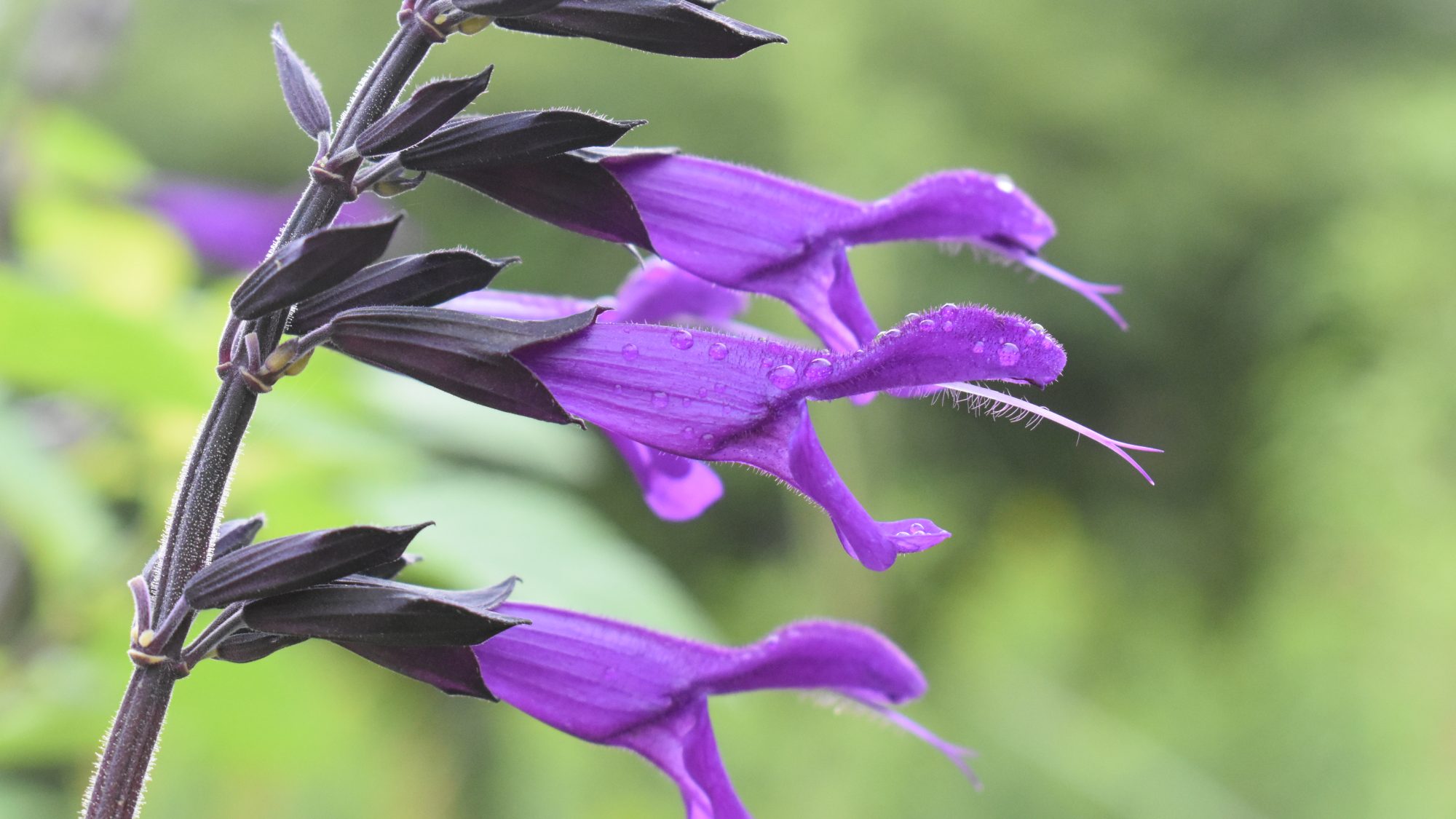 This late-flowering sage is adding colour to the Herbaceous Beds.

Comprising over 900 species the genus Salvia is invaluable for adding colour, form and scent to the Garden. The familiar culinary herb (S. officinalis) is perhaps the most widely known member of the genus, but a range of annual and perennial species are highly valued for their horticultural value, and for providing a wealth of colour and form to the garden. S. ‘Amistad’ is a popular cultivar, suitable for herbaceous borders, tropical plantings and containers. It was first discovered in Argentina and is believed to be a hybrid of S. guaranitica and S. gesneriiflora, and it is commonly known as the friendship sage, with the Spanish name ‘Amistad’ meaning friendship. It is a bushy perennial to 1.2m in height, having downy, aromatic foliage and erect spikes of deep purple flowers, which sit in contrasting dark calyces. Producing flowers from June to the first frosts ‘Amistad’ is generally regarded as a tender cultivar, though it will persist in mild winters if grown in a sunny, well-drained position.