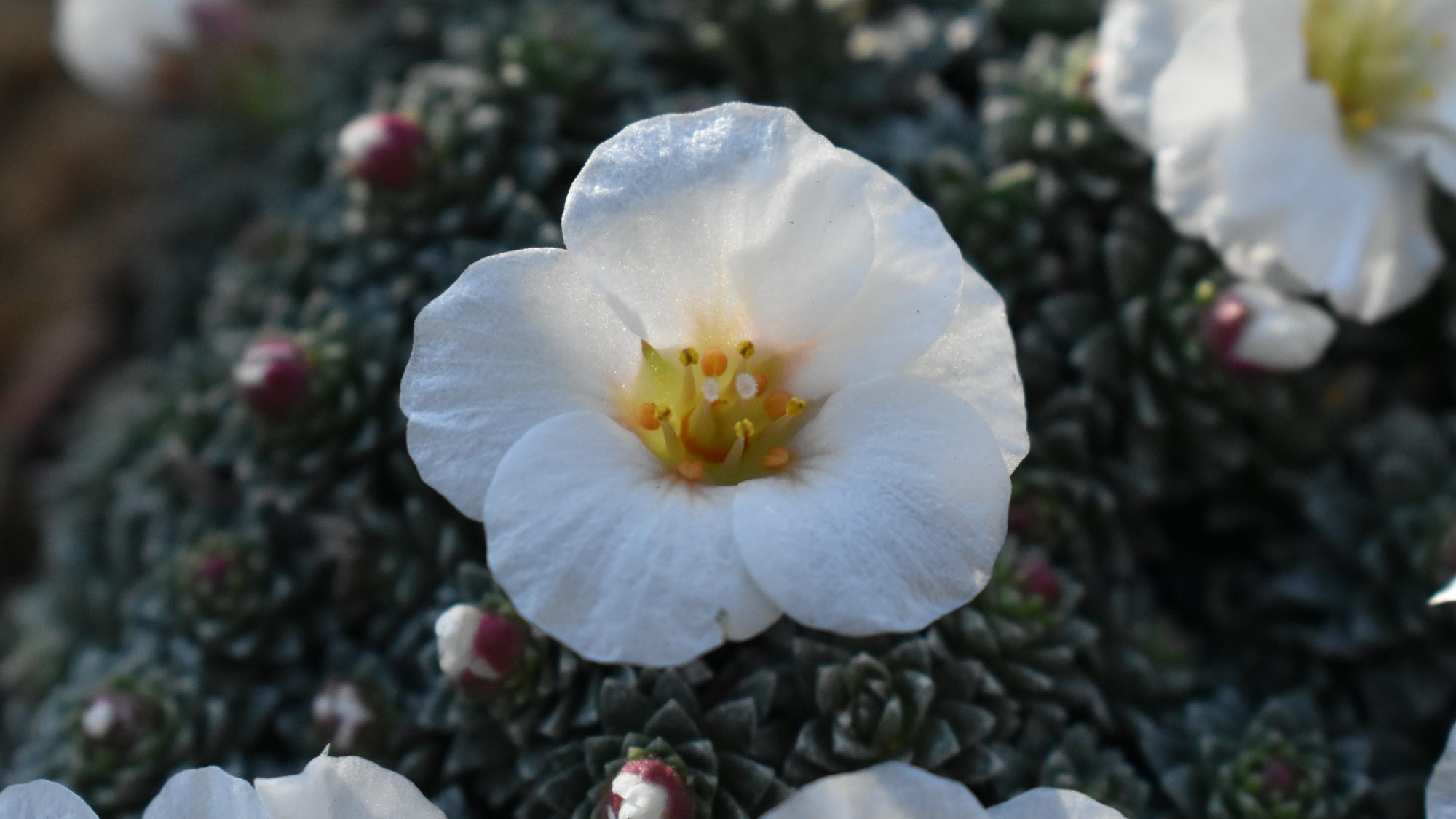 This early-flowering alpine can be found nestled amongst other alpine species in the Mountains House.

Comprising over 400 species the genus Saxifraga comprises clump-forming, or more commonly mat or cushion-forming species from mountainous regions of the northern hemisphere. Many grow in rock crevices and it is from this habit that they earn the name Saxifraga, meaning rock-breaker. While there exist a number of annual species it is the cushion-forming species which attract most attention horticulturally, with their compact habit and flat, star-shaped flowers. S. ‘Joy Bishop’ has a neat habit and produces large, open, white flowers, which emerge from red buds in late winter. As with all the Saxifraga it thrives in well-drained compost and a well-ventilated position.