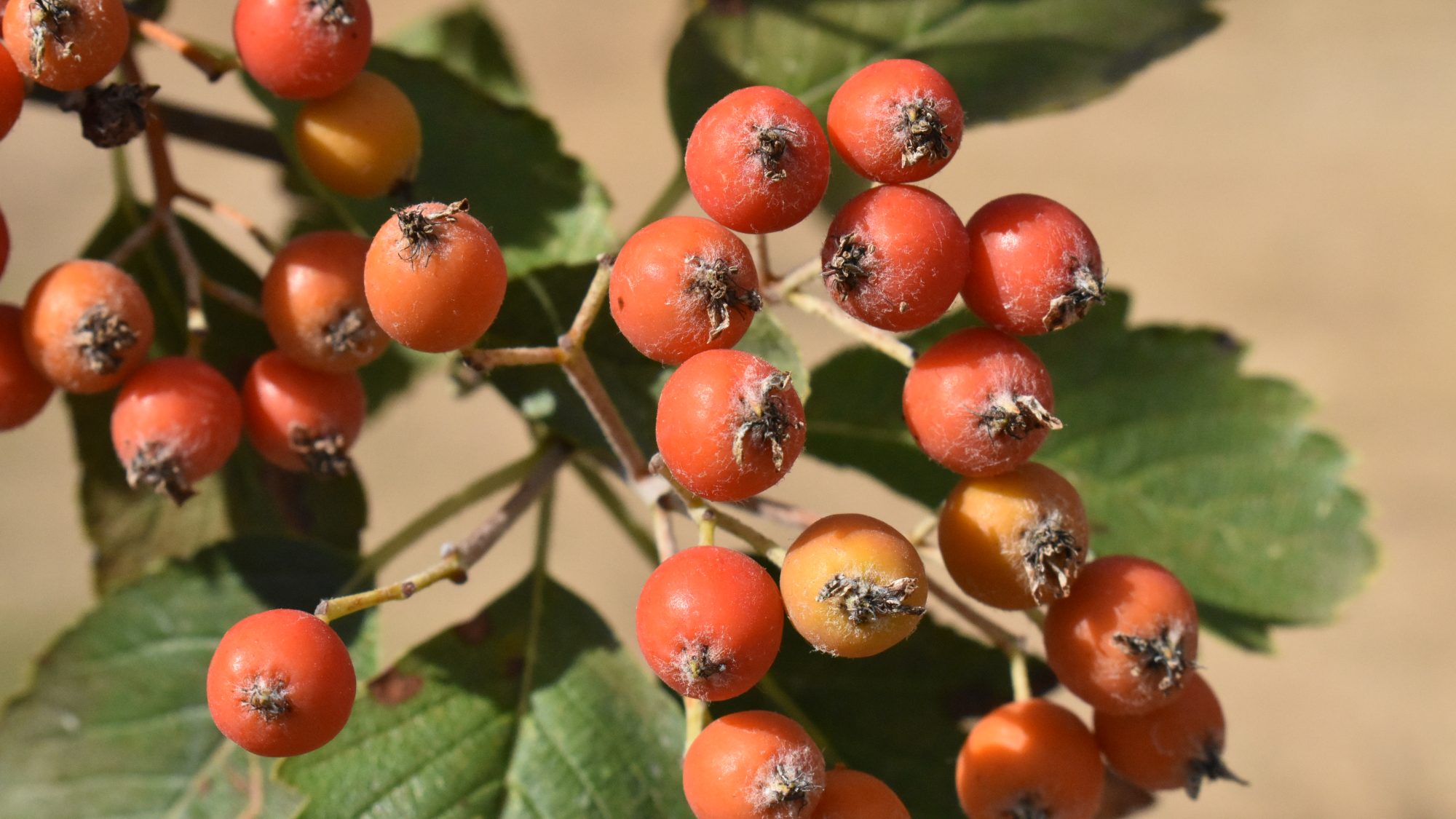 A rare tree, Sorbus leyana can be seen in full fruit in the Understanding Plants area.

One of 100 species of trees and shrubs from the northern hemisphere, Sorbus leyana (or Ley’s whitebeam) has a limited distribution, occurring only in the Brecon Beacons, Wales. It is arguably the rarest plant species in Wales, with only 17 plants known, which grow precariously on steep limestone cliffs. Discovered by the nineteenth century botanist and vicar, Rev. Augustin Ley, and named in his honour, S. leyana is believed to be a natural hybrid of S. aucuparia (mountain ash) and either S. rupicola (rock whitebeam) S. porrigentiformis (rock whitebeam). With a limited distribution, low numbers, threats to habitat, grazing, and limited reproductive ability Ley’s whitebeam is regarded as critically endangered by the International Union for the Conservation of Nature. Our specimen was sourced directly from the Welsh population in 1975, and forms a small tree, rather than the shrubby habit displayed by plants in the Welsh mountains.