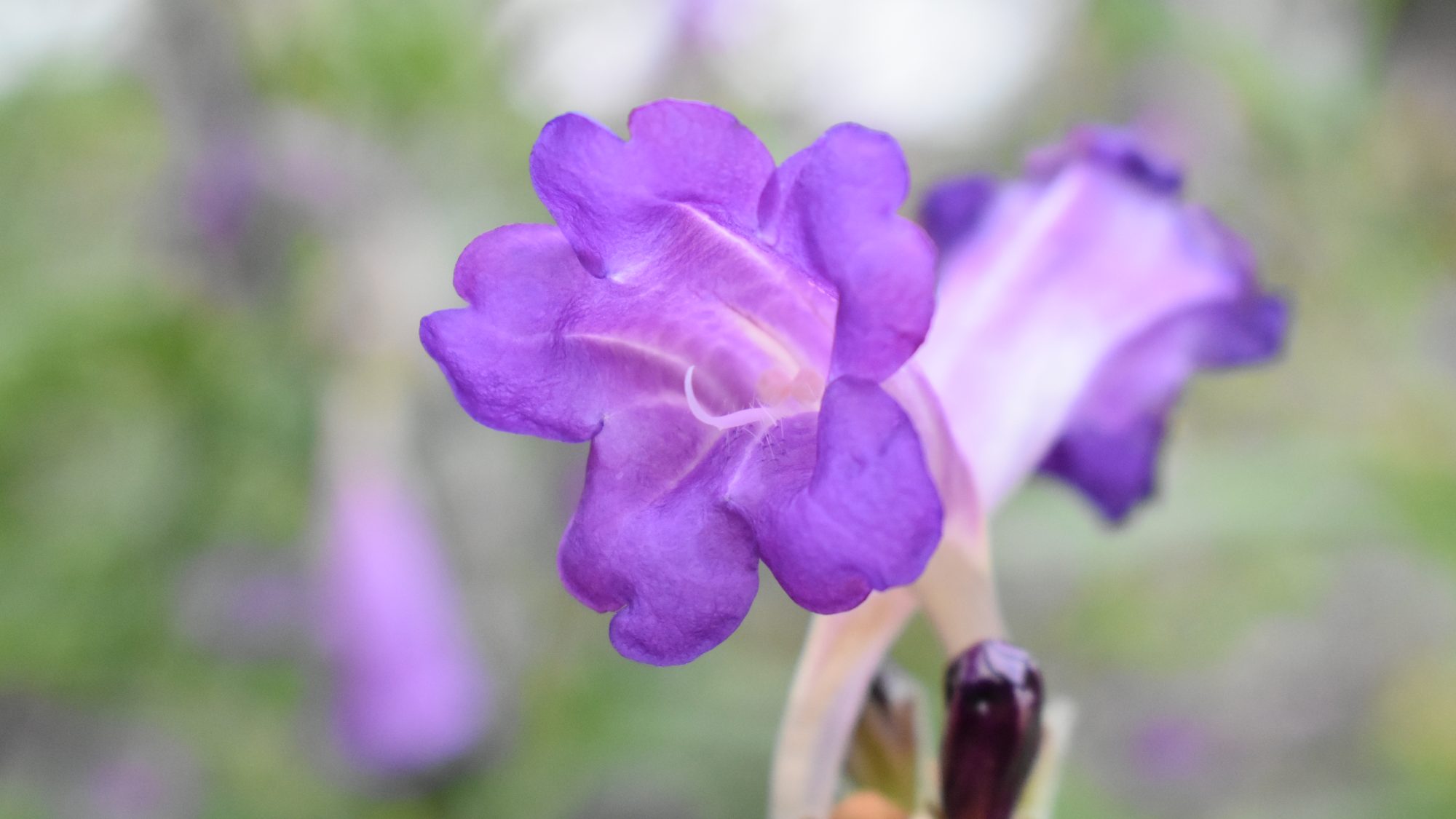 This late-flowering perennial brings welcome colour to the border at Brookside.

A member of the Acanthus family (Acanthaceae) the genus Strobilanthes comprises approximately 250 species of perennials and shrubs from Asia and Madagascar. Species bear opposite leaves which may be entire or toothed, and most carry blue, purple or white flowers, though a few have yellow flowers. Strobilanthes wallichii, or hardy Persian shield, is one a few hardy species, originating from temperate and tropical zones of Asia. It is mound-forming, and has spikes of intense blue, tubular flowers produced in September and October, and enjoys fertile, well-drained soil in sun or partial shade. This species takes its specific name from Nathaniel Wallich (1786-1854), a Danish botanist and curator of Calcutta Botanic Garden.