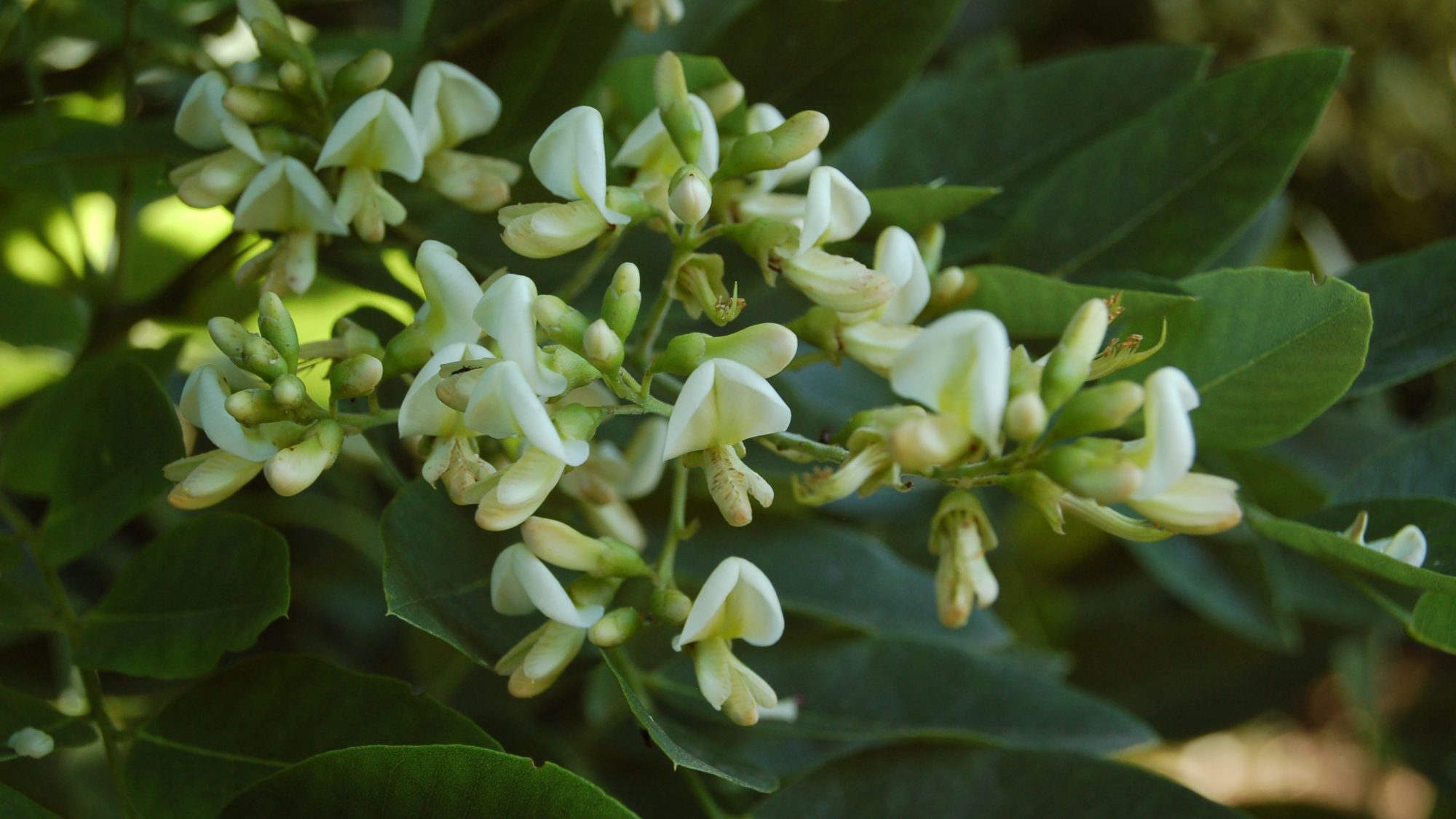 This attractive tree is bearing masses of pea-like flowers in the Gilbert Carter Area.

Formerly known as Sophora japonica, the Japanese pagoda tree (Styphnolobium japonicum) was first grown in European gardens in 1747 when it was  introduced to France. It was first recorded growing in England in 1753, having been introduced by the nurseryman James Gordon. Though the specific name japonica suggests it originates from Japan, it only occurs in the wild in western and central China, though is widely cultivated in both China and Japan. It is a large, deciduous tree reaching 25m in height, and produces a rounded head of pinnate leaves. Terminal panicles of fragrant, cream-white flowers are carried amongst the foliage. It enjoys warm summers, though seldom produces seed in the British Isles. Timber of this species is used in the production of furniture, while the seed pods produce yellow and grey dyes, and all parts of S. japonicum have purgative properties.