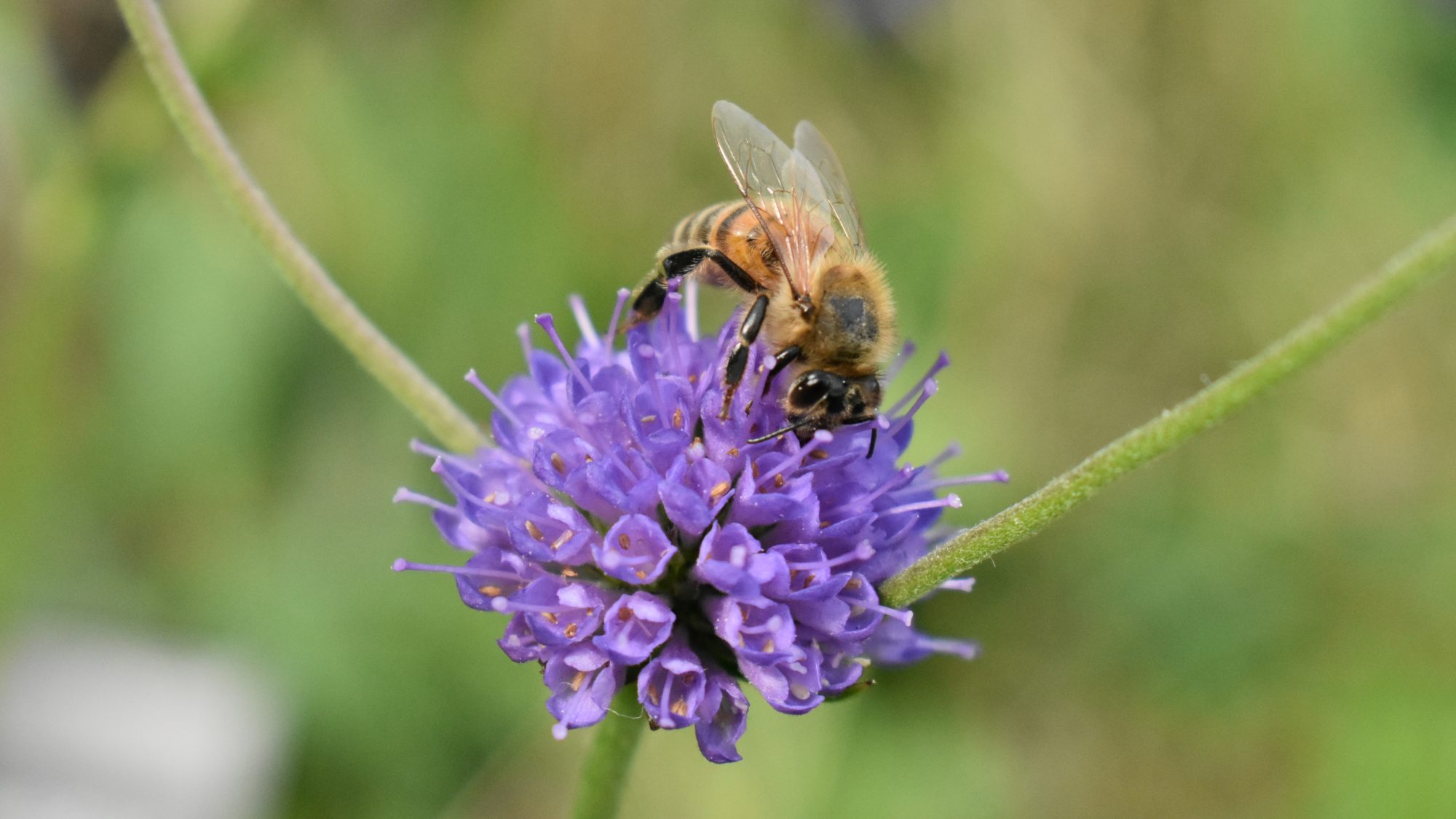 This attractive perennial can be seen in full flower on the Ecological Mound.

A member of the honeysuckle family, Caprifoliaceae, Succisa pratensis is closely related to the genus Scabiosa, whose flowers it closely resembles. This is the only species within the genus, and it takes its common name devil’s-bit scabious from the Latin succido, meaning cut-off below, which refers to the truncated rhizome which looks as if its been bitten-off by the devil. A native of the British Isles it is in decline in southern and eastern England, but also occurs throughout Europe, north Africa and western Asia, where it grows in damp meadows, moorland, woodland rides and riverbanks. An attractive late-flowering species, it has a basal rosette of obovate foliage, and bears airy heads of violet pincushion-like flowers from midsummer into autumn. A good species for attracting bees, this species will readily self sow if given the right conditions.