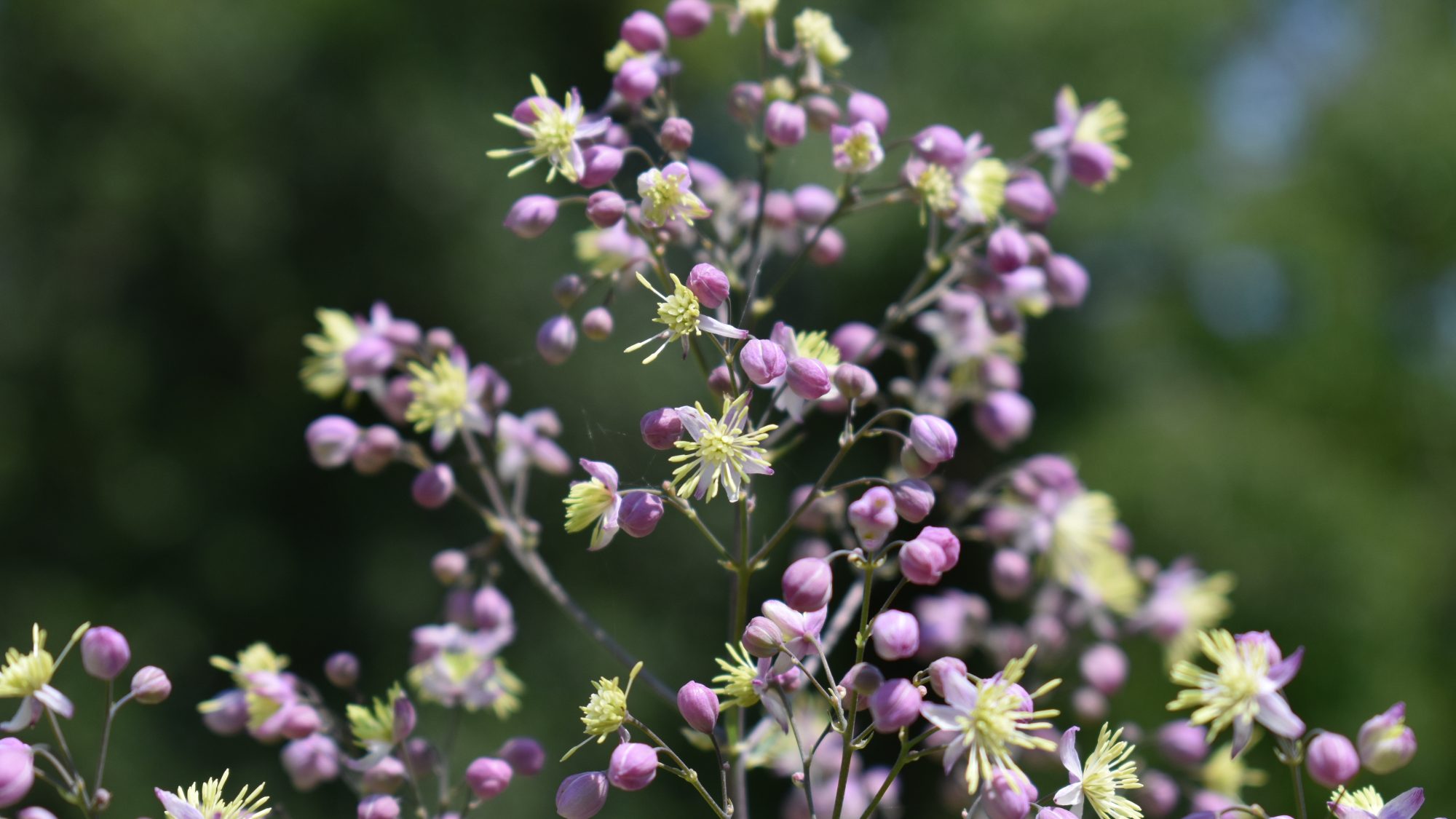 This lofty selection of meadow rue holds its airy panicles of delicate flowers high above the streamside plantings.

Comprising approximately 130 species of moisture-loving perennials, the genus Thalictrum occurs throughout the world, with the exception of Australasia, though grows mainly in northern temperate zones. ‘Elin’ is a sterile hybrid raised from a cross between the European and Asian T. flavum var. glaucum, and the Japanese T. rochebrunianum. It is one of the tallest selections of this genus, towering up to 2.5 m in height. Even without flowers this species is striking,  having erect, purple-tinged stems which contrast with the blue-green lobed leaflets. The pink flowers, with their cream-yellow stamens, emerge from attractive orbicular buds to provide further contrast.