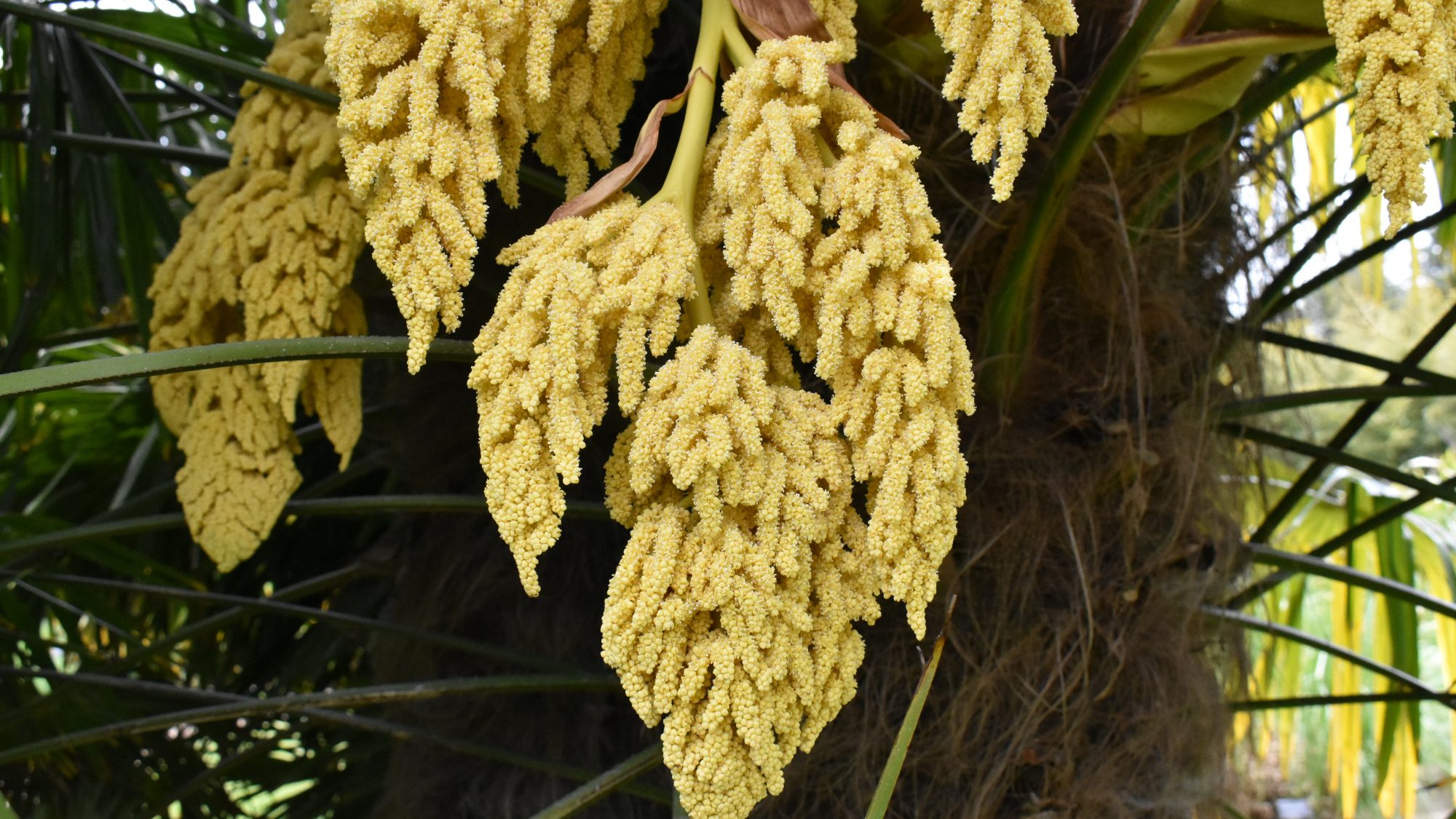 The exotic-looking Chusan palm is bearing panicles of drooping flowers on the Systematic Beds.

One of six species, Tarchycarpus fortunei is a single-stemmed native of central and southern China, where it naturalises freely, and where the fibres clothing the stem are used for making rope textiles.  The glossy, lobed leaves are jagged edged and fan-shaped and can be in excess of 1m in width.  T. fortunei is dioecious, and requires both male and female plants to cross-pollinate and produce fruits.  The tiny yellow flowers are produced in dense panicles hanging from near the base of the leaf.  The female flowers are smaller and less ornamental than the male, and it is the female flowers which produce the black, grape-like fruits, which hang in dense bunches.  Last year’s fruits can be seen nestled alongside this year’s flowers beneath the mass of foliage.  It is a hardy species in the south and west of the United Kingdom, though the leaves can be damaged in strong winds.