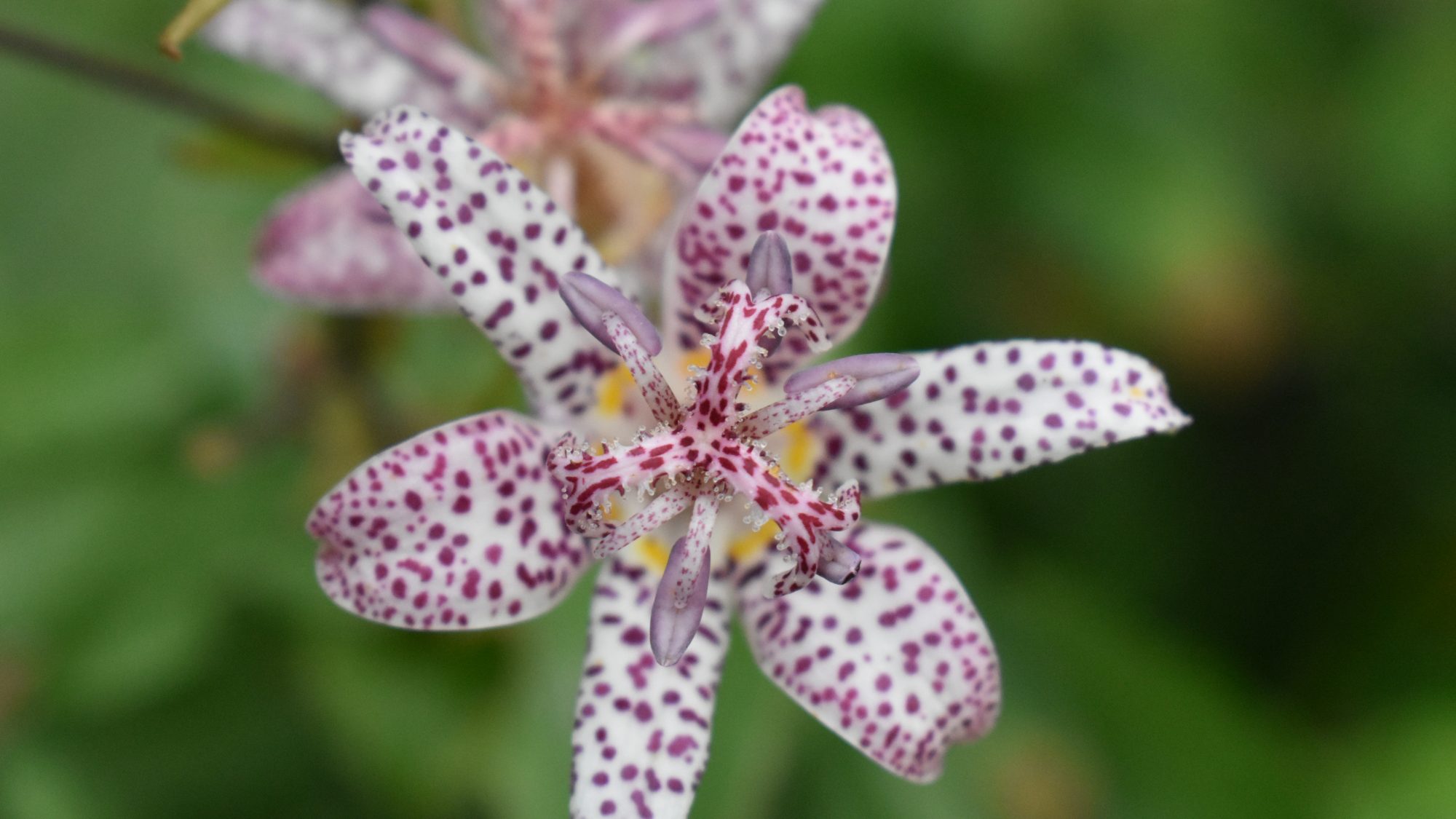 The spotted flowers of the toad lily bring floral interest to the streamside plantings.

The genus Tricyrtis occurs in woodland and mountains from the eastern Himalaya to the Philippines. Species are stoloniferous or rhizomatous and have alternate lance-shaped, pointed leaves. The star, bell or funnel-shaped flowers are typical of the lily family (Liliaceae) to which they belong, having six tepals and six stamens. In the genus Tricyrtis the three outer tepals have a basal bulge from which the name derives, with tri meaning three, and kyrtos meaning hump. Many of the 16 species are spotted, including this Japanese species, whose white tepals are flecked with purple-red markings. Members of the genus enjoy moist conditions in shade or semi-shade.