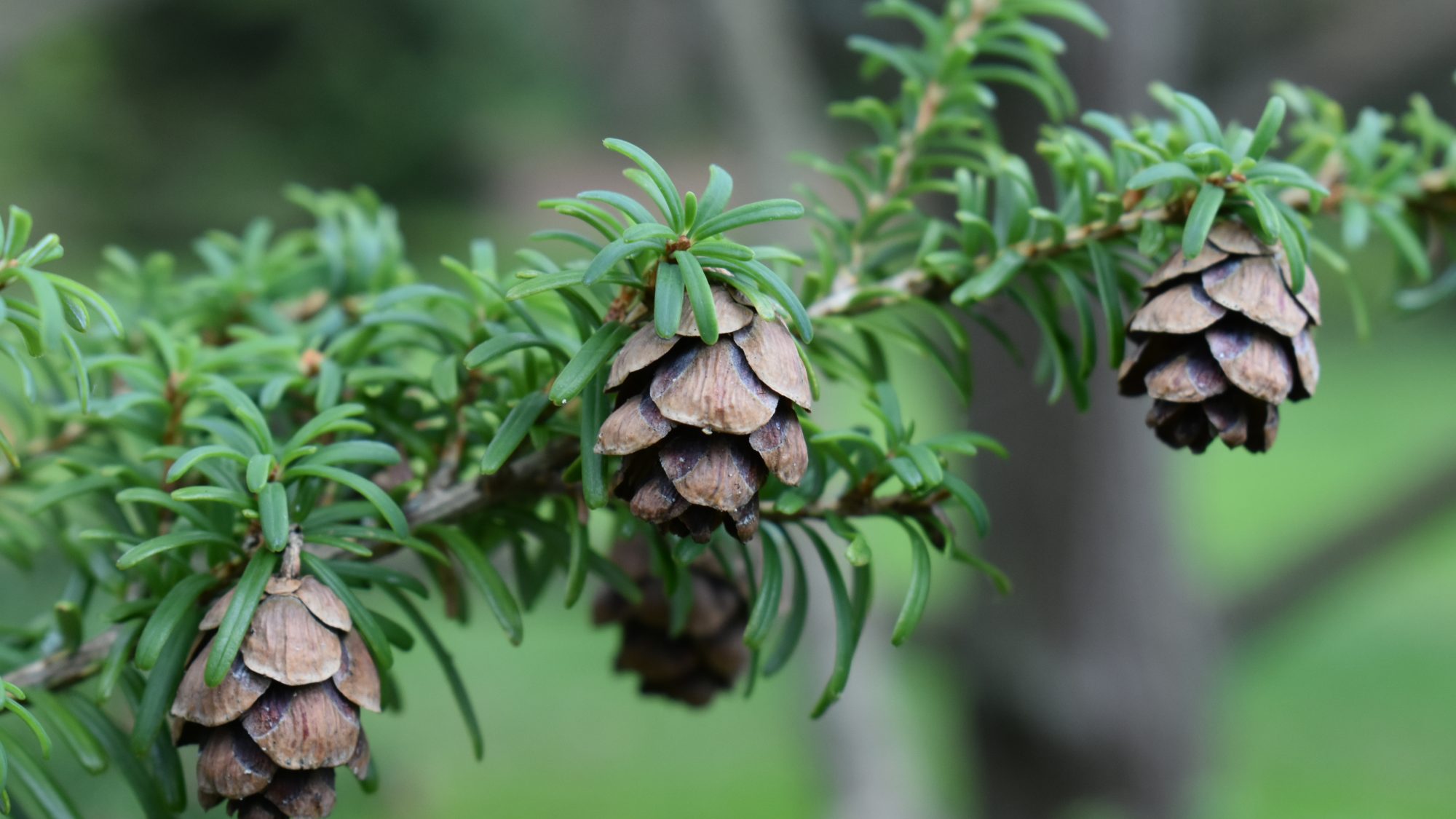 Siebold’s hemlock can be found in the New Pinetum, where it’s delicate cones add seasonal interest.

Distributed throughout Asia and North America, the genus Tsuga comprises ten or eleven species with flattened leaves whose underside is paler than the upper surface. In all species the small, female cones are borne at the apex of lateral shoots. Tsuga sieboldii is a Japanese species, which was introduced to Europe, and named in honour of, the German doctor and plant collector Philipp Franz von Siebold. It can reach 15 m in height and bears attractive female cones with rounded scales, which grow to approximately 2.5 cm in length.