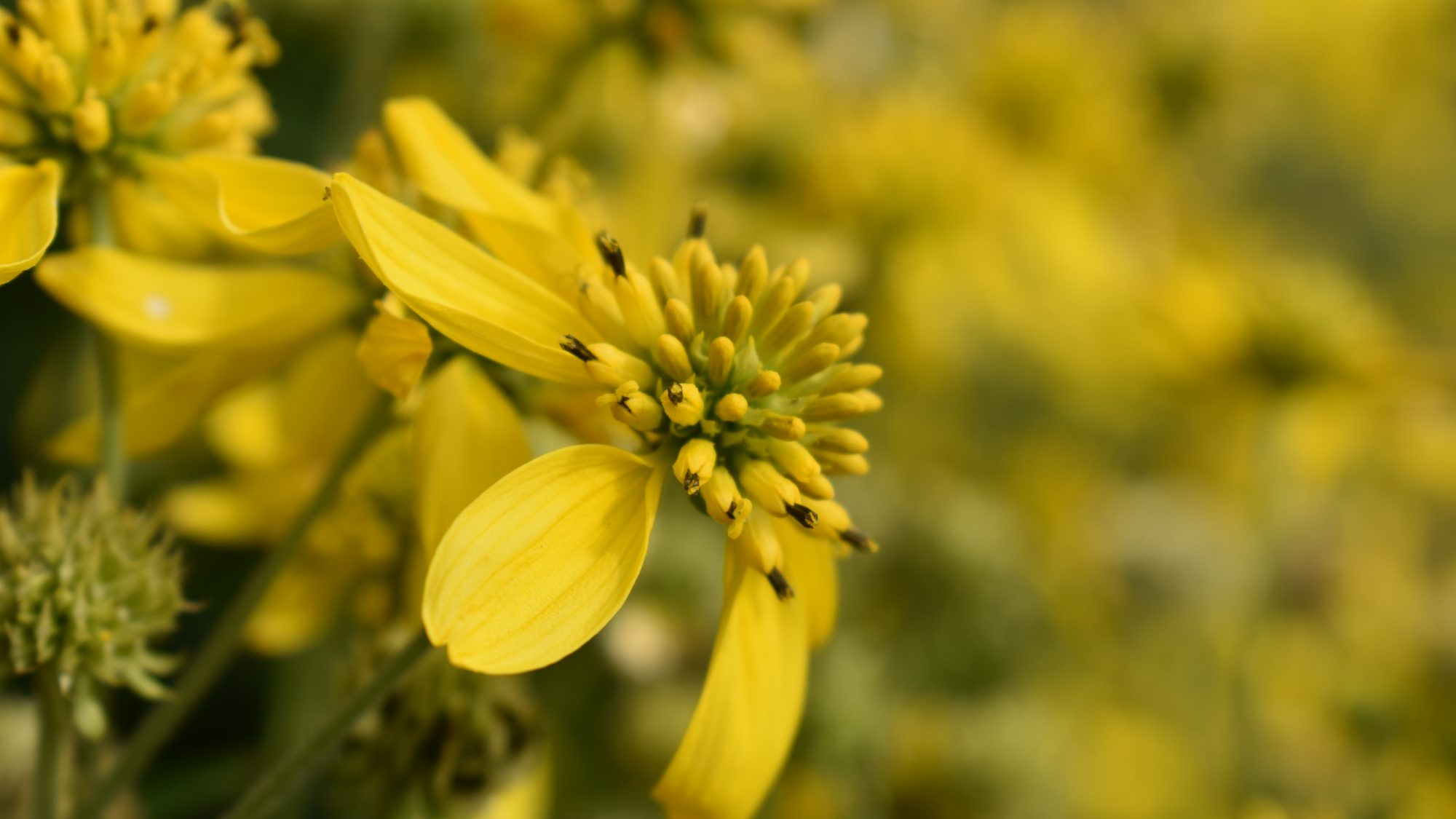 Verbesina alternifolia is just one of many late-flowering daisies on the systematic Beds.

The Asteraceae (aster family) contains in excess of 1600 genera, and 25,000 species from around the world, and as such it is the largest dicotyledonous family i.e. those bearing two seed leaves. Most species are annual or perennial herbs or shrubs, but the family also contains trees, epiphytes and aquatics. This one, Verbesina alternifolia, is a clump-forming herbaceous perennial from eastern North America, where it grows in woods, meadows and thickets and along stream margins. The erect, winged stems, for which it has earned the common name wingstem, have alternate leaves, hence the specific name alternifolia, and the genus takes its name from the similarity of the plant to Verbena. In late summer it produces panicles of brilliant yellow flowers with up to eight ray florets which surround the central disc of many small flowers.