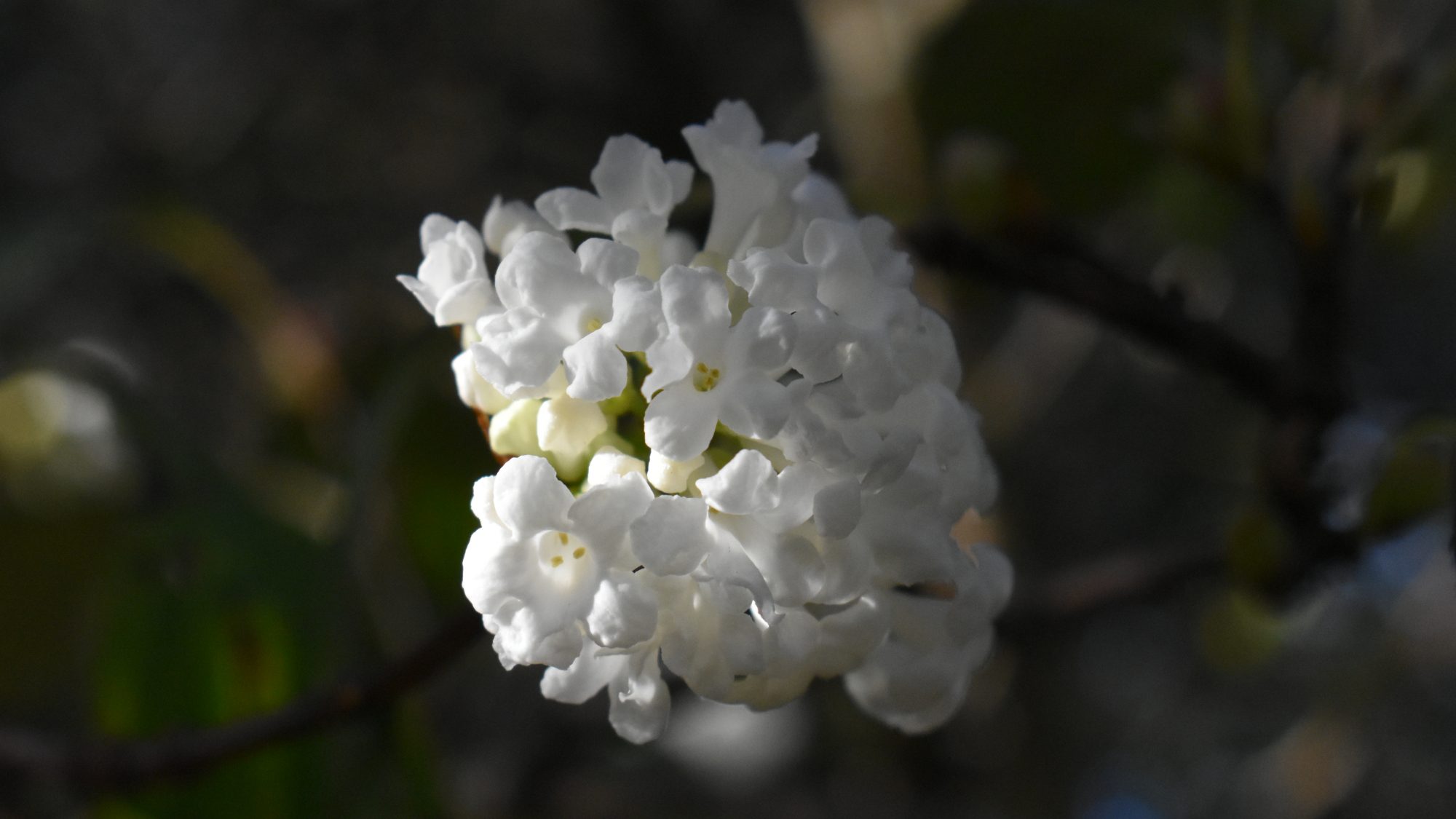 The white form of this familiar winter-flowering shrub can be found in the Viburnum collection at the eastern end of the Garden.

Though known from 1835 herbarium specimens and recorded as occurring in Gansu, China, by the Russian natural historian Potanin in 1885, plants of Viburnum farreri were only introduced to our gardens from a collection made by William Purdom for the Veitch nursery in 1910.  Seed was later distributed by the Royal Horticultural Society from a 1914 collection made by Reginald Farrer, after whom this species is named. Farrer went on to describe this species as the ‘most glorious of shrubs’ in his 1917 recollection of his travels ‘On The Eaves of the World’. There is no doubting the value that this variable species brings to the winter garden, bearing pink-white, almond-scented flowers from November to March, though for much of the year V. farreri has little to offer. ‘Candidissimum’ has pure white, heavily scented flowers, and deciduous leaves of a paler green, and is arguably a more desirable selection than the straight species. Belonging to the Adoxaceae family, the genus Viburnum contains apporximately 150 species of shrubs, and occasionally small trees, predominantly from northern temperate regions, though a few exist in south-east Asia and South America.