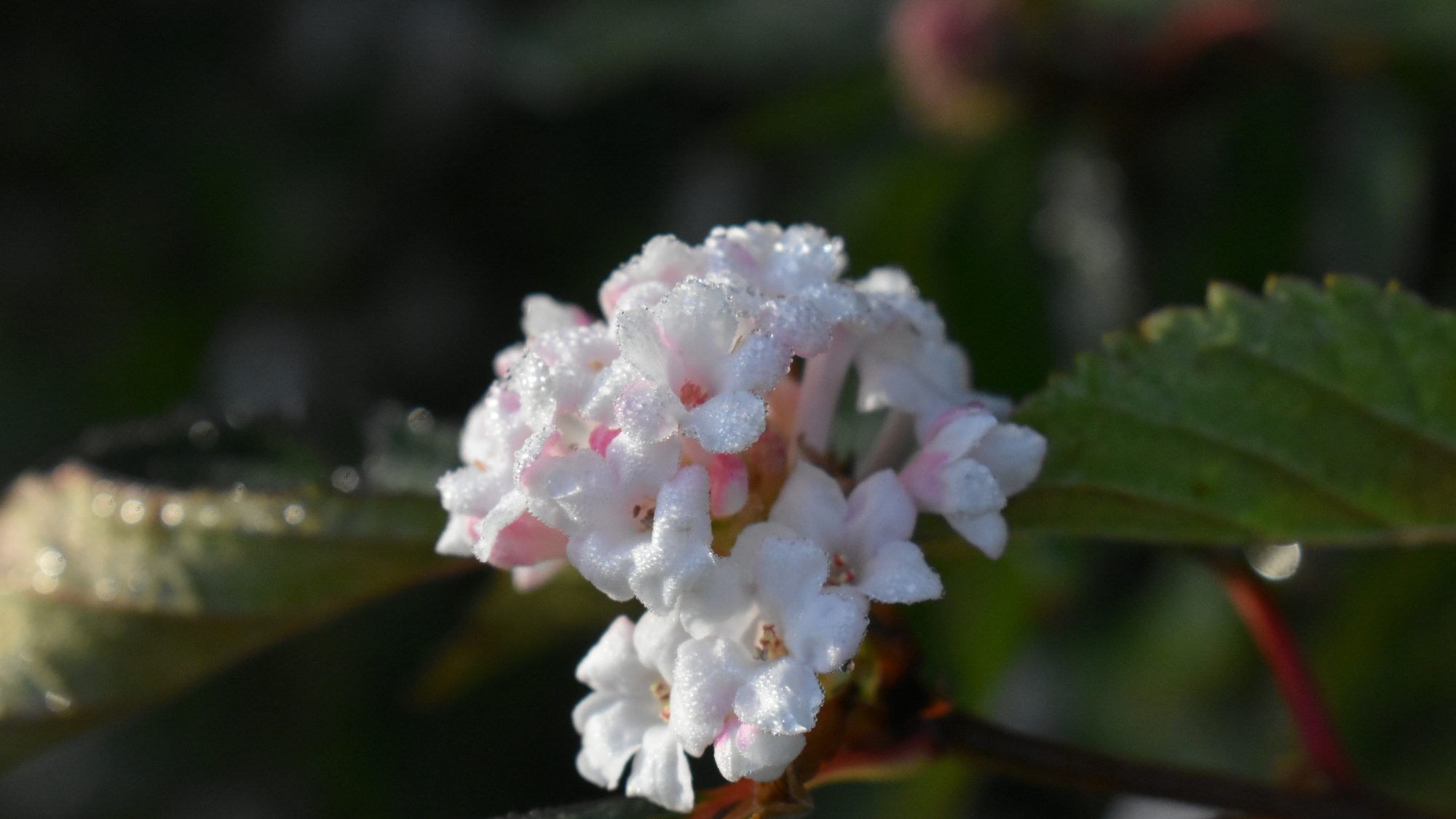 The Garden has a number of specimens of Viburnum farreri, including this one on the Chronological Bed.

Having discovered this plant in northern China the renowned plant collector Reginald Farrer wrote of it as the ‘most glorious of shrubs’. Certainly this is a fine shrub for winter, having clusters of tubular, fragrant, white or pink flowers, which contrast against a thicket of bare stems. For many it is the highlight of the winter garden, flowering from November until early spring, and filling the air with an almond fragrance. Although collected and circulated in cultivation by both Farrer and by his one-time travelling companion, William Purdom, it is Purdom who takes the credit for introducing this species, though it is Farrer who gained the glory of it being named in his honour.