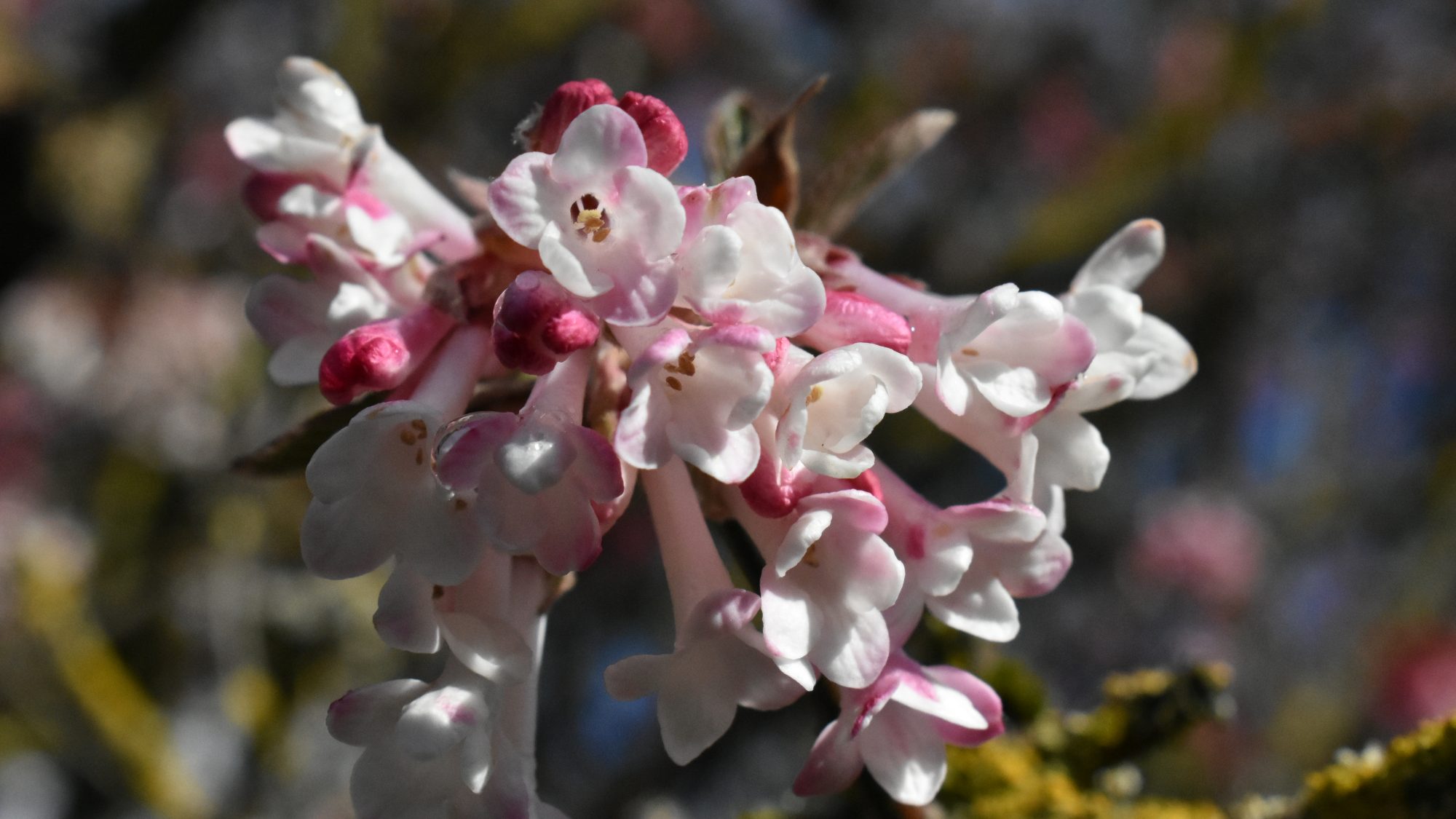 The blooms of this winter-flowering species can be admired in the Viburnum collection.

Several species of viburnum are favoured for their winter flowers, including Viburnum grandiflorum, which puts on a display of fragrant, pink-flushed, white flowers in terminal corymbs on bare stems from November through to February. The flowers closely resemble those of the more familiar V. farreri, though as the specific name grandiflorum indicates, they are larger in flower, having a longer corolla tube (flower tube). It is also distinct from V. farreri in being hairier on the undersides of the leaves and the inflorescence, and the flowers are more readily damaged by frost. As the flower develops the pink flush of the corolla fades to white. The opposite leaves are tapered and toothed, and have six to ten pairs of distinct parallel veins. One of 150 species, V. grandiflorum is a Himalayan species, and as with most of the viburnums, it grows well in moisture retentive soil in sun or part shade.