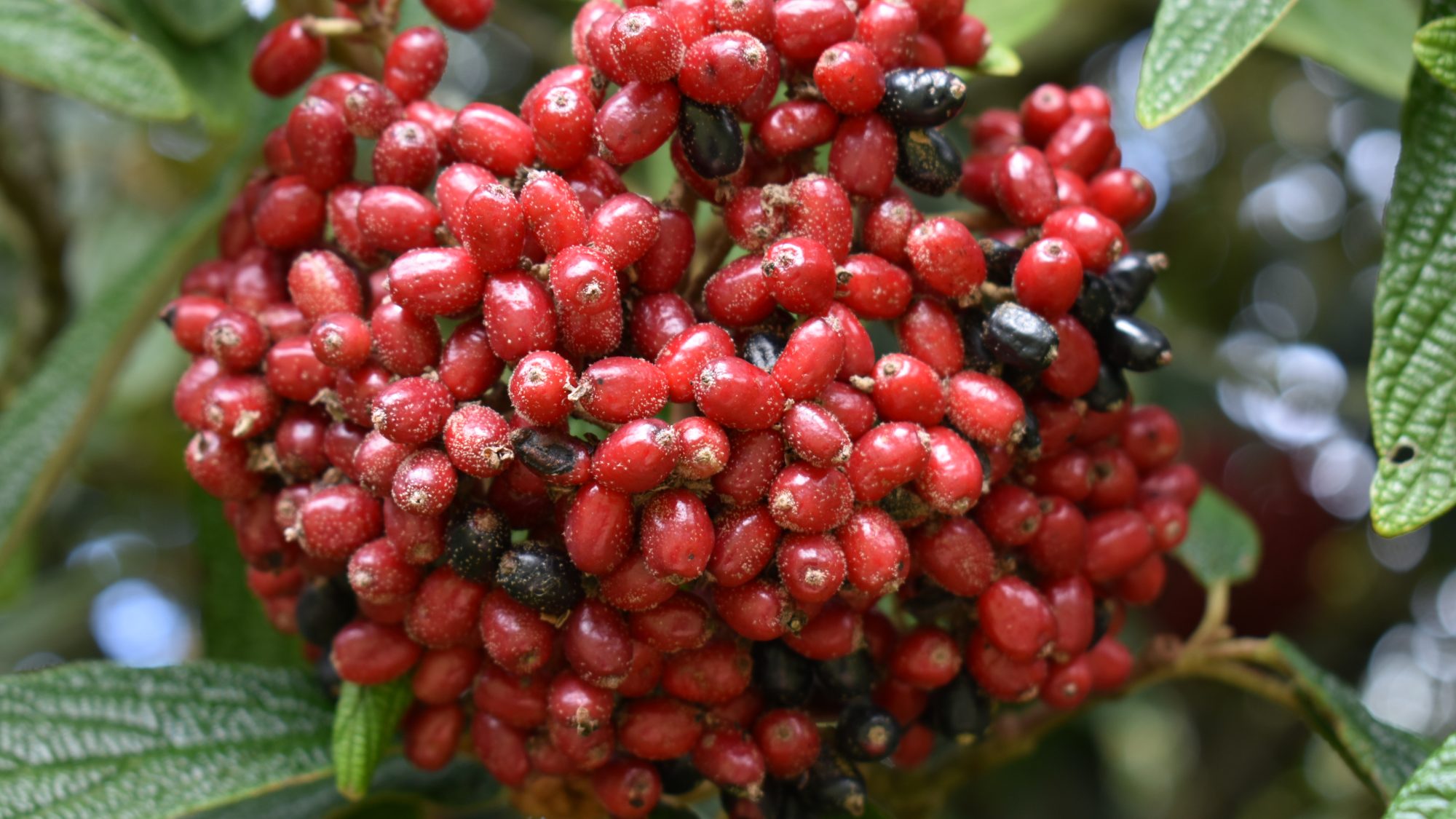 This large shrub is putting on an impressive display of glossy fruit in the Viburnum collection.

Belonging to the Adoxaceae, or elderberry family, the genus Viburnum contains over 150 species of shrubs mainly from northern temperate regions, though some occur in south east Asia and South America. Their leaves are usually opposite, though may occur in whorls of three, and the flowers are either salverform to tubular, or tubular-trumpet-shaped, with five spreading lobes. Most are relatively easy to cultivate, requiring fertile, moist soils, and occasionally protection from drying winds. Viburnum rhytidophyllum is one of the larger members of the genus, growing to 5 m in height and 4 m in width. It has ovate-oblong, glossy, dark green, heavily-veined leaves whose underside is heavily downy. In late spring it produces cymes of tubular creamy-white flowers, and these are succeeded by ovoid, glossy red fruits which ripen to black, as can be seen here. A native of central and western China this species was introduced to our gardens by Ernest Wilson in 1900.